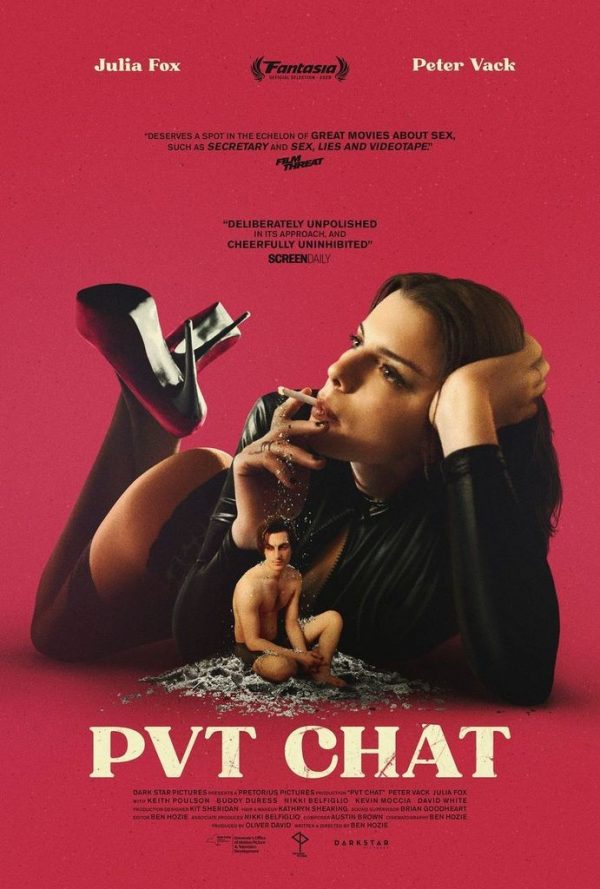 Jack is an internet gambler living in NYC who becomes fixated on Scarlet – a cam girl from San Francisco. His obsession reaches a boiling point when fantasy materializes in reality and Jack sees Scarlet on a rainy Chinatown street. 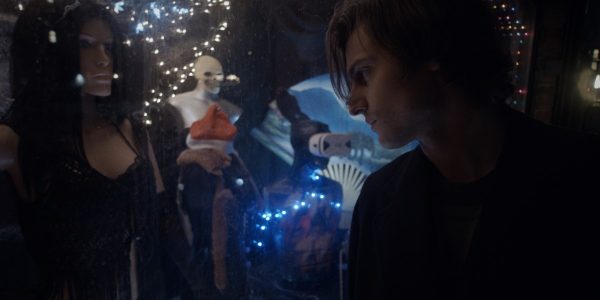 Nevertheless, Jack quickly becomes infatuated with Scarlet desiring more than just sexy talk, eager to get to know the woman behind the act. Obviously, it’s unhealthy to fixate on internet personalities but it’s especially problematic considering Jack chooses to lie about aspects of his life to seem like a more interesting and rich person. In general, he exhibits addictive behavior such as irresponsibly throwing money at Scarlet when he should prioritize other financial concerns. Realistically, Jack is single for a reason; he is about one step to the left of becoming Patrick Bateman at any second, with Peter Vack turning in a nuanced creepy performance (his smile is one expressing someone losing a grasp on reality) that matches up to Julia Fox’s stellar work as a domineering object of affection. 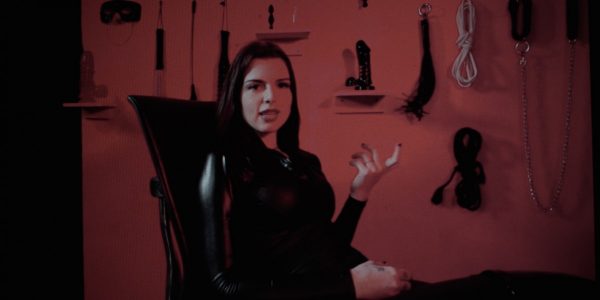 There’s also more to Scarlet revealed in the second half that takes the story of PVT Chat in a predictable direction but out of necessity to stay truthful to the real world and these characters. However, what’s impressive is how that unfolds with specific details up in the air; at any point, Ben Hozie could have taken this New York-based tale of seedy erotica into a cheap and violently exploitative direction that offers nothing of value (although some could argue the film is sexually gratuitous which feels like an unfair argument to make given the subject material) yet never does so.

Instead, PVT Chat is happy to follow Jack around throughout his unnerving routine, whether it be his real job as an online blackjack player or propping himself up as something he’s not to Scarlet and new friends along the way (a subplot but never feels as organic or engaging is anything going on between the leads). Jack also shares uncomfortable worldviews that every relationship, platonic or not, is a case of using someone or being used. There’s never a moment where he’s not unsettling, which is highly disturbing compounded with the general sense that he does seem to care for Scarlet. He also begins to take his fascination way over the line, conveniently coming across her while walking among the city streets before proceeding to stalk her. 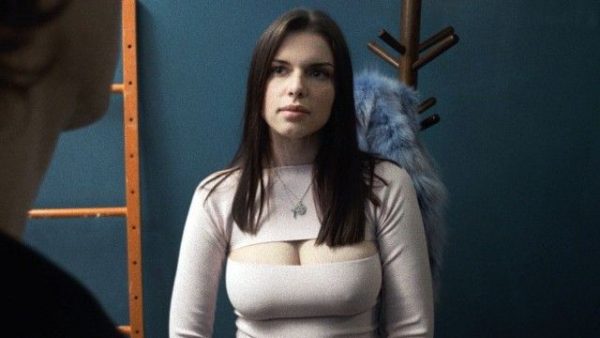 Smartly, Scarlet is given more to work with than just modeling, as the narrative does a fairly decent job at pivoting to her perspective much more in the second half where her own complicated life is made clear. Essentially, the movie becomes a question of how far each of them will take the game they are individually playing, and what will the consequences be when it finally blows up in someone’s face. Or maybe in some twisted way these two deserve each other. PVT Chat builds to a climax that is both unnerving and raw. It’s a horror movie about the dangers of online addiction that excels with controlled anxiety and grounded acting. Julia Fox continues to dominate as a performer, but Peter Vack also leaves a strong impression as a creep. The ending will assuredly linger for multiple reasons.