Modus Games has today unleashed Ultraman’s Bemular into the world of Override 2: Super Mech League as part of the game’s Season Pass.  Taking a break from the hit Netflix anime series, Bemular will come with a devastating move set which can be seen in the new trailer below… 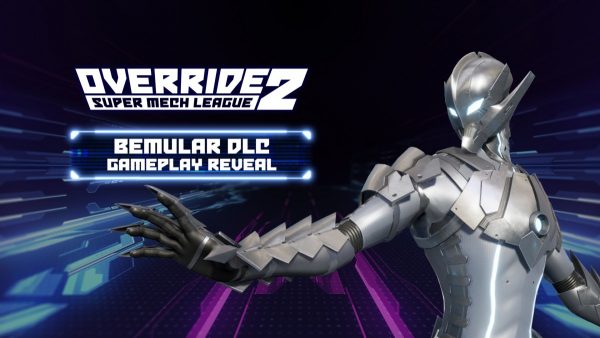 Due to his strange alien origins, Bemular uses deadly energy attacks that will devastate enemies.  These moves are:

Bemular is the second of four Ultraman characters coming to the game with Black King and Dan Moroboshi set to arrive in the coming months.

Also released today are a few additional updates to the game making tweaks and balancing changes, plus the addition of co-op matchmaking (for up to 2 players) in Leagues and Quick Play modes on all platforms.