With the Justice League saga coming to the end of its long journey this March, and Zack Snyder having recently revealed that Warner Bros. has “no intertest or appetite” in a follow-up, it appears that the director of 300 might be planning to return to the battlefield with a “faithful retelling” of the legend of King Arthur. 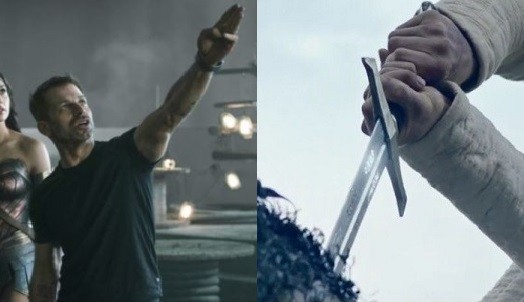 Speaking to the I Minutemen Podcast, Snyder revealed that he was going to try and tackle the age-old Arthurian legend, saying “I’m working on something but we’ll see. I’ve been thinking about some kind of retelling, like, a real sort of faithful retelling of that Arthurian mythological concept. We’ll see. Maybe that will come at some point.”

It’s an oft-told tale which has thus far failed to yield too much success on the big-screen, most recently with 2017’s Guy Ritchie bomb King Arthur: Legend of the Sword, but also as far back as Antoine Fuqua’s similarly underwhelming King Arthur in 2004. Even the Transformers franchise attempted their own take on the material with series-nadir Transformers: The Last Knight.

With 300 jostling for top-billing on Snyder’s CV, he might just be the right man to finally pull the sword from the stone and deliver a film befitting the legend. Do you want to see yet another attempt at telling this story on the big-screen, or is it best left consigned to history? Let us know what you think using our social channels @FlickeringMyth…