Two directionless sisters brave a cross-country road trip to rescue their grandmother from a COVID outbreak at her nursing home.

The last year-or-so has seen countless films made and released in the shadow of the COVID-19 pandemic, from already-shot projects which coincided thematically with the ongoing situation, to films specifically about living through it.

Nobody could be judged for shying away from films so intimately concerned with our own grim reality; what may have been a cute concept months ago feels practically tiresome a year into the pandemic. And though some may find a certain catharsis in them, for many they’re the last thing they want to see right now.

But Mallory Everton and Stephen Meek’s new comedy Recovery appears to be acutely aware of this, scrunching the collective anxiety and frustration of an entire year into a ball and making light mockery of it, yet without trivialising its physical and spiritual toll.

In February 2020, mere weeks before the pandemic is officially declared, sisters Jamie (Whitney Call) and Blake (Everton) are busy planning what their year will look like, only for inevitability to strike. But the siblings ultimately have more to contend with than “mere” lockdown and boredom; their dear Nana is trapped in a far-flung nursing home afflicted with a COVID-19 outbreak, setting them off on a cross-country road trip to rescue her before it’s too late.

It’s not unkind to say that the comedic throughline of the script – co-written by leads Call and Everton – is an extremely broad one, picking the relatively low-hanging fruit we’ve likely all pored over in our minds many times already, but at least doing so with a self-deprecating, energetic charm.

From idiots who aren’t taking COVID seriously to the myriad brain-warping ways in which the world has changed over the last year – where even basic human communication while wearing a mask can be challenging – it is nothing if not a film which captures the global moment in a vivid, riotous snapshot. The dreams that went up in smoke, the lockdown birthdays, the seemingly unstoppable wave of COVID; it’s all painfully familiar, albeit shot through the more diverting prism of situational character-driven comedy. 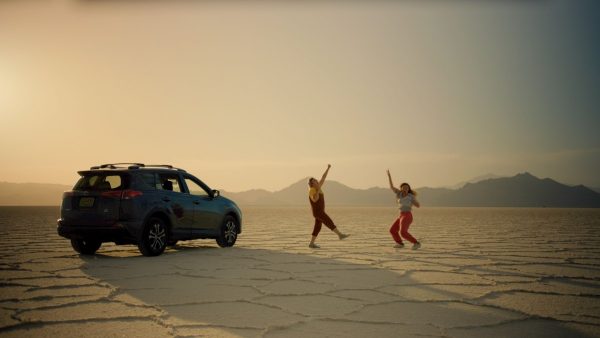 Recovery is clearly a project made on a shoestring budget, touting a slung-together style which befits its sure status as a “hangout movie.” A solid half of the story is set entirely in Jamie and Blake’s car as they shoot the shit and make their way towards Nana, coverage captured mostly through locked-off cameras fixed to the car, presumably allowing the acting duo to riff to their heart’s content. One suspects the various stop-offs during the trip were largely written around whatever locations and actors the production had easy, low-cost access to, yet more often than not the results are endearingly slapdash.

Much of that comes down to Call and Everton, whose chirpy banter could certainly become grating in lesser hands, yet the rat-a-tat, Mads Libs-style chit-chat never lingers on one subject or gag long enough to irritate. One of their more memorable discussions involves a very particular dilemma – would you date someone with rotisserie chickens for hand and a honey-glazed ham for a butt?

If you can relate to the shameless silliness of that, then you’ll probably find enough entertainment value throughout. It helps immeasurably that the quip tennis is broken up by the aforementioned detours, and the film sensibly keeps itself to a tight 80 minutes – likely more a result of its seat-of-the-pants production, mind.

Despite its low-fi conception, it nevertheless serves as a handsome travelogue of American nature, scored by a series of dreampop licks which again accentuate the film’s general chillout vibe, no matter the literal ticking clock at the center of the narrative.

But even with the vaguely zombie movie-esque nature of the Nana-saving plot, this isn’t ever a film which asks audiences to think too hard about the darker aspects of the pandemic, keener instead to embrace the consciousness-shifting absurdity of it all, and how the most fraught of circumstances can bring people closer together.

Though a card-carrying Pandemic Movie, Recovery’s potentially wearisome depiction of a reality we’ve all lived through is offset by its escapist goofball charm.