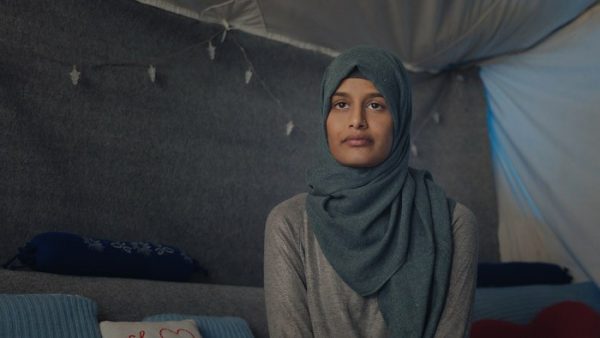 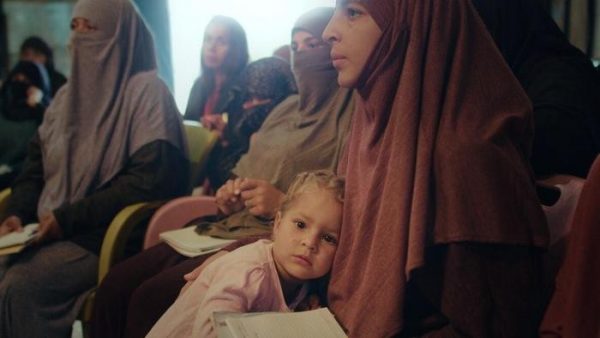 Alba Sotorra Clua’s new documentary tackles a highly contentious, emotionally charged subject with piercing, humanistic insight, as she profiles several of the so-called “Brides of ISIS” – women who defected to Iraq and Syria from their native nations and are now fighting tough legal battles to be repatriated.

The debate about what should be done with ISIS defectors is certainly multi-faceted and challenging, though you won’t find any shortage of people across the globe who believe they’ve effectively forfeited the right to their naturalised citizenship.

As such, the women featured are all stuck in a tricky position of stateless limbo, currently residing in Syria’s Al Roj Refugee Camp as workers there attempt to liaise with their generally disinterested governments to return them home.

By far the doc’s most high-profile figure is Britain-born Shamima Begum, who in 2015 left the UK at age 15 with two friends to join ISIS. Five years later, both of her friends and all three of her children are dead, and the British government has revoked her citizenship – the latter act hugely controversial given that the right to a nationality is largely held to be a fundamental human right, and Shamima is arguably Britain’s responsibility.

It doesn’t take long for Clua to get into the complex weeds of radicalisation, and how young, impressionable, lonely, lost people can be programmed to follow ideology no matter how horrifying. It is an uncomfortable truth that many don’t want to hear, that these defectors represent yet another layer of terrorist victimisation, even if they themselves are also labelled terrorists.

All the women interviewed have their own heartbreaking stories, whether fleeing the prejudice of a post-9/11 America or, in perhaps the most surprising case, a Canadian woman named Kimberly Gwen Polman who became vulnerable to ISIS recruitment after her children left home and empty nest syndrome kicked in. If their claims are correct, most of these women were in some way duped, given the impression that they would be helping to build a community, and that they were free to exit at any time. 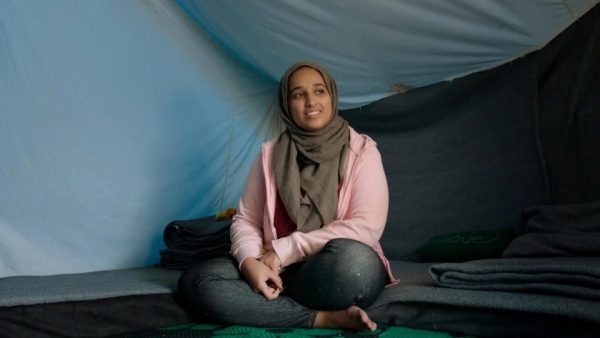 But ISIS employed a wide range of abusive and manipulative tactics to prey upon young women in particular; propaganda videos, relentless online marketing, and most insidiously of all, trawling social media to groom those most vulnerable. More than any prior tools in human history, the likes of Twitter, Instagram, and Facebook allow an extremely efficient, algorithm-driven means of brainwashing, where a firewall of fake news can be built to inoculate the radicalised person from any wider truth.

On the physical side there’s rampant sexual abuse and trade of women as commodities, and by film’s end it’s clear that each woman featured has seen so much death and devastation, particularly amid the fall of the ISIS caliphate. On top of all this, even the comparative safety of the refugee camp poses its own dangers, with the fear of still-radicalised women in the camp attempting to kill those who speak out against ISIS.

In one of the film’s most moving scenes, the women discuss what they hope to do and see when they get home – most can’t wait to get their hands on a greasy, meaty meal, funnily enough. But even in the event they do get to go home eventually, one has to ask – what then?

How should they be treated? Prison? Therapy? Deprogramming? Disturbingly, most nations only seem interested in taking custody of the women’s children, which when juxtaposed against disturbing footage of infants playfully talking about the merits of a jihad, gives viewers some uncomfortable food-for-thought to chew over.

Today, the women largely remain stateless persons, because no country wants to be the first to be seen “kotowing” to terrorists. The uphill repatriation fight continues, as a grim closing title card informs us that 64,000 ISIS women and children remain in camps.

Whatever your own opinion on Shamima and others like her, Clua’s film powerfully argues that understanding the victimisation of these women is a necessary component of understanding ISIS itself, which has used propaganda in unprecedented ways to wrap its manacles around those in apparent safety thousands of miles away.

The Return: Life After ISIS lends illuminating perspective to an extremely complex and thorny issue.