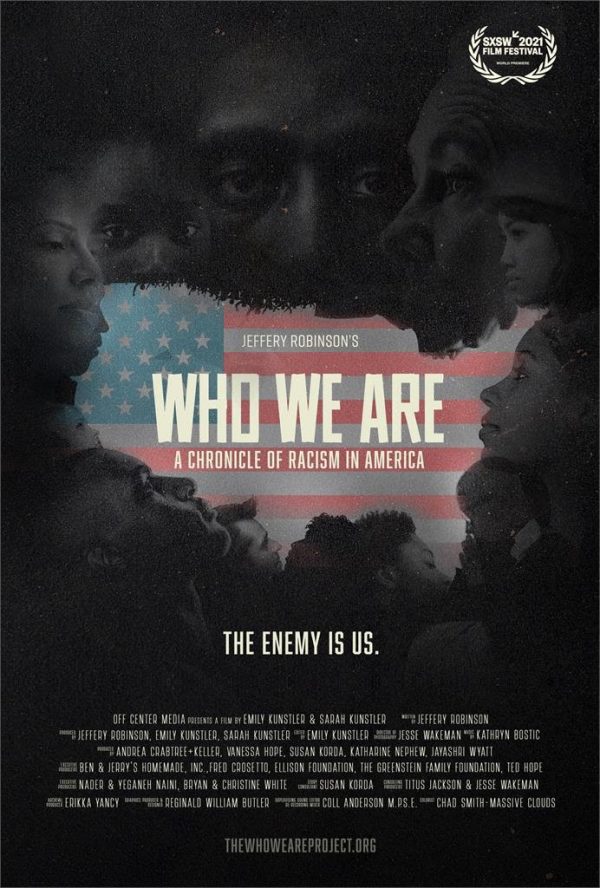 ACLU lawyer Jeffery Robinson’s shattering talk on the history of U.S. anti-Black racism is interwoven with archival footage, interviews, and Robinson’s story, exploring the legacy of white supremacy and our collective responsibility to overcome it. 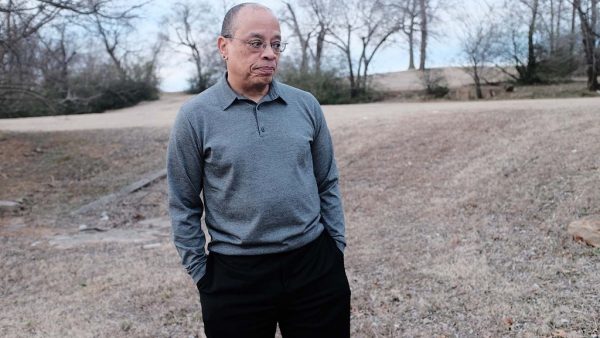 If the prospect of watching a filmed talk about systemic racial inequality in America may not sound terribly alluring to some, ACLU lawyer Jeffery Robinson ensures to quickly prove otherwise in this richly absorbing and passionately persuasive examination of social ills still holding the nation back.

Truth be told, this is far more than the point-and-shoot lecture you might be expecting. Yes, Robinson’s presentation to a live audience isn’t particularly remarkable from a cinematic perspective, but directors Emily and Sarah Kunstler – daughters of noted lawyer and civil rights activist William Kunstler – shrewdly intercut the man’s polemic with interviews and excursions out in the field. The end result is alchemical, shaking off any prospect of dryness and ensuring all of the film’s 118 minutes are damningly informative.

As Robinson lays out early on, even if you’re white and not a racist you’re almost certainly a beneficiary of racism, and even well-intentioned people can allow unconscious biases to negatively affect their actions. True progress requires the sort of unpleasant introspection most are simply uncapable of, and that’s without even considering the means through which society conditions the Black community to also view itself with suspicion.

Within these dense two hours, Robinson takes us back to the beginnings of racism in America by way of the slave trade, and even if you purport to have a firm history of America’s troubled past, you’re likely to learn something here. In America’s South you can find the handprints of slaves in the brickwork of buildings – a haunting reminder of quite how literally the country’s foundations were built on white supremacy.

But Black subjugation is apparent in far more than bricks; there’s the deeply troubling, slavery-championing third verse of the ever-precious “Star Spangled Banner,” the fact that the Electoral College was created to empower southern whites, and that southern police forces were founded primarily to preserve slavery.

Predictably, money and greed are the motivators behind so much of the cruelty and injustice; America’s booming cotton exports only bolstered the demand for slavery, which led to women being quite literally bred to produce more slaves. Abolition came along eventually, of course – albeit not without generous reparations to the slave owners – but it was just the beginning of a long path to true freedom still ongoing today.

That path continues to be slowed by the trickle-down of racism; schools wants to circumscribe the slave trade’s role in the Civil War, monuments to slave owners still stand, and the recently-departed president frequently attempted to rewrite the nation’s history on Twitter of all things. 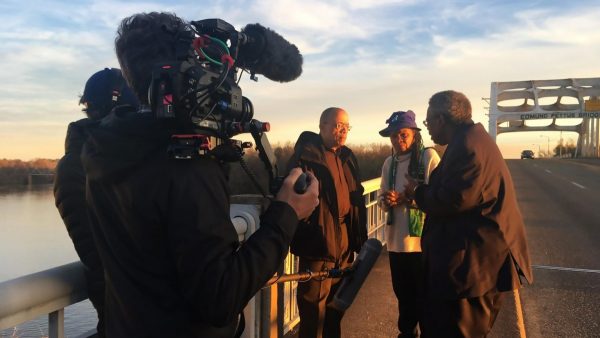 Robinson also concisely details the 1921 Tulsa massacre, another disconcertingly under-reported incident from America’s dark history, which left up to 300 predominantly Black people dead. Just last year, mass graves from the massacre were discovered, and it’s theorised that many more may be buried underneath a nearby highway.

Contemporary history is understandably dealt a more expedient approach, the typical touchstones – Martin Luther King, Jr., Nixon, the War on Drugs, the ’80s crack epidemic, Bill Clinton’s crime bill – being explored in more superficial, cursory fashion. But what truly elevates this film from a potent presentation to something more is Robinson’s in-the-field interviews with Black victims of racial violence, from a stunning chat with 105-year-old Lessie Randle, one of the Tulsa massacre’s few remaining survivors, to Gwen Carr, the mother of slain police brutality victim Eric Garner.

In one especially enervating sequence, he also speaks to confederate flag-wavers whose staggering cognitive dissonance might be funny were it not so terrifying. Robinson, for his part, attempts to engage and even shakes one of their hands; he expresses a desire to at least try and change minds, even if it’s a practically Sisyphean task with people so averse to facts and logic.

As much as Robinson keeps himself relatively detached from the overall “narrative,” one deeply moving detour sees him reuniting with two white school friends to recount stories of racism from their youth – in one case, a tale that one of his friends had actually protectively concealed from him until now. He also revisits the predominantly white neighbourhood where he was raised and details the infuriatingly convoluted circumstances through which his parents were able to secure a home there (hint: a white person helped them).

All in all Who We Are may make you feel a little uneducated on some major issues, but if you’re watching and listening, that’s surely something. Robinson makes for an extremely engaging, surprisingly good-humoured voice who often encourages his audience not to take his word for it, to do their own reading.

While there is the faint feeling that he is very much preaching to the converted here, that those most in need of this talk will never bother to listen, it is nevertheless an extremely valuable educational asset that will if nothing else bolster your broader knowledge of America’s complex and unsettling history.

This is an extremely well-argued primer on systemic racism that clearly outlines the mountain of work laying ahead of not only America but also the world.