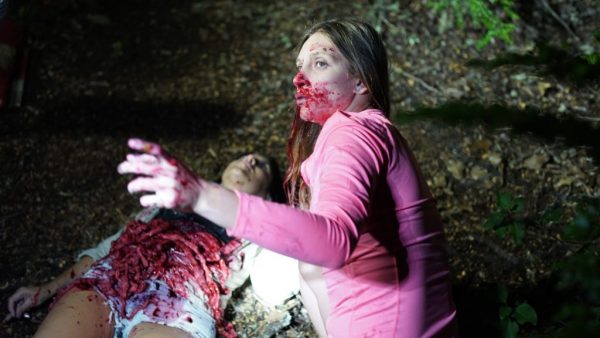 Following its festival run last year, we now have a new poster and trailer for director Patricio Valladares’ sci-fi horror Embryo which follows Evelyn (Romina Perazzo) a woman who finds herself craving human flesh after she is abducted and impregnated by otherworldy beings while on a camping trip with her boyfriend. 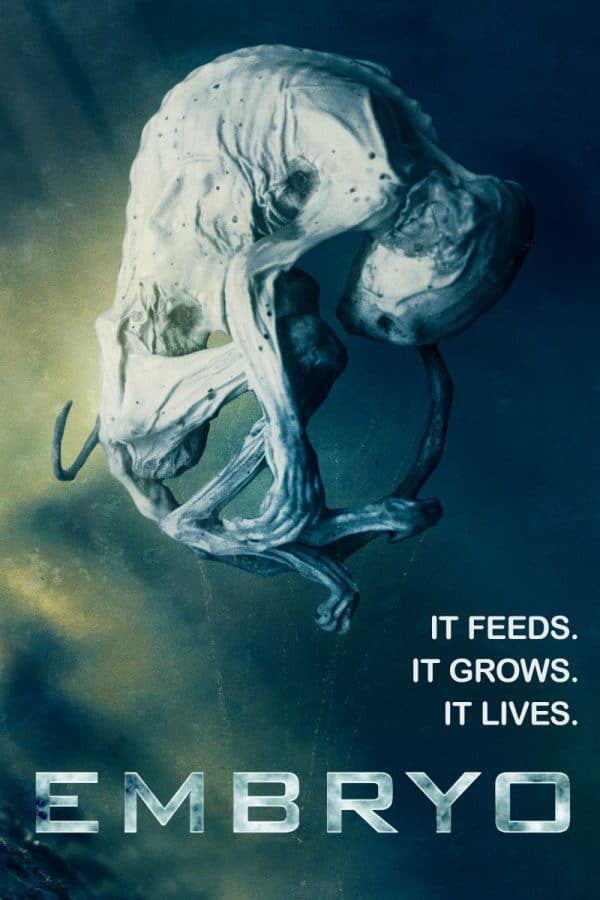 Kevin and his girlfriend Evelyn are camping in the woods when she is abducted and impregnated by otherworldly beings. As the entity inside her begins to grow at a rapid rate, Evelyn’s cravings can only be satiated by the taste of human flesh. When she brutally attacks a doctor, they go on the run to the big city where they can find help to remove the embryo that is slowly taking over Evelyn’s body.