To say the March of 1981 in the UK was an average month was a bit of an understatement.  The weather was miserable and wet (being the second wettest March on record in England), unemployment was high and lots of people were knackered after the first ever London Marathon.  Not even the opening of the very first Homebase store could cheer people up, however, there was one thing that did cheer up the masses and that was the release of a new computer onto the market….. 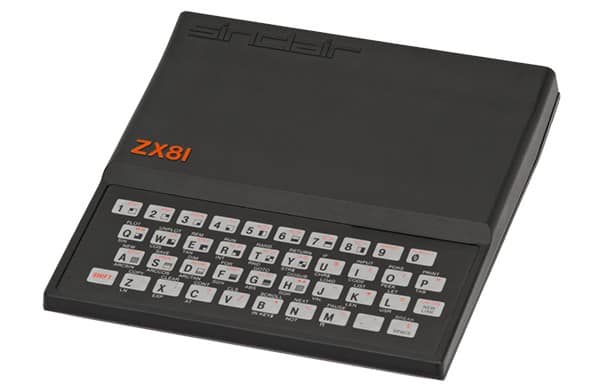 The successor to Sinclair’s ZX80, the ZX81 was designed to use as few components and be as cheap as possible for a public eager to get involved in the computer age.  This new computer borrowed many of the features of the ZX80 including the unconventional keyboard, which was just a sheet of plastic over a circuit board, and the use of the Z80A microprocessor.  The unexpanded computer came with just 1KB of memory but an external RAM cartridge could be purchased separately to take it up to a wonderful 16KB.  Unfortunately, some of the expansion boards, such as on the one I adopted from my brother, suffered from ‘memory wobble’ which caused the computer to reset whenever the device was nudged (I got some beatings from my older brother for accidentally and maybe sometimes deliberately doing that).

The ZX81 was also entered into the BBCs bid for a computer they could use to tie in with their home computing programme, unfortunately for owner Clive Sinclair they chose the larger and more sturdy BBC Micro.  Sinclair wasn’t best pleased, but let’s be honest, can you picture how long the little fella in the image above would last in a primary school with clumsy kids trying to play Granny’s Garden (a nightmarish ‘educational’ game that seemed so good through child eyes)?

Notable games for the ZX81 were 3D Monster Maze,  Mazogs and The Gauntlet, although many great games could be typed in from magazines and books for very little cost.

In March 1981, Williams Electronics released Defender into the arcades and although it was slow to gain the popularity of other arcade classics it nonetheless became one of the highest grossing arcade games ever.  Such is it’s importance from the golden age of arcades that it is referenced in Guardians of the Galaxy 2 and Ready Player One.

Defender is a horizontal scrolling shooter that puts players in a small spaceship on the surface of an unknown planet currently being invaded by little green aliens.  These pesky little aliens are after the humans on the surface and the only way to stop them from kidnapping our fellow astronauts is by blasting them away.  However, let an alien kidnap a human and they get turned into a fast moving mutant creature that zones in on destroying the ship.  Of course, it’s best not to let that happen because 1, you only have three lives and 2, if all humans get abducted the planet explodes leaving nothing but angry mutants. 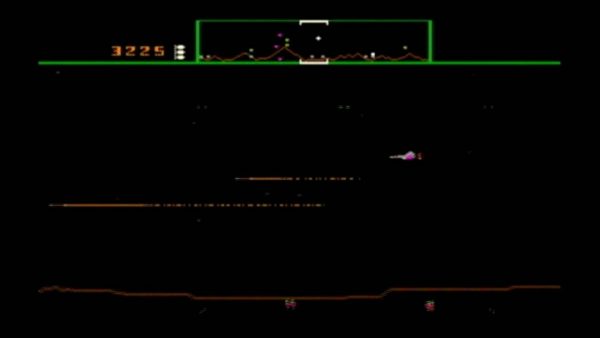 There’s been many clones of Defender made over the years, these include Gauntlet on the Acorn Electron/ BBC, Invasion of the Body Snatchas! for the Spectrum and Repton for the Apple II (not to be confused with the brilliant Repton on the Acorn computers).  Remakes over the years include its inclusion on the Williams Arcade’s Greatest Hits compilation cartridge released on the SNES, Megadrive and PS1 in 1996 and a remake on the Xbox, PS2 and Gamecube in 2002. 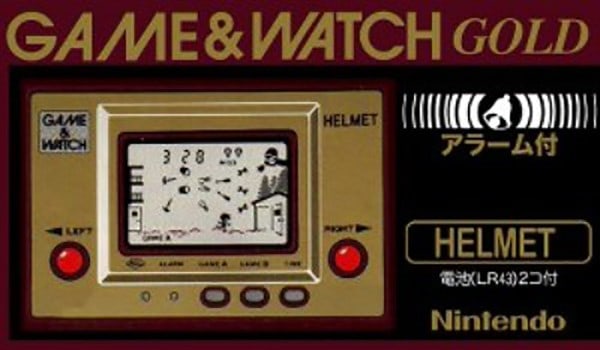 Headache, or to go by its proper name Helmet, is a single screen Game & Watch from Nintendo (licensed by CGL in UK) and like the majority of Game & Watch games is simple yet amazingly addictive.  If you are wondering why the UK has a different name then legend has it that it’s because at the time helmet was being used to describe something much more vulgar by the teen population, I’ll just leave it at that.

This Game & Watch is very simple, players take control of happy little construction workers and get them safely to the shed on the other side of the screen.  The only problem is there’s a maniac above constantly throwing an unlimited amount of tools down, to make matters worse the workers can only escape to the safety of the shed when the door is open and there’s no going back in the building on the left once you leave. Points are awarded for every chap you get to safety and for every 3 tools that hit the floor, though get hit by 3 tools and it’s game over (maybe health and safety shuts the site down?).  Actually, thinking about it, the name Headache makes a lot more sense as there’s no helmets in the game at all…. in fact it’s the lack of helmets that give us the gameplay.

This isn’t the only time gamers have had chance to play Helmet as the game has been remade for the Game Boy, Game Boy Colour, DSi and the 3DS. 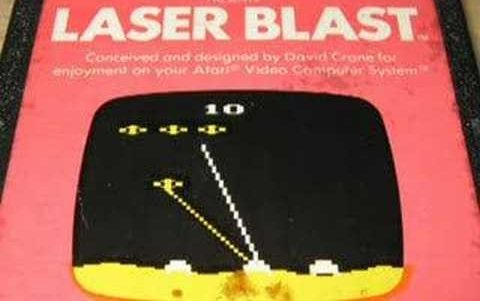 Laser Blast for the Atari 2600 – Activision

Back in 1981, long before Activision became notorious for upsetting Call of Duty fans in some way or another, they made Laser Blast.  Looking at the image you’d think this was inspired by Space Invaders but you’d be wrong.  This title is a entertaining shooter that puts players in charge of a space ship with the task of shooting all the little laser turrets firing up at you.  Each base fires a laser beam at the player and if hit then the ship crashes and it’s on to the next life, although it is possible to guide your ship to crash into a turret as it’s going down.  Clearing the turrets on the screen will move players across to the next area where the turrets move and aim at the player quicker.

Each enemy turret is worth 90 points and players can get an extra life (up to a maximum of 6) for every 1000 points they score.  Back in the day those players who excelled and gained the maximum score possible (999,999) could send in proof to Activision to be entered into the Activision Federation of Laser Blasters.  I don’t know if it actually got you anything but it certainly would get you bragging rights in the school playground.

Well, that’s all for this month, hope you enjoyed this trip down memory lane.  Though looking back on all these great games I just have one thought, Homebase is 40 years old this year.  You’d think they’d have some sort of birthday sale or something wouldn’t you?  Oh well, see you next time!