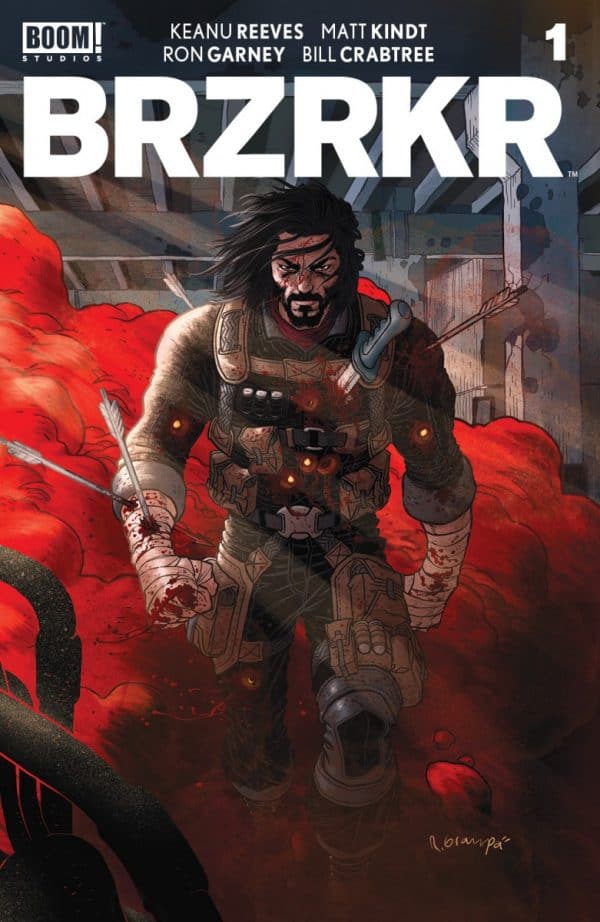 Keanu Reeves is an actor that has a reputation of being honest and down-to-earth, his personal life is not something you are going to see in the gossip magazines. He is reported to be genuine, caring and a man who loves his work, but in his latest project BRZRKR we see a main character based upon Reeves’ appearance who is far from the calm and down to earth man we all love.

BRZRKR #1 is a tragic tale. The story is based around an assassination attempt, while showcasing the natural abilities of the “Reeves-faced protagonist”. The issue shows our lead being shot at, jumping out of a plane without a parachute, being hit by a van and not breaking stride. He has insane strength where he can disembowel people with his hands, rip off arms and punch off jaws. The issue is a bit more on the gory side than I am used to in a lot of comics, and the story does seem to take the character of John Wick and give him immortality. Later pages show the people behind the curtain and how they test, rebuild and revaluate that walking and talking vessel of destruction and death. 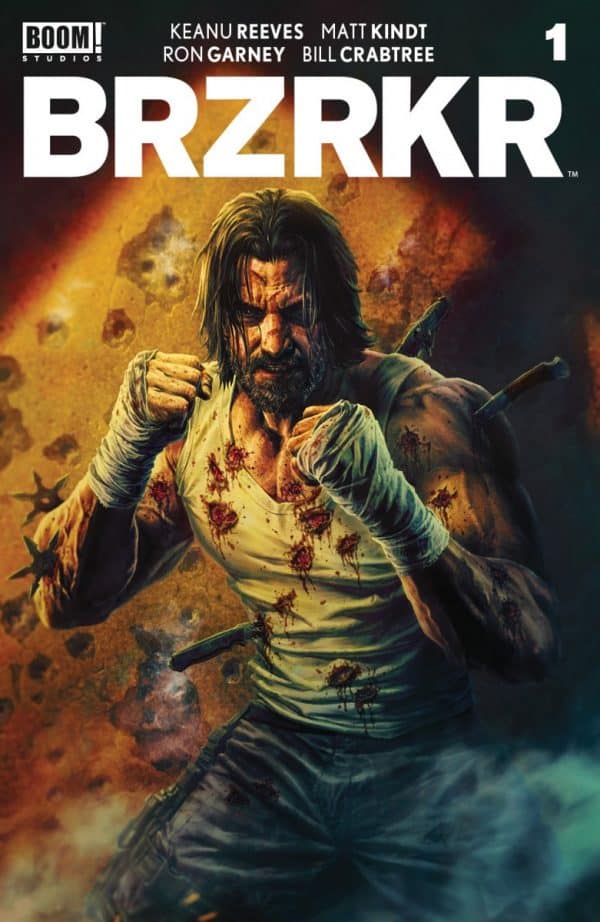 The shady U.S Government facility might seem a little too on the nose, but then why try and establish something more convoluted? The story does appear to be very on the nose for a lot of the read, but the art work is extremely well done and I can envisage the actions between the panels and I can connect the dots from the visuals given. The transition form panel to panel can be filled with “Keanu-isms”. His presence in films that a lot of us grew up with means we can relate him to the character extremely quickly.

BRZRKR #1 is not the most original or ground-breaking comic you are ever going to read. It is almost like reading a John Wick comic where his has taken Captain America’s Super Soldier serum. I will say it was an enjoyable read, for people hoping this was going to be the next stage in comics, I am sorry. It is very enjoyable though, I look forward to where we go next and what other ways we can see enemies be decimated by an unstoppable juggernaut.