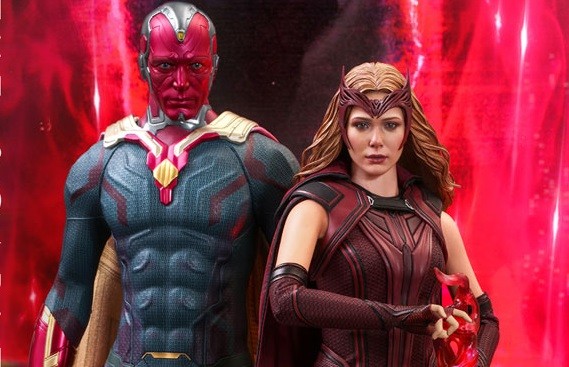 Sideshow and Hot Toys have unveiled the 1:6 scale Television Masterpiece Series The Scarlet Witch and Vision figures which are based on the appearance of Elizabeth Olsen as Wanda Maximoff and Paul Bettany as Vision in the hit Disney+ MCU series WandaVision. The Marvel collectibles are available to pre-order now, priced at $275 and $250; check out the promotional images below… 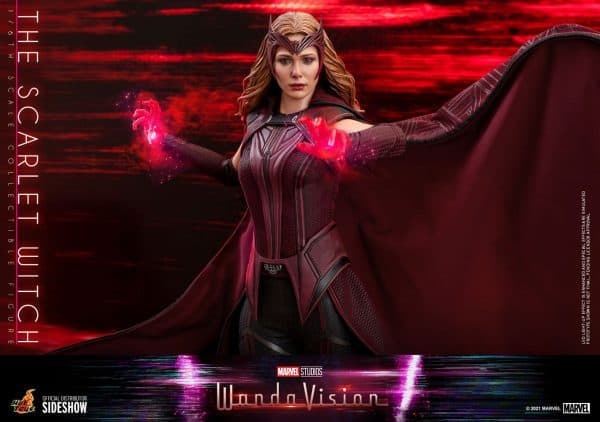 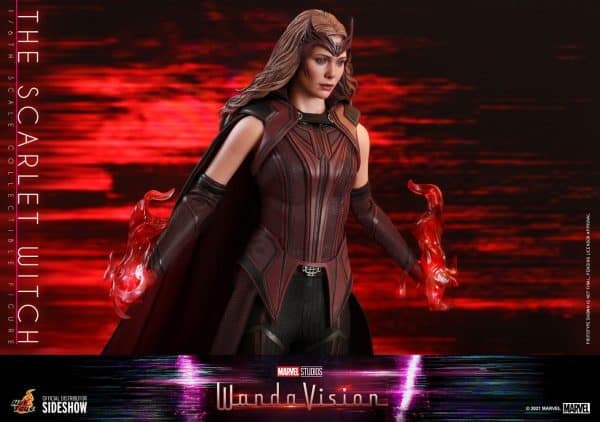 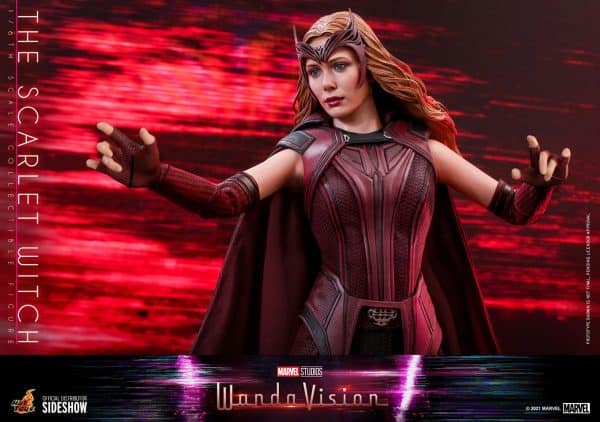 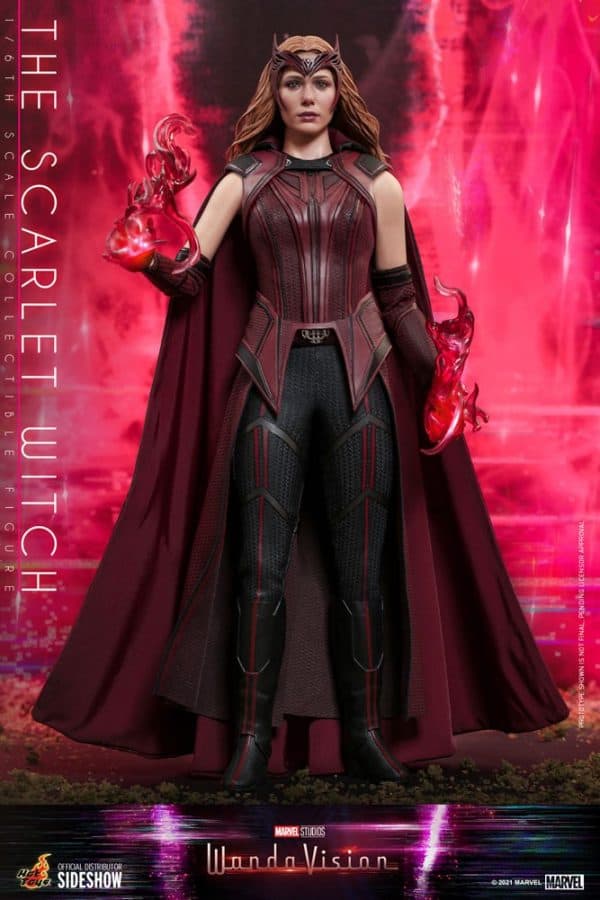 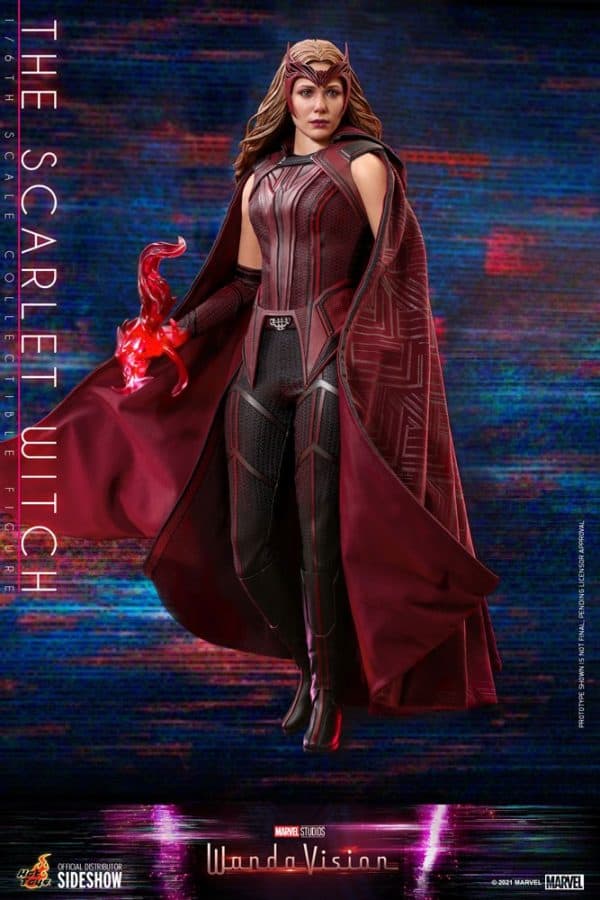 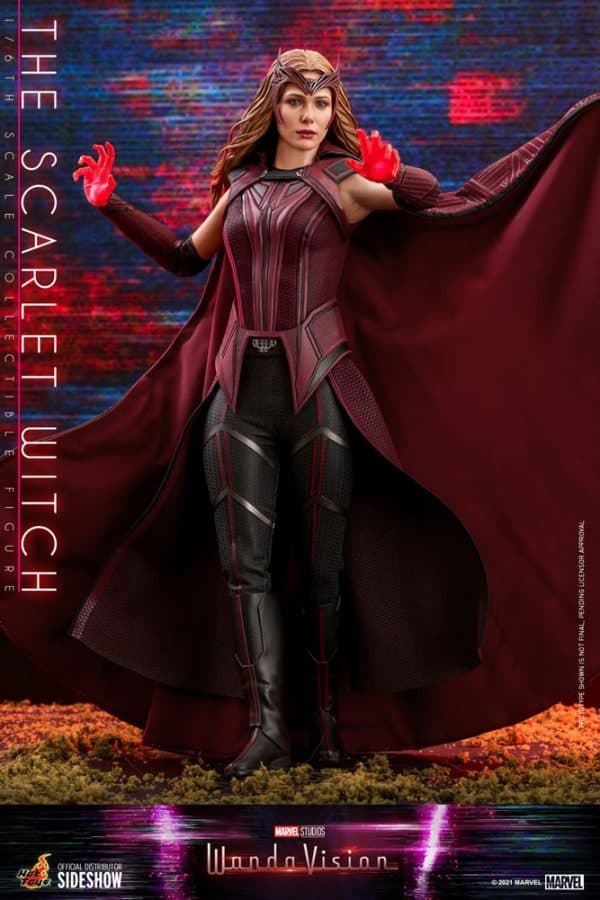 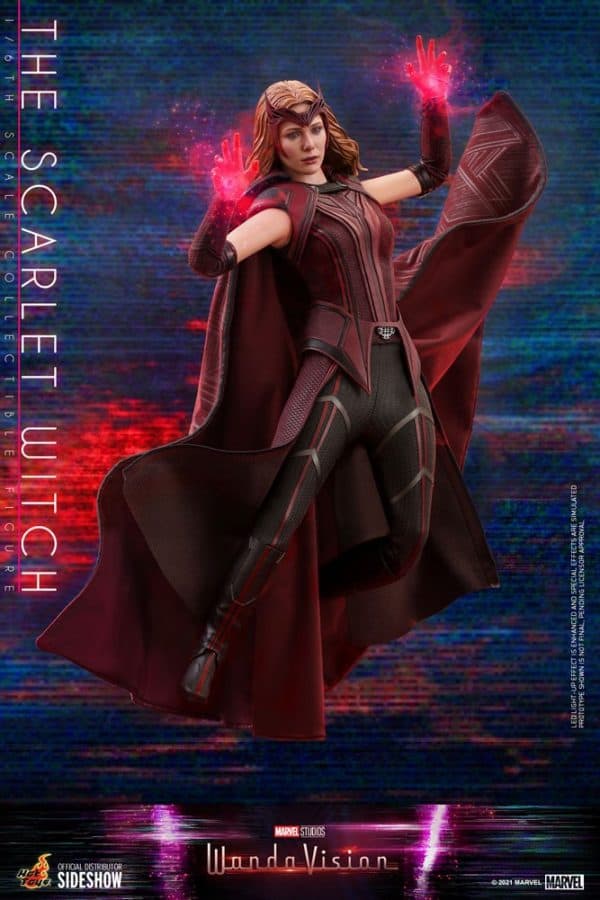 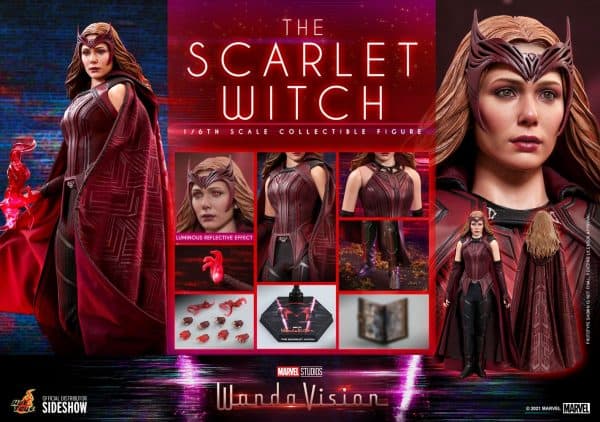 Inspired by WandaVision, Marvel Studios’ original series, Sideshow and Hot Toys are excited to officially introduce a stunning sixth scale collectible figure of The Scarlet Witch and her brand-new costume with impressive details from the series finale.

Beautifully crafted based on the appearance of Elizabeth Olsen as Scarlet Witch in WandaVision, the figure features a newly developed head sculpt with specially applied luminous reflective effect on eyes to emulate Scarlet Witch using her abilities, long curly sculpted hair and her signature headdress, a newly designed body equipped with LED light-up function on both sides of the forearms, detailed outfit including the hooded cape, specially created hands with red translucent fingertips, Darkhold book, power-using effect accessories, and a dynamic figure base for display. 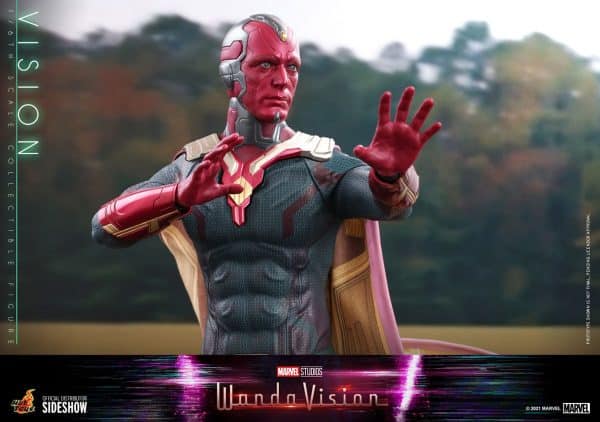 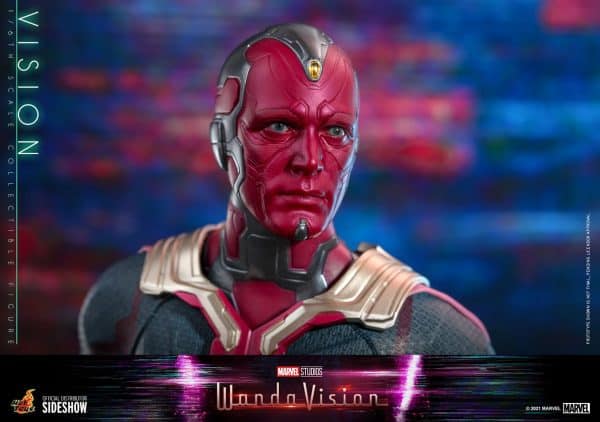 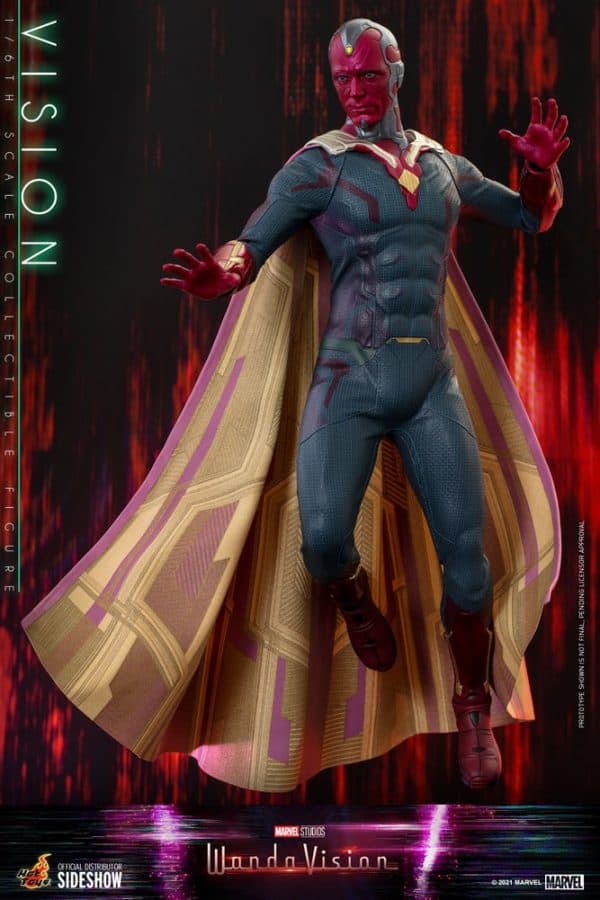 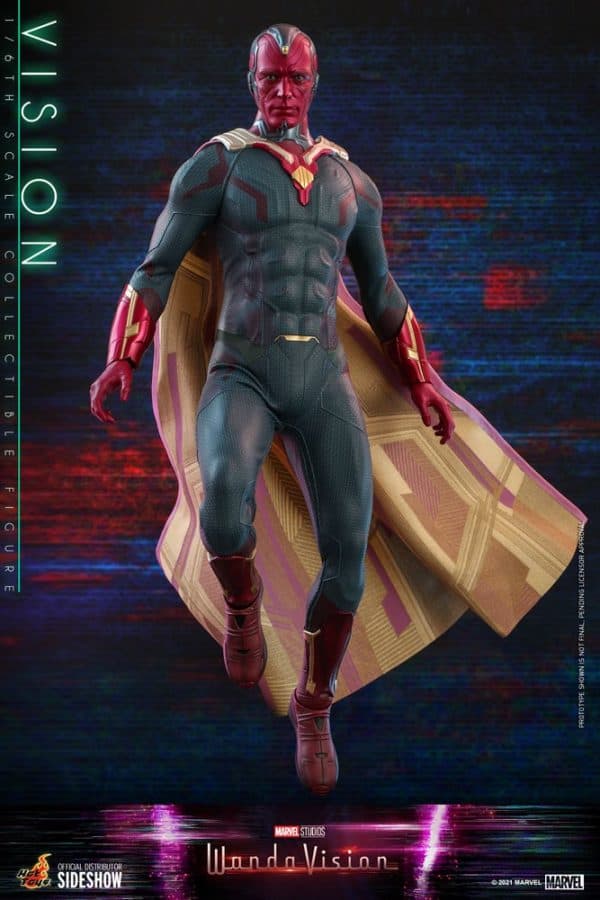 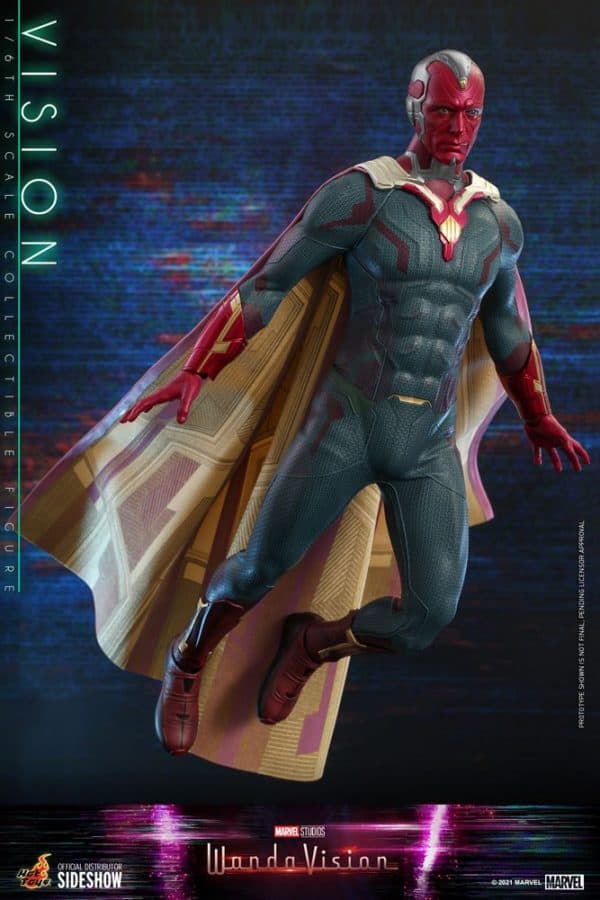 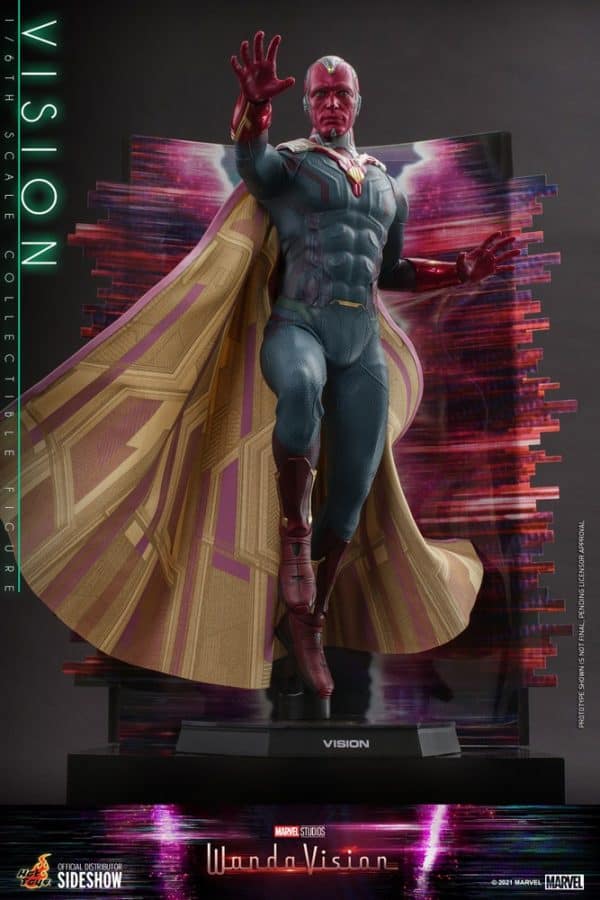 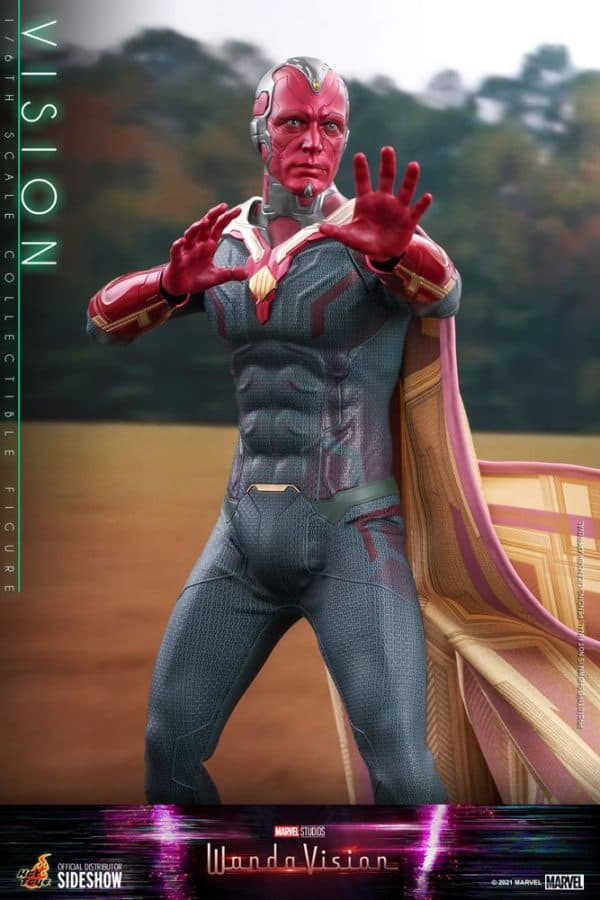 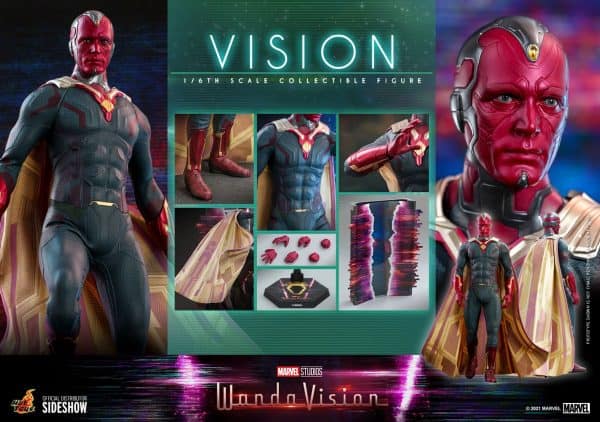 Vision is aware of the full trauma Wanda experienced in Avengers: Infinity War, having killed him to prevent Thanos from getting the Mind Stone, but heartbroken and devastated to watch him sacrificed again after the warlord revised time.

Meticulously crafted based on the screen appearance of Vision in WandaVision series, the figure features an impressive head sculpt and the Mind Stone with stunning details reflecting the android’s mechanical features, a highly-poseable specialized body, skillfully tailored outfit with cape attached, several interchangeable hands, a specially designed figure stand, and a Hex themed backdrop to recreate the scene.