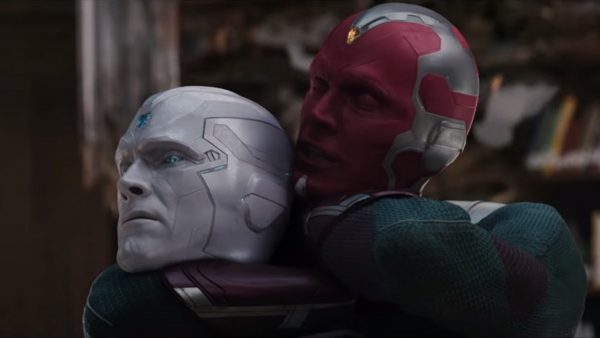 Marvel Studios’ Senior Visual Development Artist Anthony Francisco has shared some concept artwork from the Disney+ series WandaVision which gives us a look at a keyframe showing the confrontation between Vision and Spectral Vision in the show’s finale; check it out here…

I finally got the go ahead from @MarvelStudios leadership to post my keyframe for #WandaVision thank you @Kevfeige @louisde2 Victoria Alonzo and Mary Lovanos. @andyparkart who designed #ScarletWitch and lead the art team for this project thanks for assigning me this keyframe! pic.twitter.com/4lQE33sqWP