Disney has released an image from this Friday’s finale of the hit Marvel Studios series WandaVision which featuring Wanda (Elizabeth Olsen), Vision (Paul Bettany) and their sons Billy (Julian Hilliard) and Tommy (Jett Flyne) as they ready themselves for a superhero showdown! Check it out here… 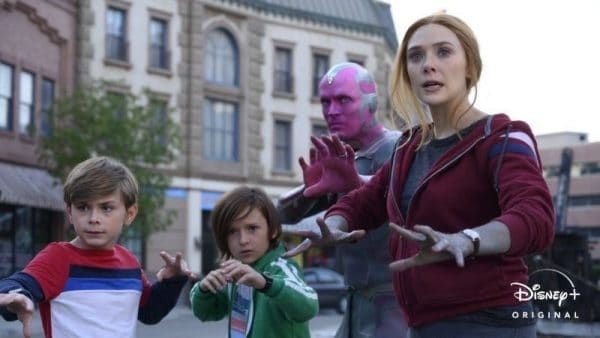