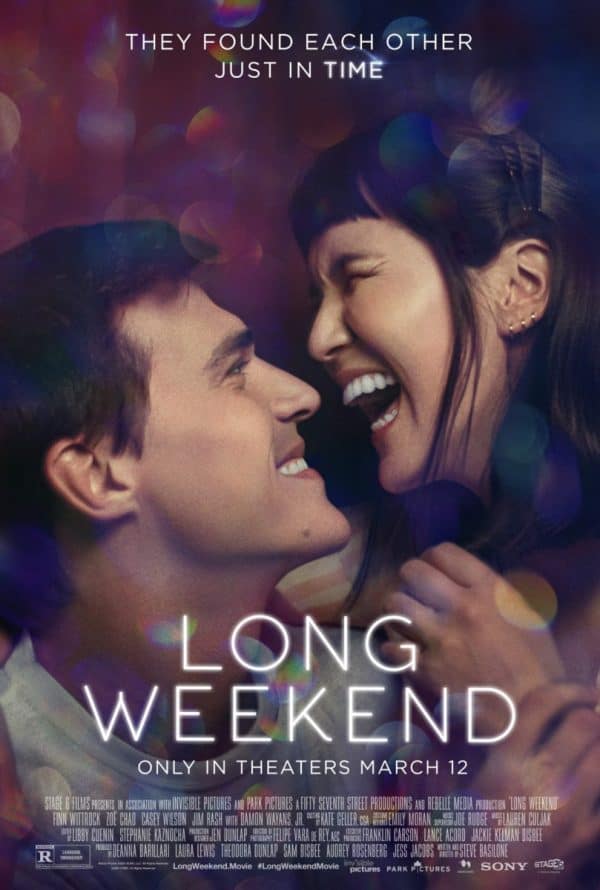 A down-on-his-luck struggling writer, meets an enigmatic woman who enters his life at the right time. 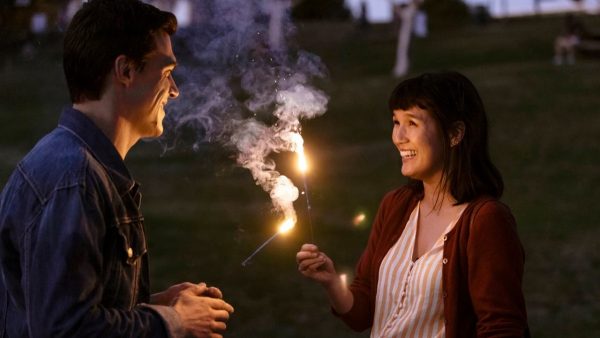 Bart (Finn Wittrock) is down on his luck right from the beginning of Long Weekend; he is only one year removed from his mom dying of cancer, recently broken up with a girlfriend, struggling to pay the bills for his apartment leaving him no choice but to move into the garage of his best friend Doug’s (Damon Wayans Jr.) family home, and it’s made clear that he has some mental health issues that he is not properly treating as therapists try to get a hold of him to no avail. After discussing living arrangements with Doug, Bart decides to hit up a place I’m sure most of us are desperate to get back to safely, a movie theater watching the Peter Sellers vehicle Being There which we quickly learn resonates with him on a personal level.

Unfortunately, on this day a combination of stress and speaking some booze into the auditorium is a recipe for falling asleep and remaining that way slouched into his seat following the conclusion of the film. The good news is that a kind, courteous beautiful stranger named Vienna (Zoe Chao) wakes him up before things quickly become uncharacteristic and almost fantasy-like; they hit it off after a few minutes of talking and decide to go out for drinks. Adding to the seemingly impossible perfection of it all are the stacks of cash she carries in her purse and a night of sex. 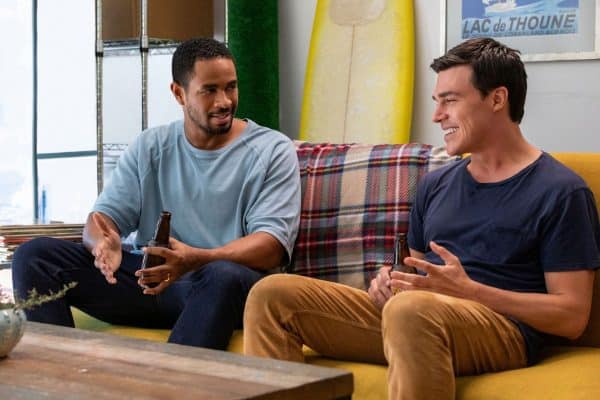 We are all thinking the same thing here and writer/director Stephen Basilone (this is his directorial debut but he is most known as a writer on The Goldbergs) is also aware, so it’s not long before Bart is questioning the existence of Vienna. After all, he does suffer from some kind of condition so who knows what could be going on inside that brain. Even Doug and his wife are in agreement that something is not right, especially considering Vienna doesn’t use or have a cell phone. Also, I normally wouldn’t want to spoil such a thing but it’s also the launching off point for the real plot of Long Weekend, so before getting into that I will say the chemistry between these leads is strong and they almost make it work with charm, but the concept needs some refining to fully believe in. Aspects of the ending are also contrived which doesn’t help matters.

With that said, Vienna is from the year 2052 and appears to have a fancy job with NASA but is using new technology to travel back in time to purchase some stocks and return to her time with enough money to do something about her mom’s cancer. Needless to say, Bart is both an object of affection and a target because she needs some form of ID to enact her plan. She also didn’t plan on genuinely falling for Bart. It’s absolutely easy to buy into the fact that these characters genuinely do like each other, as there are quite a few tender and beautiful scenes such as Vienna learning to play with sparklers for the first time or the two of them dancing together. But when Vienna starts talking about a dilemma on her hands with potentially her mom’s life hanging in the balance, something as short as a weekend is too little enough a stretch of time to give that choice the weight and emotion the story is going for. 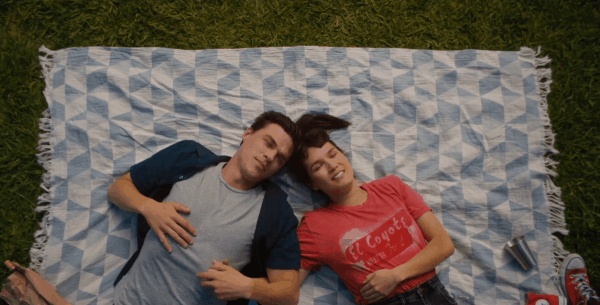 As mentioned, Long Weekend also spends a good portion of its running time trying and failing to trick viewers into knowing what’s real. There are certain things that characters acknowledge that actually make the film more predictable, but in some ways, the script is already forced into doing so. This is a slice of ambitious sci-fi romance with lived-in characters that are pleasant to be around, in need of a tighter script.