Almost three years after its debut, What We Do In the Shadows spin-off Wellington Paranormal has finally found its way onto UK television with the news that Sky have bought the Taika Waititi and Jemaine Clement mocumentary. 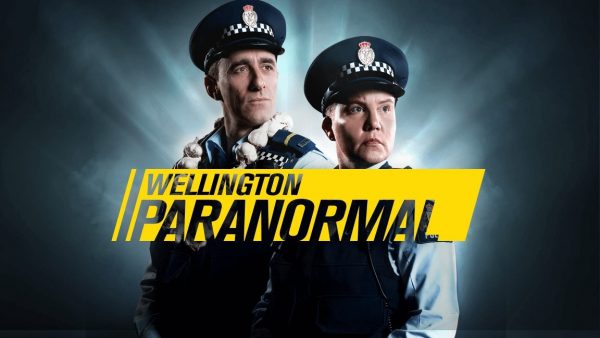 Wellington Paranormal focuses on officers Minogue and O’Leary, who you might remember as the duo who visited the vampire dwelling in one of the best scenes from Taika Waititi’s breakout comedy What We Do in the Shadows. It finds them recruited to a special paranormal unit headed up by the hilarious and largely disinterested Sergeant Maaka (the scene-stealing Maaka Pohatu), as they investigate crop circles, body-hopping demons, werewolves, and scary clowns.

“The new mockumentary series follows officers Minogue and O’Leary (Mike Minogue and Karen O’Leary, reprising their parts from the movie) as a pair of paranormal cops focused not just on vampires this time. New Zealand’s capital is a hotbed of supernatural activity, so Officers Minogue and O’Leary take to the streets to investigate all manner of paranormal phenomena including ghosts, demonic possession and werewolves. Maaka Pohatu also stars as Sgt. Ruawai Maaka.” 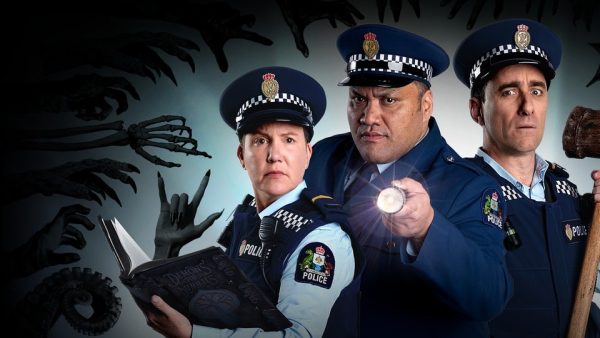 Now on its third season, and arguably funnier than its vampire-centric cousin, Wellington Paranormal will be available on Sky Comedy and Now TV from April 9th.