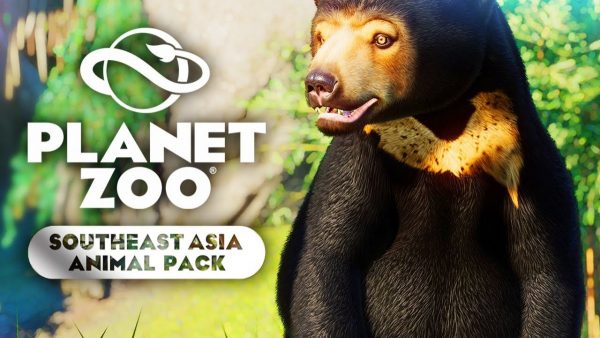 Although they have dabbled in a few other genres (including party games and space exploration MMOs), the bread and butter for Cambridge-based team, Frontier Developments, is surely the management sim. Ever since the early 2000s, they’ve been enabling people to realise their dream visions of extravagant theme parks and exotic wildlife sanctuaries. Not to mention state of the art dinosaur safaris!

One of their biggest hits of recent years has to be Planet Zoo, a spiritual successor to the Zoo Tycoon franchise that has been met with rave reviews and a loyal fan following. Indeed, the BAFTA nominee has been a huge hit for the developer, prompting them to create a number of DLC packs since launch.  Adding fresh exhibits and extra decorative pieces, these add-ons have each all themed around specific areas – with the Arctic, Australia, South America and Aquatic regions of the globe all getting a dedicated slice of content.

For their next expansion, the devs are looking to bring a Southeast Asian flavour to the game, complete with new animals, new scenery and new attractions for guests to enjoy. To delve a little deeper into what’s in store here, we sat down with the Frontier’s Kilian Schmitt and Darren Williams. 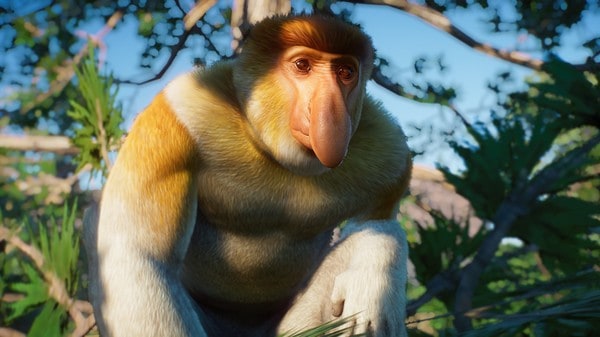 South East Asia encompasses a number of different territories. Are there any in particular that you are going to be focusing on with this DLC, or is it more of a broad overview of the region?

Darren: When looking at an area as diverse as South East Asia, we have to go with a broad overview. Breaking down the regions would be great, but we’d end up with such a large number of content packs and no time to give them each the attention they deserve.

What can people expect to see in terms of new animals, scenery, and enrichment items?

Kilian: Southeast Asia is home to a massive range of different species, though many of these [dwell] in the dense rainforest and are adept climbers. Over half of the animals coming with this pack will exhibit a full range of climbing behaviours and spend a considerable amount of their time exploring and lazing in the treetops.

True to this theme, one of our new enrichment items, the hammock, has your animals climb and relax in one of our longest enrichment animations ever! Additionally, we have added two tree enrichments free for all users, which animals will use to rub against or sharpen their claws. As this is our first Animal Pack, there is no scenery included, other than adorable signs for each of the animals in the pack. 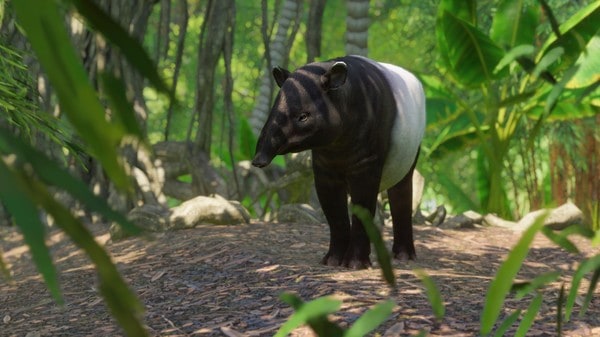 How do you decide which animals you want to bring to the game next? Do you pour through forums, listen to fans, or do you have your own favourites that you’re keen to debut?

Kilian: It is a mix of many things. At the start of Planet Zoo we had a vision for the future […] which included the DLC road map. The first phases of the plan were based on regions (Arctic, South America etc.) and were followed more recently by the aquatic pack, which was heavily defined by the swimming gameplay mechanic.

Each of our DLCs have been reviewed in planning with our Publishing and Community Team, looking to take inspiration from the list of favourites provided by our players on the forums. Whilst doing all of this, we are also keen to make sure that these animals are as diverse as possible whilst also actually found in zoos. With Planet Zoo, we have always been conscious of the importance of drawing attention to the role zoos play in species conservation, so one factor we always care about is the current conservation status and efforts linked to an individual species.

Of course, we all have favourites that we want to see in the game so, if we’re tied for a selection, community feedback is always super helpful in making our choices.

Which of the new species can we expect to be fully interactive, and which will be contained to exhibits (like the pre-existing frogs, spiders or snakes)?

Kilian: Of the 8 newcomers, 7 are habitat animals and will display a wide variety of motion and behaviours in player built enclosures. These animals are the Binturong, Babirusa, Clouded leopard, Dhole, Malayan tapir, Proboscis monkey and Sun bear.

The Giant Malaysian leaf insect, a true master of camouflage, is this pack’s awesome exhibit animal. 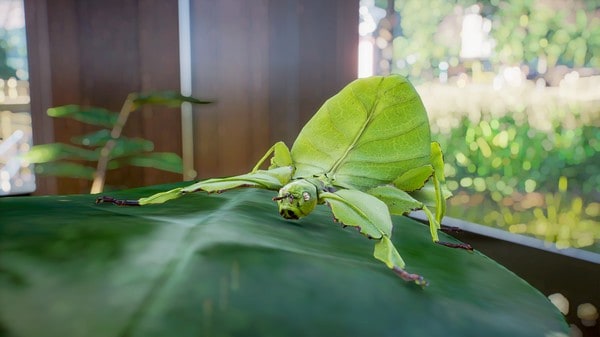 What factors do you consider when choosing which animals will be given the fuller range of interactivity and which will be confined to exhibits?

Kilian: This selection process is fairly straightforward, as our exhibit system does not support free navigation and movement, and additionally is limited to its cubic 4x4x4 space. Hence we’re looking at animals that are usually kept in terrariums and do not require a lot of space in captivity.

What kind of reference materials do you use to ensure that the animal behaviours and animations are as authentic as possible?

Kilian: There’s a massive range of professional and amateur video material out there, as well as some professional care sheets authored by zoological organisations. [These] help us gather references for models, behaviours, sounds and other important data to translate all these fascinating creatures into the animals you can care for in Planet Zoo.

Zoo visits and conversations with zookeepers are of course another valuable reference, though the former is not easy to achieve in these times. 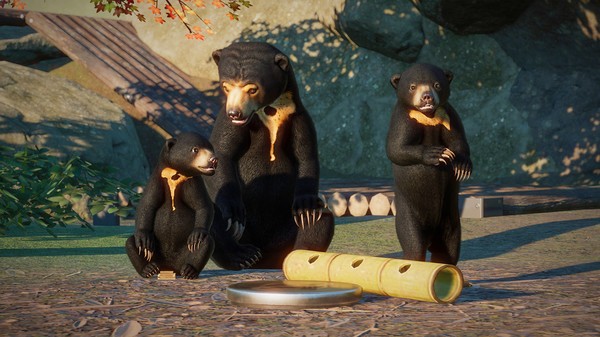 On that note, will the newcomers benefit from brand new animations? Or will they be similar to what we’ve already seen before?

Kilian: Several of our animals have entirely new rigs and animations to make them stand out. Of course it is good practise to reuse existing material in game development in some instances, however we are committed to ensuring our animals are all unique. The Proboscis monkey is our first monkey ever with swimming animations, and despite there being another bear in our roster, the Sun bear actually has an entirely new rig and set of animations. So you will see them move and look very different from the bears we already have in game.

For animals that we base off existing creatures, we try to always add a unique twist to them. For instance, the babirusa has its own new fighting animation, which perfectly captures the way in which these animals fight.

With the other DLC packs, there’s been a fun theming to the scenery. What can we expect this time?

Kilian: The Southeast Asia Animal pack is our very first animal-focused pack so, while there won’t be any new scenery assets, there is a diverse range of exciting new animals for players to welcome into their zoos. Rest assured though, this isn’t the end of scenery items. 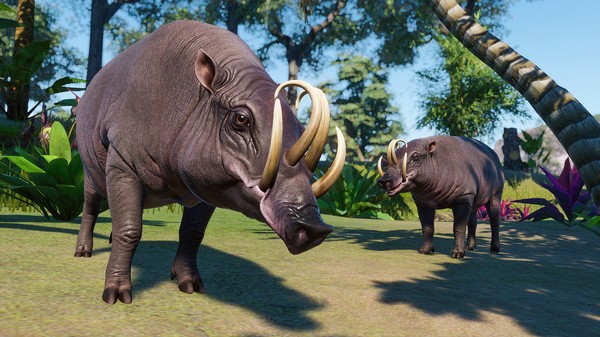 What would you say is the key selling point for this DLC, as opposed to the others? What sets this one apart?

Kilian: We have received lots of great feedback from our dedicated players regarding the desire for more animals to create different zoos with. We know that we have various groups among our players who all focus on different aspects of the game. With the Southeast Asia animal pack we hope to address this feedback. The player response we’ve received after the announcement was overwhelming, and we’re grateful for all the outpouring support and excitement from our wonderful community!

Obviously the game has a thriving Steam Workshop community. Are there any blueprints/ creations you’ve seen that have really blown you away?

Darren: One of the most impressive zoos I have seen on the Steam Workshop was the Miniature Festive Village from PlasticSwans and Mrs TraRex. The zoo is framed as a tabletop miniature zoo, which is fully functioning with a giant house interior built around it. You have to see it to truly understand the scale of it all!

Kilian: Personally I love Syrrael’s Atlantis Zoo – the amount of detail is breathtaking and I’m really grateful to see how dedicated of a playerbase we have with Planet Zoo.

Will the pack be available for the same price tag as the others? 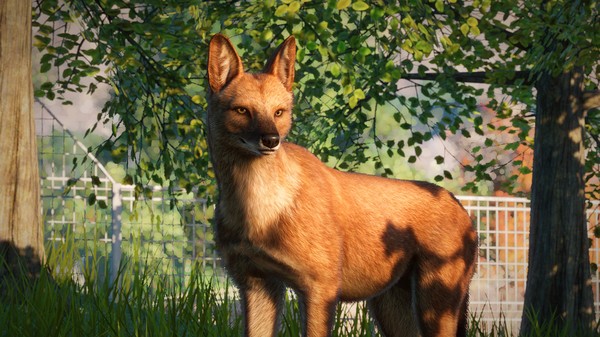 Planet Zoo: Southeast Asia Animal Pack is out now and can be purchased on Steam.

Thank you to Kilian Schmitt and Darren Williams  for taking the time for this interview.