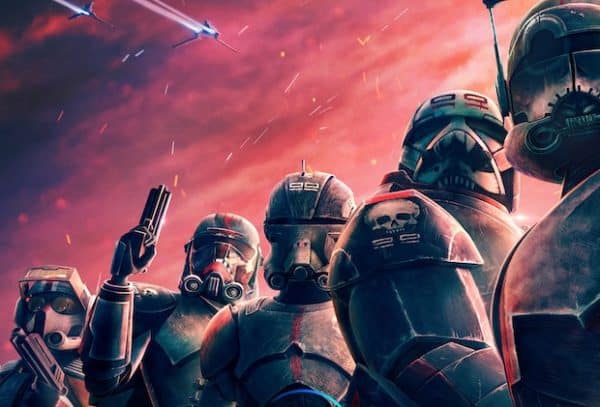 Kiner is nominated for an Annie Award for his score in the Star Wars: The Clone Wars series finale ‘Victory and Death’ and we had a chance to speak with him about the nomination as well as his legacy within the Star Wars universe. Our discussion turned to The Bad Batch where Kiner teased how the music for the upcoming series will be different compared to The Clone Wars and Rebels, drawing more from his experiences working on live-action projects like Narcos: Mexico and Titans to create The Bad Batch‘s score. Check out a clip of our interview below…

“I play this instrument called the GuitarViol,” Kiner said in our discussion. He then grabbed his GuitarViol from his rack of instruments and held it up to show off. “It’s like a cello. I play it really soloisticly in acou and we’re going to release it on the soundtrack. It won’t be in the first release of the soundtrack, but probably the second release that we do.” 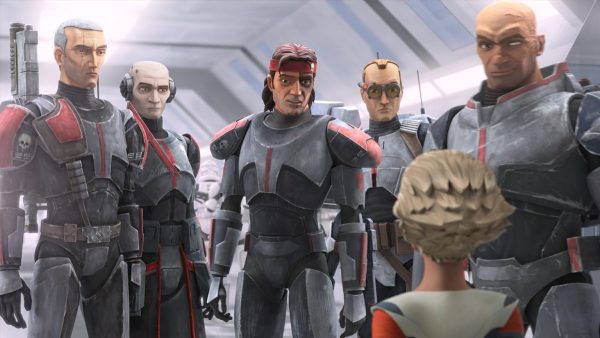 Kiner then played a bit of the melody of his new theme, teasing a somber sound for a galaxy where the Galactic Empire rules in full force. He further explained what type of sound fans can expect to see and why he chose it for The Bad Batch:

“I don’t play it all throughout the series, there’s just a couple cues I do where I have an ethereal, kind of electronic sound then I have a vocalist and this playing. It’s really bare, it’s really exposed. What I like about this is it sounds like a bad cello in a way, you know like a trashy – because it’s smaller, it’s not as rich as a cello in terms of its size and the richness of the tone, but there’s kind of a raw edginess to it that I really like. That’s one of my favourite cues from Bad Batch. I think I’m just continuing to try to find new things and that’s exciting. When I find a new thing like that it’s obviously – that’s really part of me, you know, playing that instrument, I kind of compose it on the instrument. That’s something I think I bring that’s unique.”

Check out our full interview with Kevin Kiner where we talk of his work on the final season of The Clone Wars, creating new melodies for Star Wars Rebels and the impact John Williams has had not just on Star Wars but in cinema throughout his vast career…

Star Wars: The Bad Batch will premiere on Disney+ May 4th. 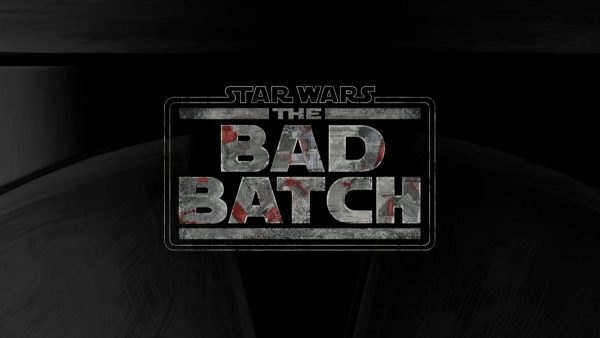