Justice Con is a fan-organized event centered around Zack Snyder, which also includes films in his once-planned DC Extended Universe line-up. During the event, Zack Snyder’s Justice League actor Joe Manganiello spoke about his character Deathstroke and went into detail about Ben Affleck’s cancelled version of The Batman which would have pit his Slade Wilson against Affleck’s Bat.

A staple in Batman and Teen Titans comics, Deathstroke is one of DC’s most formidable foes. Manganiello offered exactly how formidable his take on the character is, saying that not every main character in the film would’ve walked away safe:

“Some of the regular characters who showed up in Batman, in Batman films, were not going to make it through. So it was going to be a cleaning house in a lot of ways,” he said during the Justice Con panel, likely referring to supporting characters such as Alfred Pennyworth and Commission Gordon. 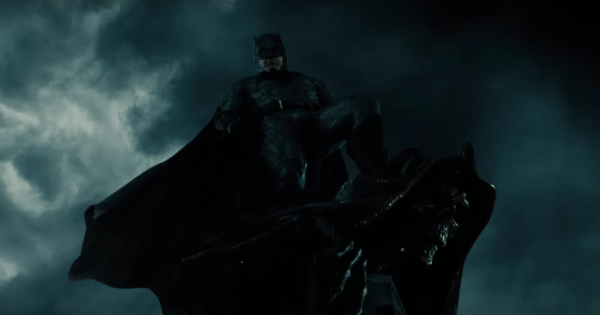 Now, we don’t know the full story on what Affleck was planning for the film, but Manganiello did shed a little light on why Deathstroke wanted Batman dead so badly.

“The way it was written at the time I read the script was that Batman was blamed by Slade for the death of his son. Slade’s son gets killed. There were some events that led back to Bruce, led back to Batman, that he had a hand in it, that he was partially responsible for it. Slade blamed him. Word was on the street that Slade wanted to kill Batman. That’s why he was summoned to Lex Luthor’s yacht and given a key piece of information to help with that as well. So that Slade could potentially get rid of Batman.”

The last time we saw Joe Manganiello in the role of Deathstroke was during the epilogue of Zack Snyder’s Justice League. He’s featured in a scene with Lex Luthor where he learns Batman’s real name, before we see the character in the post-apocalyptic Knightmare future where he’s one of the last “heroes” standing with Batman, Joker, Mera, The Flash, and Cyborg. A version of Manganiello’s scene with Lex was previously featured in a shortened capacity during 2017’s Josstice League, but only as a post-credit scene.