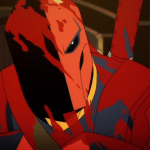 Last summer, The CW revealed that it was working on a new animated DC series revolving around the fan favourite character of Slade Wilson, and now it has announced that Deathstroke: Knights & Dragons is set to premiere this Monday, January 6th on the digital platform CW Seed. The twelve-episode series will see Michael Chiklis […] 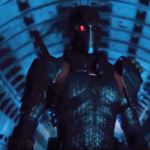 Following on from Manu Bennett in Arrow and Joe Manganiello in Justice League, Esai Morales is the next actor taking on the role of the fan-favourite DC villain Slade Wilson, a.k.a. Deathstroke, in the upcoming season two of Titans. With the second season approaching, Morales took to social media to express his excitement for portraying one […] 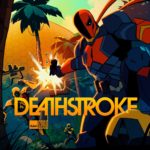 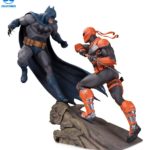 Sideshow has unveiled DC Collectibles’ upcoming Batman vs Deathstroke battle statue. Limited to 5000 pieces, it is available to pre-order now, priced at $350.00 and is expected to ship in December; check out the promotional images here… SUPPORT FLICKERING MYTH: Order via Sideshow Collectibles Atop one of Gotham’s gargoyled rooftops, a duel of the ages is […] 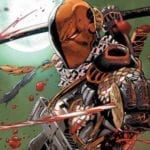 The fan-favourite comic book villain Deathstroke (Slade Wilson) will be joining the second season of DC Universe’s Titans, with Deadline reporting Esai Morales has been cast as the iconic assassin. Slade Wilson is well-known for being DC’s deadliest mercenary, assassin, and the archenemy of Titans leader Dick Grayson, aka Robin. While serving his country, Slade became […] 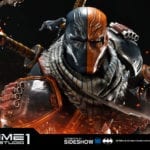 Sideshow and Prime 1 Studio have revealed the 1:3 scale DC Comics Universe Deathstroke statue. The collectible is limited to 750 pieces and is available to pre-order now priced at $1099.00; check it out here… SUPPORT FLICKERING MYTH: Order via Sideshow Collectibles Part of an experimental super-soldier program where he gained enhanced strength, agility, healing factor […] 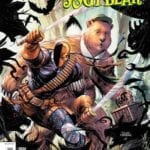 DC Comics’ Hanna-Barbera crossover Deathstroke/Yogi Bear Special #1 is out today, and you can take a look at a preview of the issue here… In Yellowstone Park, legends speak of a spirit bear referred to as “the Yogi,” which few if any have actually encountered. Real or not, when a bear seems to have graduated from […] 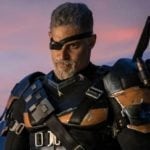 Gareth Evans, the director of The Raid movies, has spoken about his talks with DC regarding a Deathstroke solo movie. With all the confusion surrounding the DCEU, it seems like a lifetime ago that Deathstroke turned up at the end of Justice League. Reports have since surfaced about a solo movie for the character starring […]

Although Warner Bros.’ DC Films panel at the San Diego Comic-Con delivered the first trailers for Aquaman and Shazam!, as well as some early Wonder Woman 1984 footage, rumours about an announcement on the future DC movie slate failed to materialise, leaving fans wondering which of the many projects in development are still moving forward. […] 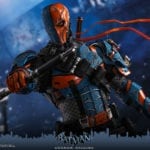 Sideshow and Hot Toys have revealed its 1/6th scale Video Game Masterpiece Series Deathstroke figure which is based on the appearance of Slade Wilson in 2013’s Batman: Arkham Origins. The DC collectible is available to pre-order now priced at $250.00; check it out here… SUPPORT FLICKERING MYTH: Order via Sideshow Collectibles “It appears the game is over before […]