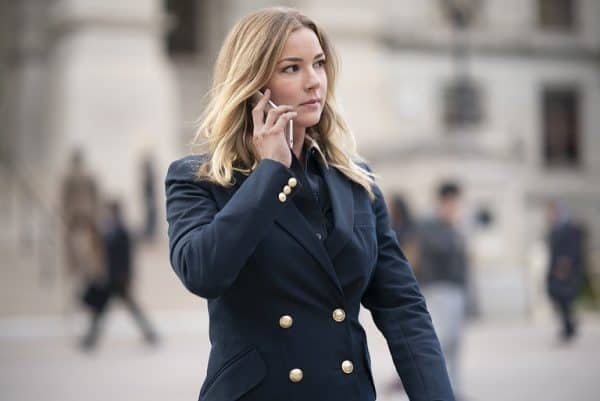 There is a turning point in this finale which makes the running time worthwhile. Forget that extended action sequence, redemptive team up segue and power broker reveal. Those moments may have been pretty, awe inspiring and polished like a new pin, but they were ultimately window dressing. Where this final episode really starts to gain traction is in the latter stages.

Half way through a monologue which feels protracted, clunky and ultimately exposition heavy something unique happens. Suddenly those words take on new meaning, gain backbone and recall a more enlightened time before people of colour were gunned down for expressing an opinion. Surrounded by government suits in the aftermath of a long winded battle royale, Anthony Mackie injects some essential substance. From that point on this is what defines episode six for the audience, not new outfits, newer code names or divisive turncoats being welcomed home. 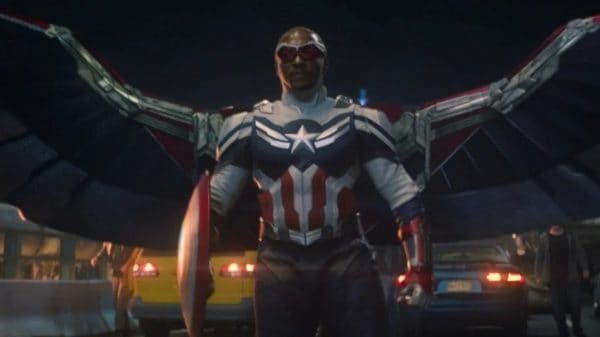 In another stand out encounter, Carl Lumbly and Anthony Mackie get to tub thump, pontificate and wax lyrical about issues of importance. It may be the most contentious and openly vocal Marvel have allowed themselves to be on this subject. It appoints blame without impunity, calls for tolerance from the people and power, whilst establishing Captain America as a cultural icon who embraces all ethnicities. Everything else pales into insignificance.

Beyond those highlights this is an underwhelming conclusion to a series which promised so much. After the apparent turning point of Truth last week, audiences were gearing up for a finale that would maintain momentum. Despite an action packed opening, One World, One People fell short in a number of ways. 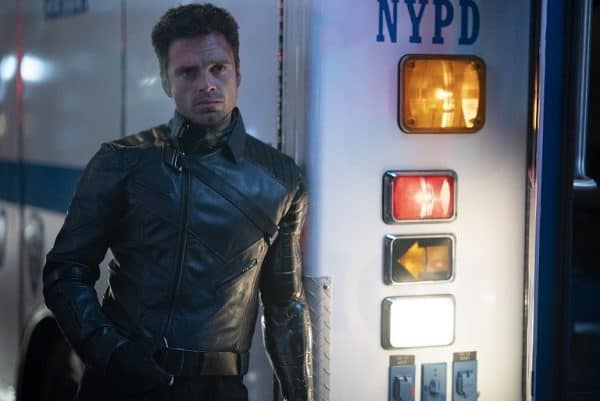 Reveals lacked impact, conflicts lacked a substantial adversary while John Walker’s arc felt truncated. Sharon Carter needed more screen time, redemption needed to be earned not just given and there needed to be tangible consequences. Marvel set the bar high with WandaVision, promising a standard in line with their theatrical output. Simply put, The Falcon and The Winter Soldier failed to deliver. It had some solid moments and the performances remained consistent throughout, but it was hamstrung by a lack of cohesion.

That being said, retrospect is a wonderful thing allowing people with opinions to voice them without impunity. Every great company makes mistakes and the evaluation of any content, for good or bad, never diminishes its overall importance. This is just one part of a much larger multiverse, where great things happen, have happened and will continue to do so.