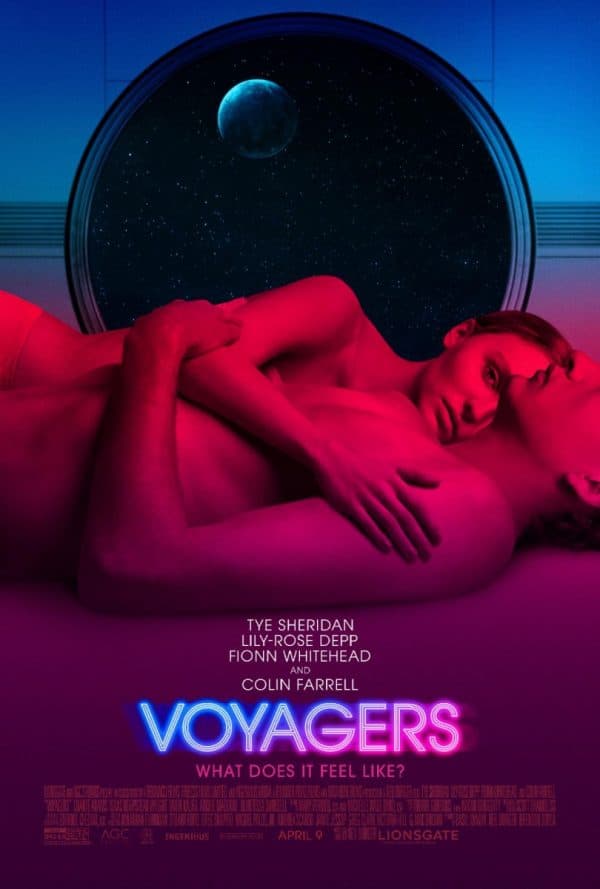 A crew of astronauts on a multi-generational mission descend into paranoia and madness, not knowing what is real or not. 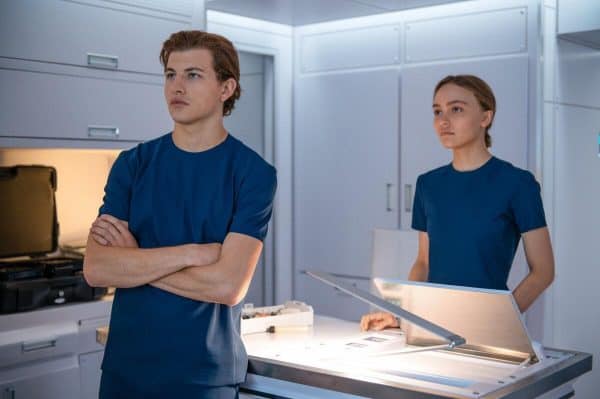 The mission at the forefront of Voyagers is an important one for the fate of the human race. Earth is nearly uninhabitable due to extreme increases in heat, meanwhile, scientists have found a new planet suitable for human colonization. The titular voyage is also set to take a rather lengthy 86 years to complete, resulting in said scientists settling on a plan to artificially fertilize a group of children before having them embark on the mission when they are young adults, with instructions to continue that same procedure so that eventually it will be their grandchildren that reach the new world.

It’s a premise seemingly ripe with ambition for a multi-generational tale of space travel with global concerns pressing to the world we live in today but chooses to abandon all of those intriguing concepts practically right away in favor of redoing Lord of the Flies set on a spaceship. This approach is probably one that should have been anticipated since the writer and director of Voyagers is Neil Burger, who kick-started the Divergent franchise’s adaptations. Nevertheless, his concerns lie with the teen drama with all sense of urgency for preserving humankind goes out the window. 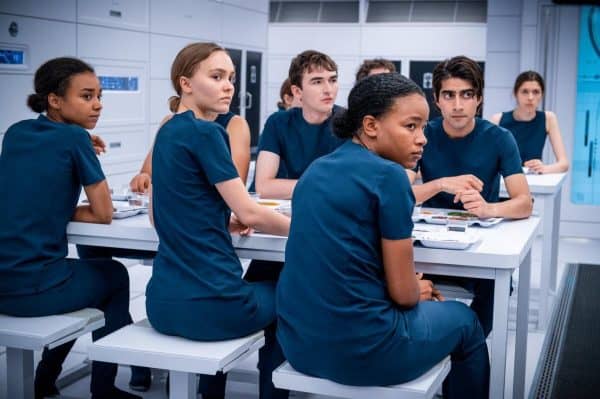 That wouldn’t necessarily be an issue if the young adults here were interesting or complex individuals, especially considering they are artificial creations. Somehow, the meanings behind their existence don’t even factor in to play much, with the real dilemma being ship captain Richard (Colin Farrell), also the only real human and actual adult aboard the vessel, questioning his orders on effectively drugging the crew into functioning as docile lifeless beings of no personality and no sex drive to procreate. It’s also not long before the teens, specifically, Christopher (Tye Sheridan, who is emotionless and boring here even when he comes off the mood control) start digging around and figure out what’s going on, simultaneously telling a few friends and collectively dumping out the drink (or as it’s referred to in the movie, “going off the blue stuff”)

In the middle of all this, communication systems go down leaving Richard unable to contact anyone back home. He also gets attacked by something that might or might not be an alien. Naturally, these events cause panic and hysteria with cliques and tribes forming amongst the young adults that could be classified into two different tribes; those that can control their urges and work together for the greater good, and those that lose all grasp of community, rules, and civilization. They now either want to keep the mission going or abandon it to satiate their own desires. 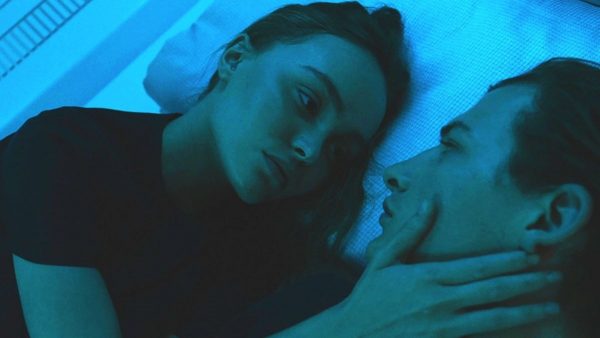 Fionn Whitehead plays a sniveling scheming little shit named Zac who can’t help groping any woman in sight once coming off the substance, and while it’s to be admired that Voyagers is attempting to analyze what isolation and instincts can do to those with less control, it often feels undercooked and uses sexual harassment as a lazy way to show who is bad. There’s no real deconstruction of who these people are, and if anything, I just spent most of the movie wondering who thought someone like Zac would be a healthy choice for this mission before going on the drug in the first place.

Nevertheless, the primary target of Zac’s rejected lust is Sala (Lily-Rose Depp) who could have and probably should have been a far more interesting character with more focus given that she is surrounded by a bunch of men going mad (the film clearly wants to go to some dark places occasionally so this is somewhat hampered by the PG-13 rating). She does develop a bond with Christopher leading to a romantic subplot lacking in chemistry, intimacy, and engagement. It’s only there to pave the way for an embarrassingly cringe ending that wants to pretend like it never lost the plot of everything Voyagers initially set itself up to be about.

There’s a handful of interesting things Voyagers is trying to do in terms of social commentary, but the writing just can’t cut it to make it worth investing in. Just about every fascinating element there is to be found is squandered within the first 20 minutes. This is one voyage to a theater that can be skipped, and the same goes for anyone contemplating renting at home.