GungHo Entertainment has announced that they will be bringing a whole new collaboration event to Ninjala from the 27th April.  After the Sonic the Hedgehog and Puzzles and Dragons events players will be able to enjoy content themed around the recently released Monster Hunter Rise.   The latest Developer Diary can be viewed below… 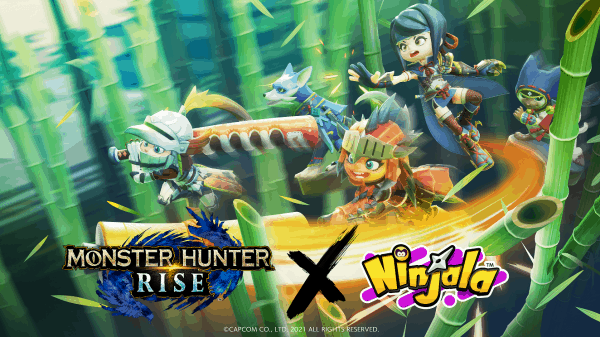 These items will be available to collect in-game until 26th May.

The recent developer diary below also includes the following announcements:

Be sure to take part in the Monster Hunter Rise x Ninjala event later this month.