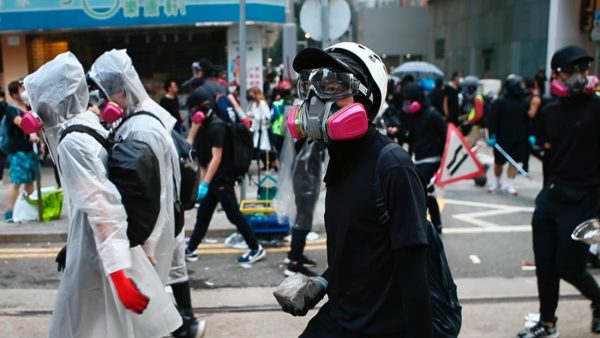 The final instalment of our three-part series delving into this year’s short-form Oscar nominees tackles the Best Documentary Short field. Of the three short film categories, this collective is by far the most pervasively upsetting and difficult-to-watch, but their journalistic, humanistic value absolutely speaks for itself.

Several of the shorts are content-rich enough that they could easily have been expanded into fully-formed features without losing any of their impact, though this bite-sized presentation also has many positives of its own, ensuring under-represented global issues are given concise, accessible platforms.

2021’s Best Documentary Short Film nominees may be a bleak bunch, but they each shine an essential light on stories and experiences you won’t soon forget.

5. A Concerto Is a Conversation 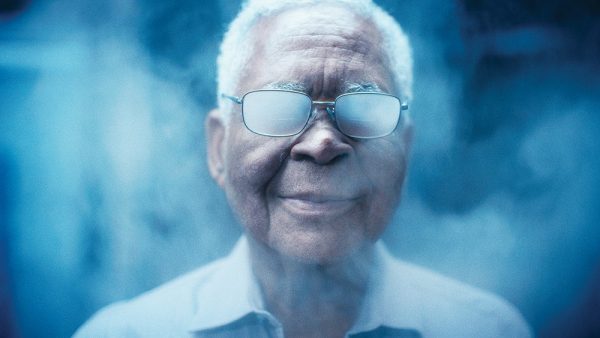 The Ava DuVernay-produced A Concerto Is a Conversation is the simplest and least outwardly depressing of this year’s nominees, focused on a sit-down chat between composer-pianist Kris Bowers and his 91-year-old grandfather Horace.

Co-director Bowers, who is on the eve of premiering his concerto “For a Younger Self,” discusses his journey in the industry, juxtaposed against the tremendous adversity Horace struggled through in the Jim Crow south to facilitate his grandson’s future success.

Horace makes for a warm, gregarious subject, whose already-poignant presence is compounded by his suffering through cancer. Bowers and fellow director Ben Proudfoot make the slightly odd choice to film much of the short through a confrontational, Errol Morris-esque “Interrotron” camera setup, though it at least heightens the intimacy, allowing viewers to linger on the nuances of Kris and Horace’s facial expressions.

At just 13 minutes in length, this isn’t nearly enough time to convey the enormity of one man’s storied experiences, let alone two, but amid four other extremely hard-hitting nominees, it does provide some much-needed succor.

A Concerto Is a Conversation can’t help but feel a little lightweight compared to its competition, no matter the undeniable value and power of its subjects’ speedily-told story. 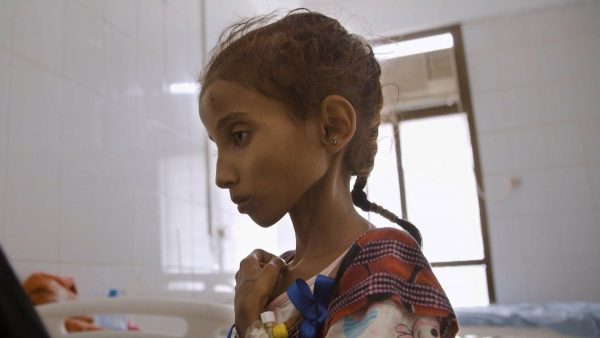 Opening with an unexpected-yet-stinging quote from Alan Moore’s “Watchmen,” Hunger Ward is by some measure the toughest-to-watch of the shorts. This is an almost completely soul-crushing, boots-on-the-ground look at widespread child malnutrition in Yemen due to a famine which has claimed 85,000 children’s lives since 2018.

Skye Fitzgerald and Michael Shueuerman’s film pulls no punches with its extended, probing glimpses of bone-thin infants suffering in specialist malnutrition hospitals, and in two deeply upsetting moments Fitzgerald and Shueuerman even capture children dying before their very eyes.

Though the film certainly paints the doctors who fight so hard to save the kids as heroic, there’s little in the way of inspiration to be found here. Rather, the filmmakers angrily point blame at both the Saudi coalition’s rampant bombing in the country and the support lent to it by the United States (support which President Biden only rescinded back in February).

At 40 minutes in length, this is an absolutely agonising sit at times, and you’d be forgiven for wishing it were more concise, though that in-built repetition is surely intentional, to foreground the abject, underreported horrors at its core.

3. A Love Song for Latasha 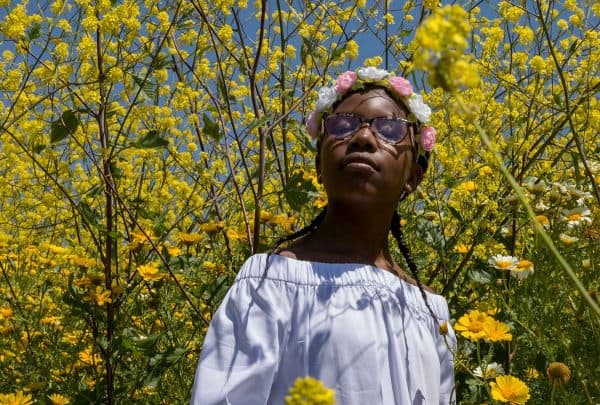 Sophia Nahli Allison’s A Love Song for Latasha provides a snappy, 19-minute tribute to Latasha Harlins, a 15-year-old Black girl who was shot and killed by a convenience store owner in Los Angeles in 1991 while trying to buy a bottle of orange juice. Harlins’ death and the light sentence given to her killer were ultimately instrumental in kickstarting the 1992 L.A. riots.

Despite the inherently heartbreaking subject, though, the tenor here is more a celebration of life than a eulogy, lamenting what was lost that day but more pointedly honouring Harlins’ strength of spirit during her few years on this Earth.

Comprised of a combination of archive footage and appealingly loose-handed recreations melded with contemporary interviews from those closest to Latasha, the free-form style helps this stick out from other similarly-themed films this year. The artificial VHS-esque glitching added to some of the footage is a little corny, but not nearly enough to derail the powerful testimony of the subjects. 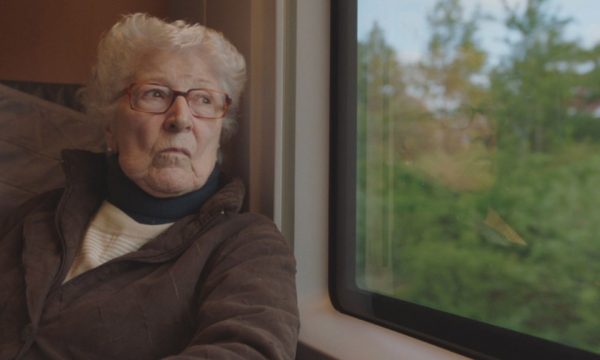 The only Oscar-nominated short in history to be produced by a video game studio – it was packed with last year’s VR release Medal of Honor: Above and Beyond – Colette follows 90-year-old Holocaust survivor Colette Marin-Catherine, who travels to Germany to visit the Mittelbau-Dora concentration camp where her brother perished almost 75 years prior.

The emotionally charged nature of the doc speaks for itself, but even beyond the eventual tear-soaked payoff, the title figure makes for a wonderfully compelling subject. Just like her travel companion, young PhD student Lucie Fouble, viewers are likely to be left hanging on every word from Colette’s mouth. She served as a member of the French resistance during World War II and though she wasn’t actually much close to her late brother, nevertheless feels a sense of duty to have his story heard.

As a tight historical document this is eminently valuable, but Colette’s personal testament ensures as it’s as achingly affecting as it is informative. The extremely moving final passage confirms contemporary society’s responsibility to keep these stories alive, both to honour those lost and ensure such atrocities aren’t repeated again. 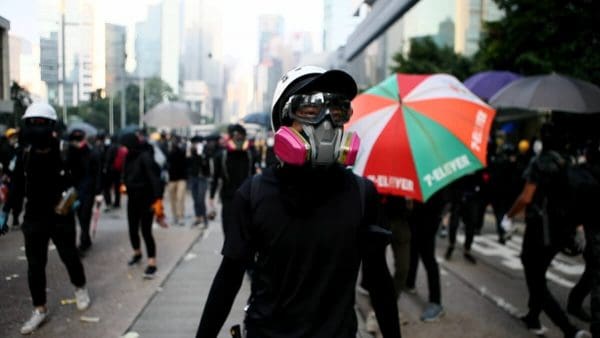 Anders Hammer’s mesmerising Do Not Split, a jaw-droppingly intimate look at the 2019-2020 Hong Kong protests, proved incendiary enough that the Chinese government instructed local media not to air the Oscars this year, while Hong Kong’s biggest free-to-air network will consequently not air the awards for the first time in a half-century.

The bill’s successful implementation would have allowed Hong Kong citizens charged with crimes to be extradited to mainland China, which has an alarmingly high 99% conviction rate. As such, it’s easy to appreciate the righteous, desperate anger felt by those out in the streets, hurling Molotov cocktails and facing off against armed police, captured with impressively daring intimacy by Hammer.

Images of politicised mask-wearing and citizens being placed in chokeholds will be familiar to most viewers, but here they hold an entirely different context that’s no-less-disturbing. Beyond its depiction of a nation frantically fending off its own slow slip into authoritarianism, this is a potent examination of the impact such a battle has on the youth of today, many of whose promising futures have effectively been paused by both this cause and COVID-19.

The subject may be inherently unsettling, but the fierce tribute to against-the-odds protest and the forceful power of a united youth is unmistakable.