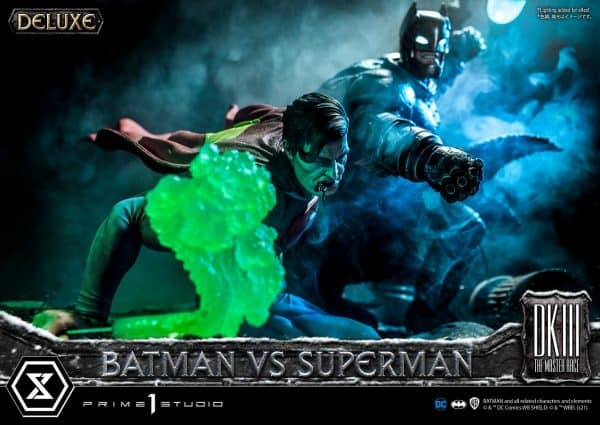 Sideshow and Prime 1 Studio have revealed the Ultimate Diorama Masterline Series Batman vs Superman deluxe statue from Batman: The Dark Knight Returns which is inspired by a variant cover from The Dark Knight III – The Master Race. The DC collectible is available now, priced at $2,699; check it out here… 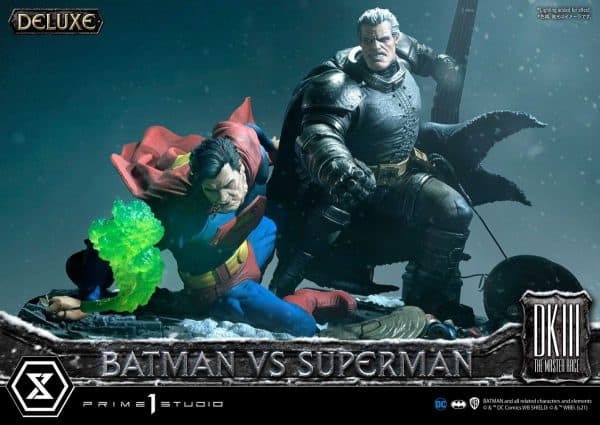 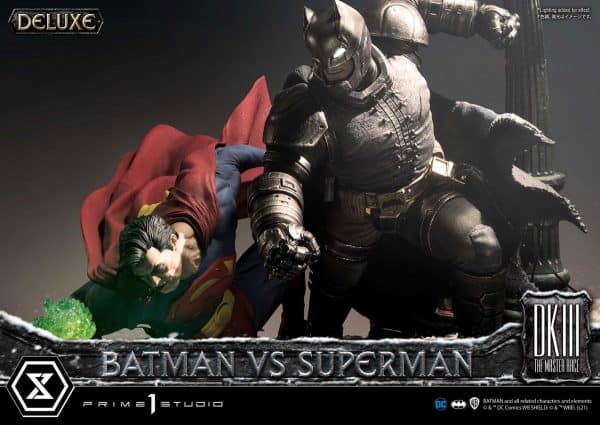 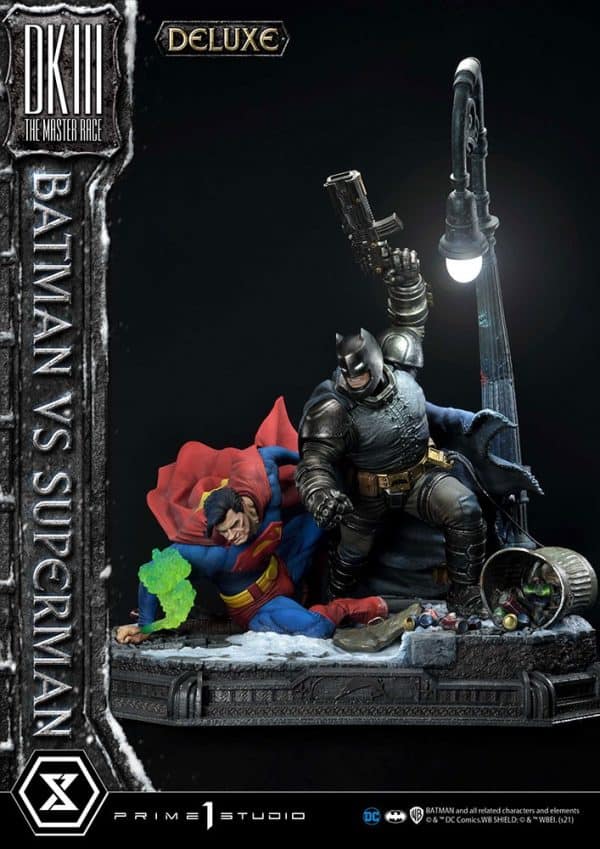 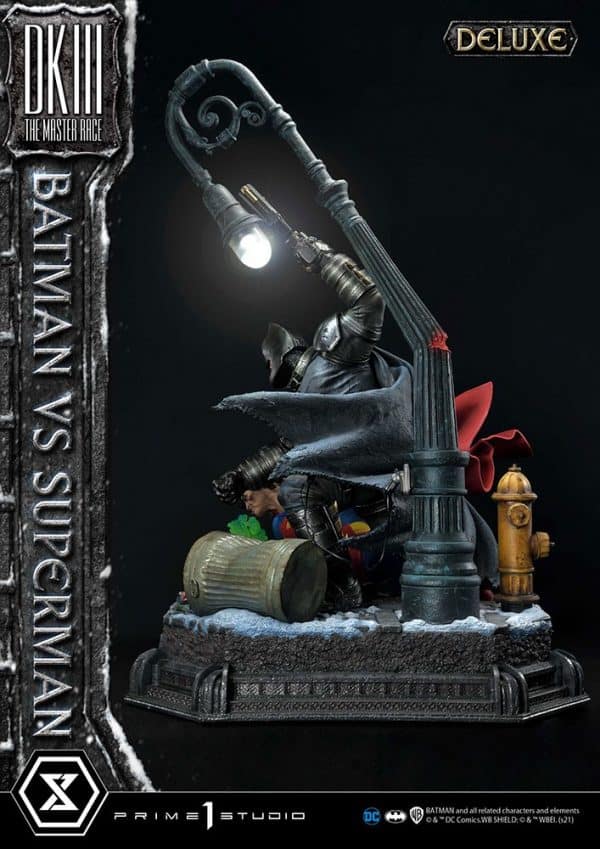 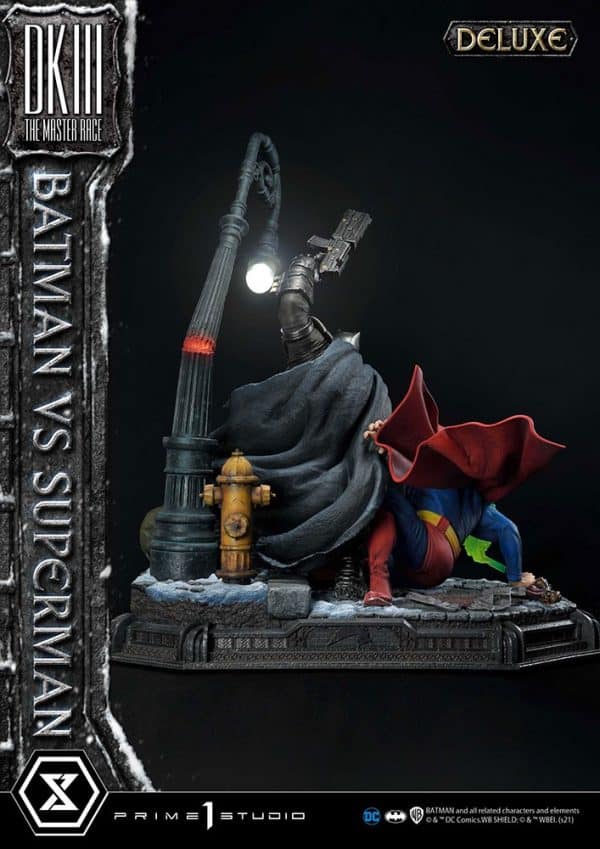 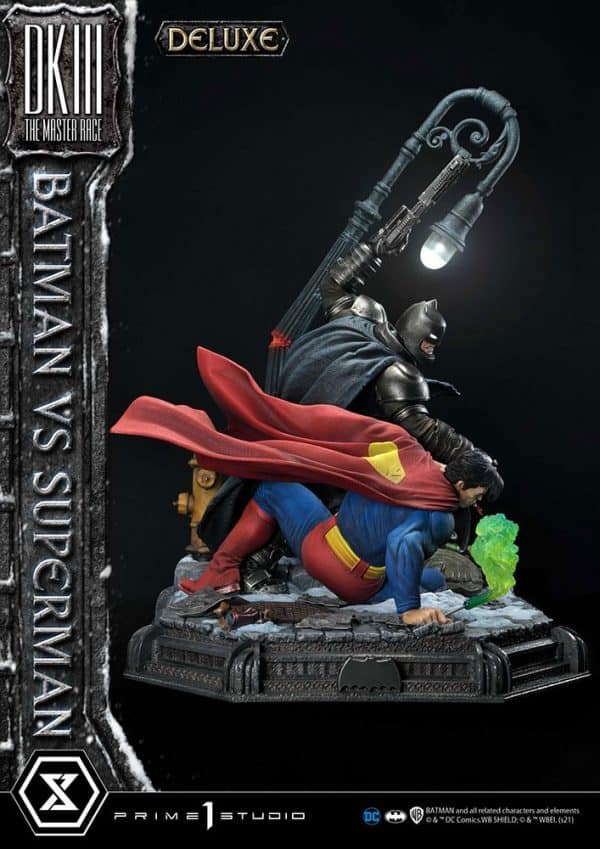 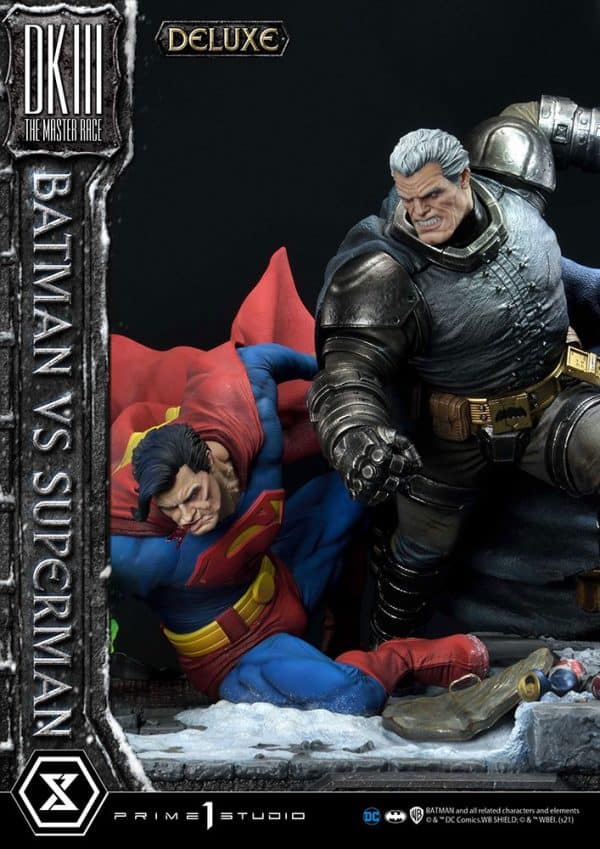 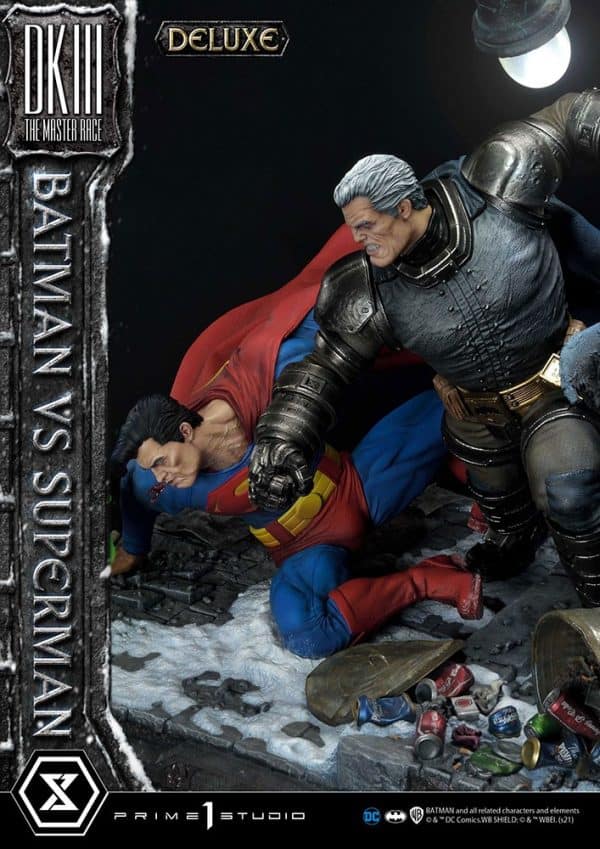 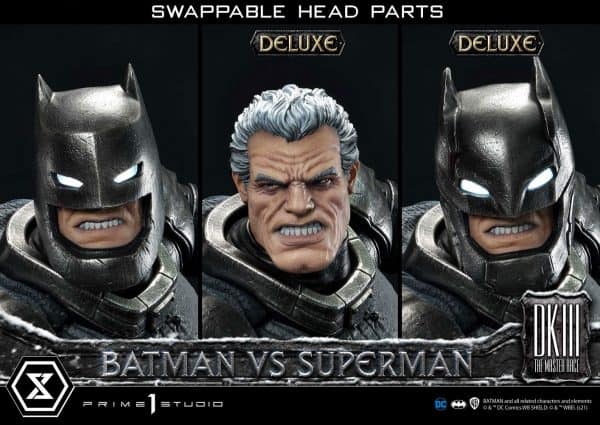 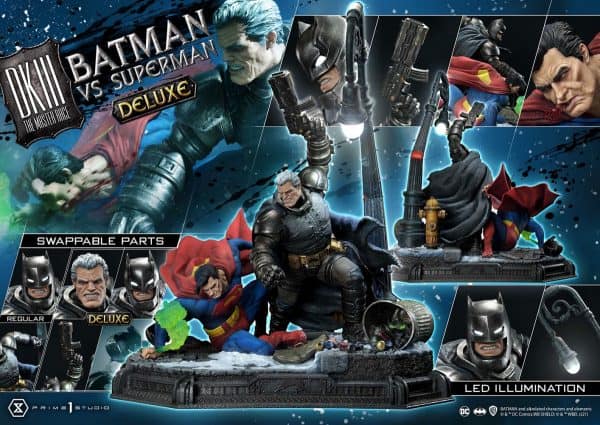 Prime 1 Studio is excited to bring you an iconic, history-making conflict come to life! The latest addition in the Ultimate Diorama Masterline series: Batman vs. Superman from one of the variants covers of The Dark Knight III – The Master Race graphic novel!

Coming in at a whopping 43 inches tall, our diorama statue freezes time at the exact moment Batman, decked out in state-of-the-art, anti-metahuman armor, lands a jaw-breaking punch on Superman! Situated in Crime Alley, at the site of Bruce Wayne’s parents’ murder by Joe Chill, our diorama includes insane detailing created by talented studio artists: Superman clutches an arrow emitting Kryptonite gas, shot by a one-armed Green Arrow; Batman, plugged directly into Gotham City’s power grid for his next powerful attack on Superman, the fabric texture of Superman’s iconic costume and the gritty reality of the world they are fighting in.

The painters have meticulously layered our diorama piece with intricate levels of weathering, washes, and pigmentation to lend an environmental element to the statue. And to top it off, we have added impressive LED lighting to Batman’s eyes and to the Crime Alley lamppost in order to complete this amazing scene!

If that wasn’t enough, our Deluxe Version raises the bar on this iconic battle! Switch out Batman’s helmet with another version of his armor-plated and LED-illuminated helmet. Or, to make it extremely personal, have Bruce look Clark right in the eye as he punches him by switching to Batman’s non-helmeted head. To complete this scene, swap the garbage on the ground with Batman’s helmet that Superman has just torn off. Or, to add another angle of attack, switch out Batman’s left arm with another arm holding Batman’s high-decibel sonic cannon.