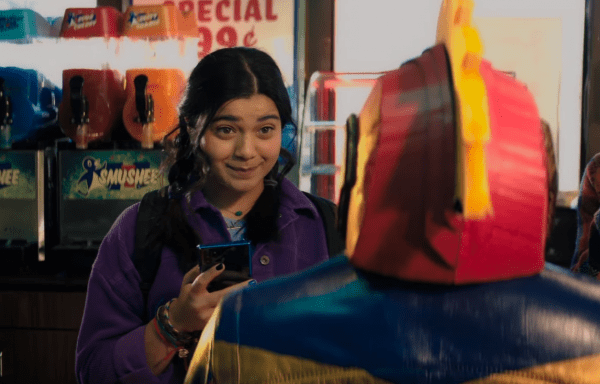 We’ve seen her cosplaying as Captain Marvel, and now thanks to Just Jared we’ve got our very first look at Iman Vellani’s teen hero Kamala Khan suited up in her full costume from Marvel Studios’ upcoming Disney+ series Ms. Marvel.

Check out the design via Twitter below, and be sure to let us know what you make of the Ms. Marvel suit on our social channels @FlickeringMyth…

Iman Vellani was spotted in her character's official suit for the very first time while filming scenes for #MsMarvel. Check out all of the photos! https://t.co/W0i1VE6WHF