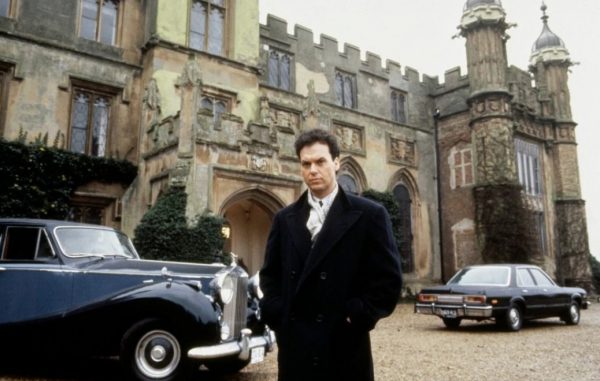 With filming on The Flash now underway, the first set photos from the multiverse-hopping DC Extended Universe adventure have surfaced online from Burghley House near Stamford, Lincolnshire, which is presumably doubling for Wayne Manor.

The building bears a resemblance to that of Knebworth House, which was used as the exterior of Wayne Manor in Tim Burton’s Batman. Fitting perhaps, seeing as The Flash is set to see Michael Keaton donning the cape and cowl once more to reprise the role of The Dark Knight thirty years on from his last outing in Batman Returns. Check out the set photos here…

The Flash will see the return of Ezra Miller as Barry Allen alongside Zack Snyder’s Justice League co-stars Ben Affleck as Batman and Kiersey Clemons as Iris West and Batman and Batman Returns’ Michael Keaton reprising the role of The Dark Knight. DCEU newcomers include Ron Livingston (Office Space) as Henry Allen, Maribel Verdu (Pan’s Labyrinth) as Nora Allen, and Sasha Calle (The Young and the Restless) as Supergirl.