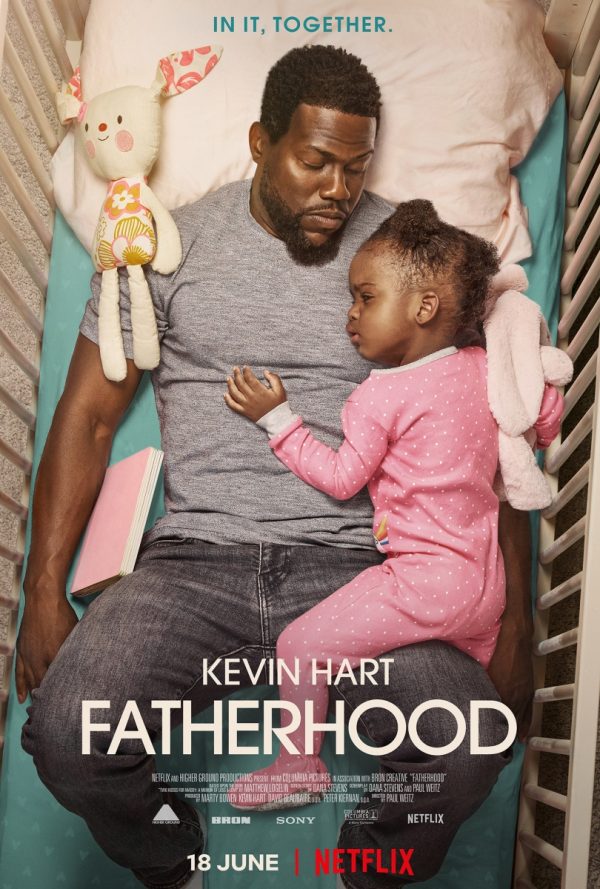 A father brings up his baby girl as a single dad after the unexpected death of his wife who died a day after their daughter’s birth. 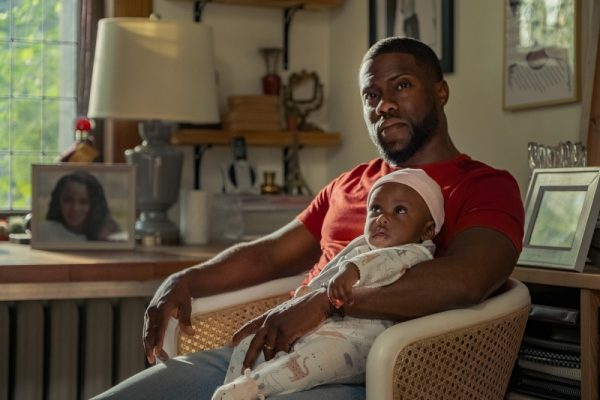 Fatherhood is wholeheartedly committed to remaining of middle ground average quality. That’s not necessarily a bad thing considering the prospect of Kevin Hart playing a widowed father semi-clueless about parenting could have easily gone for embarrassing humor (director Paul Weitz also happens to be responsible for the abomination that is Little Fockers) instead of something weighty and grounded in the paranoia of failure with broad jokes that play into some of the comedian’s most popular standup success (and also some of his most problematic). However, it turns out material involving raising children and navigating tough guardianship choices also allows for one of Kevin Hart’s best roles and performances.

Still, the script that sees Paul Weitz and Dana Stevens adapting the book memoirs of the real-life Matt Logelin (Kevin Hart offering up a scaled-back version of his signature humor while providing another look at the dramatic he does possess as seen in 2019’s The Upside) seems to tease the possibility of tackling challenging concepts (for some) as gender and societal norms, dialogues that would elevate the film from above an enjoyable but ultimately disposable slice of Father’s Day entertainment, without doing so. That could also be for the legitimate reason that these people never went down that route. It also makes me wonder if what’s in the movie even matches up to reality. 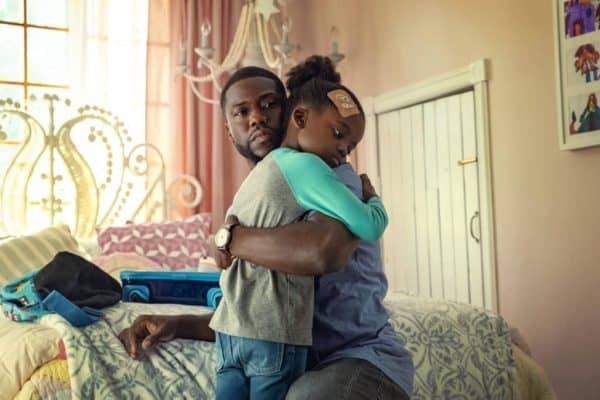 Essentially, Matt’s daughter Maddy (Melody Hurd) appears to be questioning her gender or could be a tomboy and nothing more. She’s enrolled in a Catholic school that requires the girls to wear skirts, something she does not enjoy or feel comfortable doing. Matt gives the rebellious advice that rules are meant to be broken, letting her wear pants to school. There is also such a focus on this plot point as it arises that you get the overwhelming sensation Fatherhood is going to break out into the Kevin Hart LGBTQ apology movie (again, some of that standup material that would go on to get him canceled from hosting the Oscars centered on the fear of having to raise a child identifying as non-straight) where he is caught off guard and challenged before inevitably accepting that his young girl is a boy that will want to transition. Maybe that’s not the case with the real Maddy. However, it also begs the question, why go with that subplot if nothing memorable outside of an ending credits gag will be done with it.

The rest of Fatherhood operates in that same agreeable groove of trying to please everyone. Do you want dumb humor? Kevin Hart sucks at changing diapers and finds himself describing different formations of baby poop. Someone that’s actually funny? Lil Rel Howery shows up salvaging movies as he usually does (there’s a hilarious scene where he tries to rid himself of a goldfish his ex-partner partner left him with). There’s also some heart as Matt is faced with tricky situations, both personal and work-related, that place him in positions of difficult guardianship choices to make. 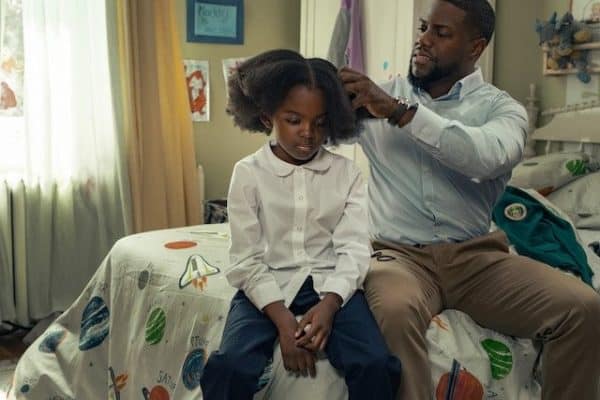 For those unaware of why, Matt’s wife (Deborah Ayorinde) dies after childbirth from a blood clot in her lung. Naturally, it sends Matt spiraling into grief and depression (the opening scenes actually cut between the birth and funeral) as he begins to question if he is cut out for fatherhood on his own. It’s also a pretty good question considering he’s been delaying putting together the crib for months. In addition, his mother-in-law Marian (Alfre Woodard) feels it would be best for Maddy to live with her in Minnesota rather than Boston, where he will have to juggle parenting duties, and his work occasionally involves traveling to other countries.

In case you haven’t figured out from the structure of this review, Fatherhood is also split into two halves; the former dealing with Maddy as a newborn baby and the latter in adolescence. This later stage in life also introduces a possible partner match for Matt in DeWanda Wise’s Liz, a character who shares his late wife’s name. It’s cheesy but whether or not they share the same name in real life is irrelevant. What matters most is the believability of the situations themselves and Matt realizing that it wouldn’t be selfish to love again and ease up on parenting 24/7. It’s also about the importance of finding peace with Marian so that Maddy can get to know both sides of her parents. The biggest pleasant surprise is that Fatherhood achieves all the sentimental goals without hammering them home and by granting these characters a degree of realism and sweetness alongside the typical Kevin Hart antics.