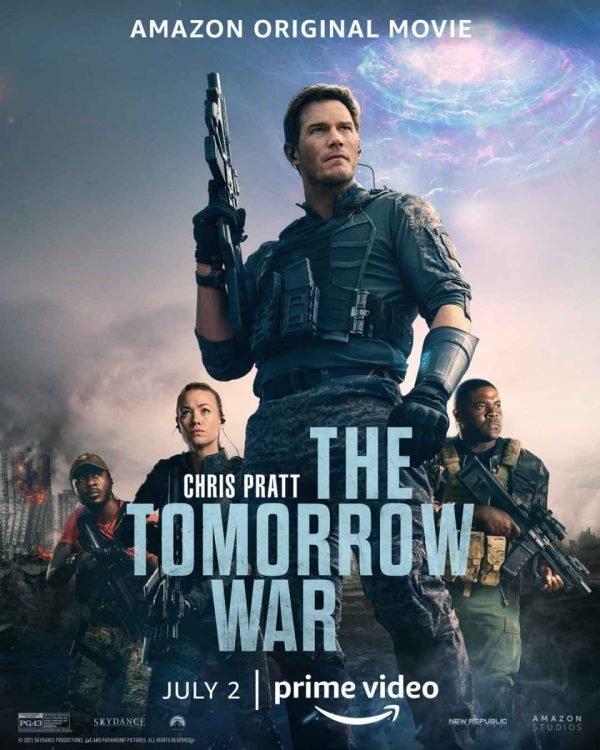 Present-day folks are conscripted to travel through time and fight alongside the soldiers of the future in a war with a vicious army of aliens hellbent on destroying the human race. 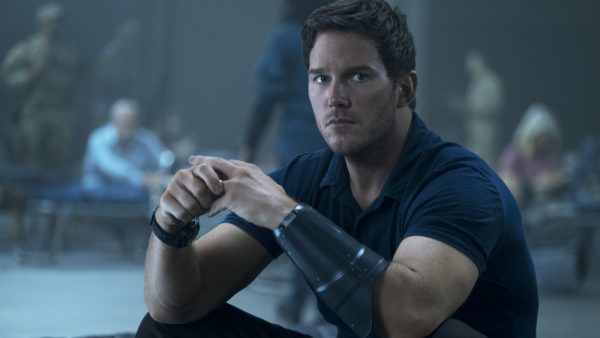 The Tomorrow War begins with Chris Pratt falling a long way through a sort of psychedelic portal, before splashing into a swimming pool while carrying a really massive gun. In the grand scheme of Pratt’s career, it’s not the biggest action sequence, but it’s delivered with bombastic camerawork and a deafening, room-shaking soundscape. It’s pretty much a statement of intent for what follows – a big, silly, old-fashioned spectacle of smashy-crashy mayhem. After a year starved of blockbusters, it’s a delight.

Chris Pratt is former military man turned disaffected science teacher Dan Forester, who is watching the 2022 World Cup with friends when the pitch is invaded by armed men and women claiming to be from the future. Brazil were clean in on goal too. Worse than VAR.

These figures represent the final ranks of the human army fighting back against vicious aliens aiming to wipe us out. Their final roll of the dice is to conscript people from the past in order to give humanity a fighting chance. Inevitably, Dan finds himself recruited to travel forwards in time and join the war. As the battle quickly goes south, he joins forces with a highly-trained scientist (Yvonne Strahovski) in an attempt to find the creatures’ weakness. 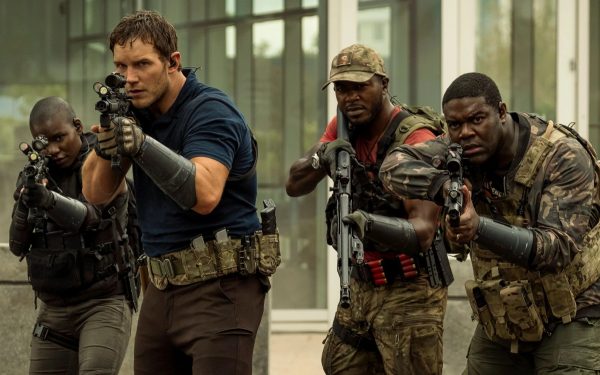 The Tomorrow War makes no bones about what its strengths are. It’s a clunking, cumbersome sci-fi actioner which benefits from Pratt’s abilities as a charismatic leading man and a dynamite performance from Strahovski as the brilliant woman who’s really running the show. The movie foregrounds young people as those leading the fightback with positivity and forward-thinking, in contrast to the individualism of the generation above them – an irresistible metaphor in the age of Greta Thunberg, also deployed to rousing effect in the recent A Quiet Place Part II.

Director Chris McKay does a stellar job in his first live-action outing, having previously worked in animation – including as director of 2017’s The Lego Batman Movie. He proves adept at keeping the action moving, while allowing things to slow down for the emotional beats of Zach Dean’s script. These character arcs are trite and obvious, but they serve their purpose of providing a framework to support the breakneck set pieces.

And those sequences are quite something, from the treacherous cityscape of the first onslaught to the Bond-like snowy finale. The alien creatures in this movie – monstrous behemoths with tentacles everywhere and a dozen ways to kill you – are brilliantly realised and utterly terrifying, creating a more than worthy foe for Pratt, Strahovski and their cohort. Sam Richardson provides comic relief and bags of charm, while Edwin Hodge impresses as a grizzled veteran of multiple alien battles and JK Simmons delivers a memorable cameo as Pratt’s estranged father. 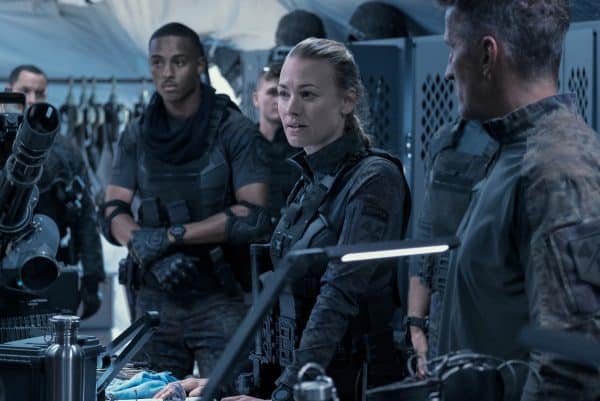 The Tomorrow War isn’t particularly clever, but it’s certainly big and keeps the thrills coming thick and fast even if nuance couldn’t be further away. It’s a shame that its streaming release will prevent most audiences from experiencing it through the massive screen and booming sound of a multiplex, but this is a movie with enough kinetic energy and bruising intensity to work on a screen of any size. It’s a floor-shaking blockbuster of the purest kind, with terrific set pieces and tonnes of fun.