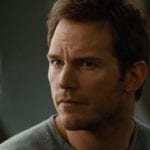 Deadline is reporting that Guardians of the Galaxy star Chris Pratt has signed on to star in the sci-fi film Ghost Draft, which is being directed by Chris McKay (The LEGO Batman Movie) for Skydance Media. The film, which is being eyed as a potential franchise, has been in development for several years and follows […] 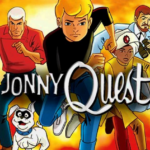 The Wrap is reporting that The LEGO Batman Movie director Chris McKay is set to reunite with Warner Bros. on a live-action feature film adaptation of the classic Hanna-Barbera animated series Jonny Quest. The show, which launched with a TV series between 1964 and 1965, follows a young boy called Jonny Quest who travels around […] 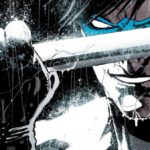 It’s been over 20 months now since it was first announced that The LEGO Batman Movie director Chris McKay would be taking the reins on a live-action Nightwing movie for the DC Extended Universe. Although McKay was quite active in teasing his plans in the early days following the news, things have certainly fallen silent […] 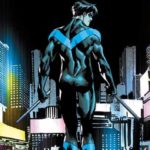 Last year, The LEGO Batman Movie director Chris McKay stated that Warner Bros. and DC Films would be “casting a wide net” to fill the role of Dick Grayson in the planned live-action Nightwing movie, with McKay subsequently stating in February that work on the script was ongoing, and we shouldn’t expect to hear casting […]

Almost a year ago to the day, it was announced that The LEGO Batman helmer Chris McKay would be bringing Dick Grayson to the DC Extended Universe with a live-action Nightwing movie. McKay has provided fans with regular social media updates about his plans for the former Boy Wonder, but the movie was one of […] 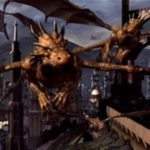 Paramount Pictures, Hasbro Studios and their newly formed production division Allspark Productions are reportedly in negotiations with The LEGO Batman Movie‘s Chris McKay to direct the Dungeons & Dragons reboot. McKay will be busy, having also signed on to helm Warner Bros. and DC’s Nightwing movie, as well as his producer duties on The LEGO […] 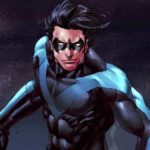 One of the coolest parts of Christopher Nolan’s The Dark Knight was the scene where Batman flips on his glowing white lenses towards the end of the film to aid him in a particularly hectic fight. The upgrade was a direct nod to the comics, and animated series, where Batman, and his extended Bat-family are […]

A couple of weeks ago The LEGO Batman Movie director Chris McKay told fans to expect an update on his live-action Nightwing movie around Valentine’s Day, and now the filmmaker has shared a few brief comments on Twitter to let us know where he’s at with the DC Extended Universe feature. Hi! Some early VDay […]

Back in February 2017, it was announced that The LEGO Batman Movie director Chris McKay is set to take the reins of a Nightwing movie, but – like many of the proposed DC Extended Universe features – the film has been absent from Warner’s last few DC Films slate announcements. However, McKay has now taken […] 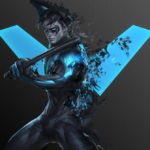 Although the project was absent from Warner Bros.’ recent DC Films slate announcement, it looks like we may be getting some casting news for Chris McKay’s Nightwing film this February. A fan on Twitter brought up the topic of casting, to which McKay replied his estimate for when we can expect the big news: I would […]