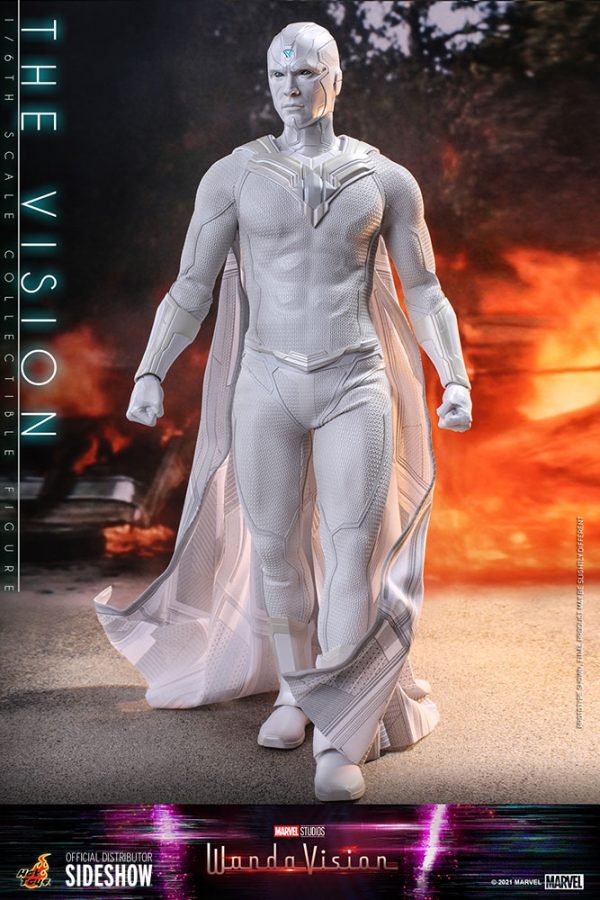 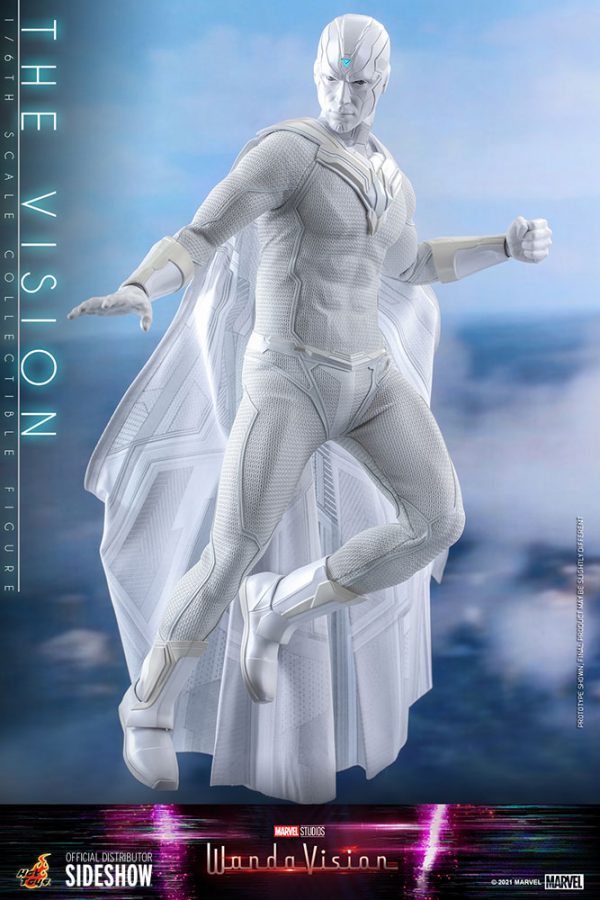 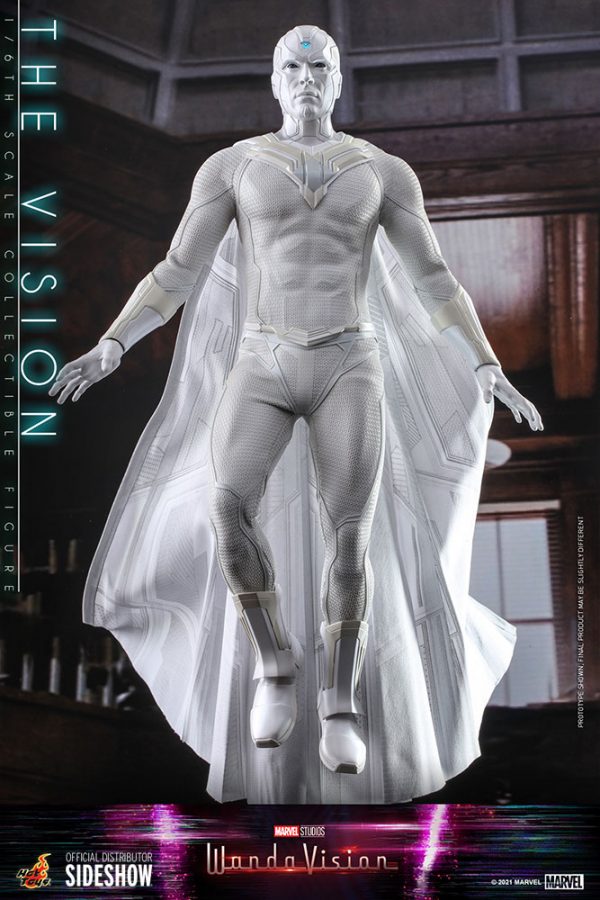 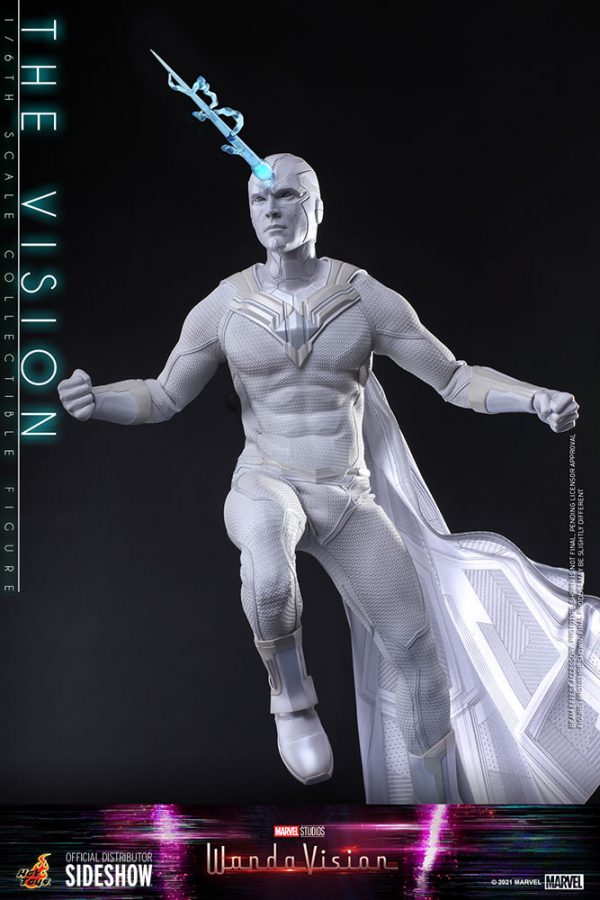 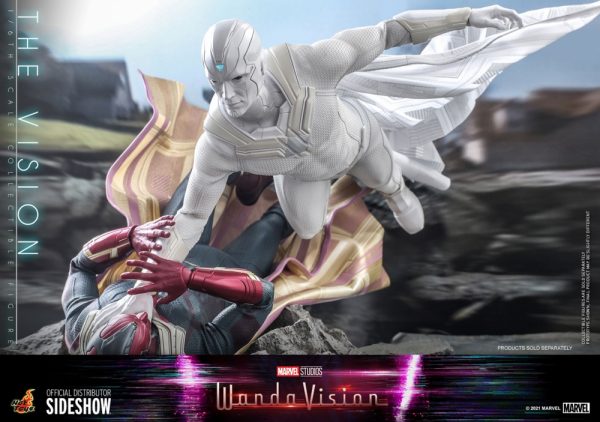 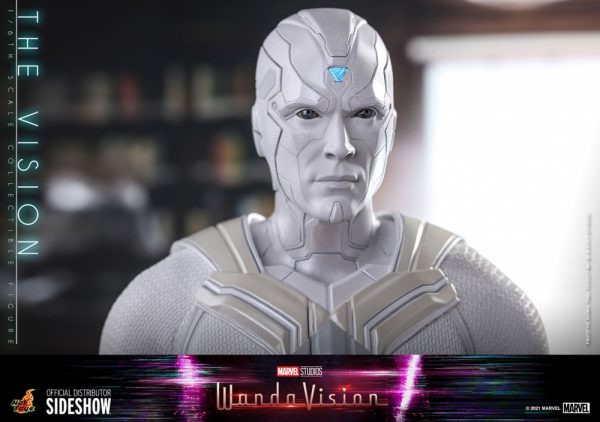 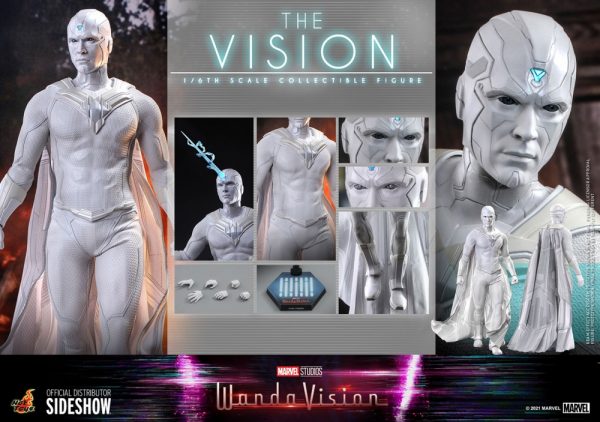 S.W.O.R.D has been working on bringing Vision back to life after he sacrificed in Avengers: Infinity War. After channeling some of Wanda Maximoff’s power, they were successful to reactivate him, but he’s distinctly different. The all-white Vision was given directives to neutralize Wanda Maximoff and destroy the original Vision.

Sideshow and Hot Toys are excited to unveil a brand-new sixth-scale collectible figure capturing The Vision from Marvel Studios’ WandaVision.

Skillfully crafted based on the image of The Vision in WandaVision series, the figure features a newly developed head sculpt in gradient white with an LED light-up function on the forehead and interchangeable eyepieces to emulate him before and after he acquires Vision’s memories. The figure’s incredible details reflect the mechanical features of the rebuilt android. The Vision includes a greatly-poseable specialized body, a finely tailored white outfit with shimmering effect and cape attached, an energy beam effect accessory to recreate the fight scene from the finale, multiple pairs of interchangeable hands, and a themed figure stand. 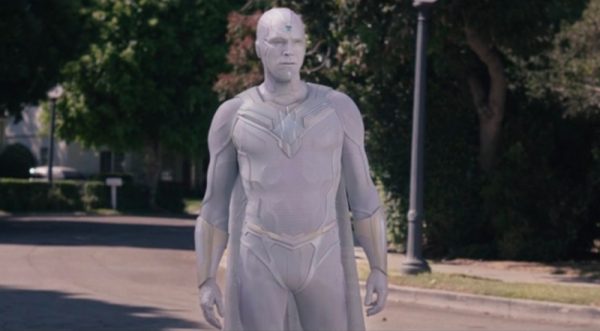