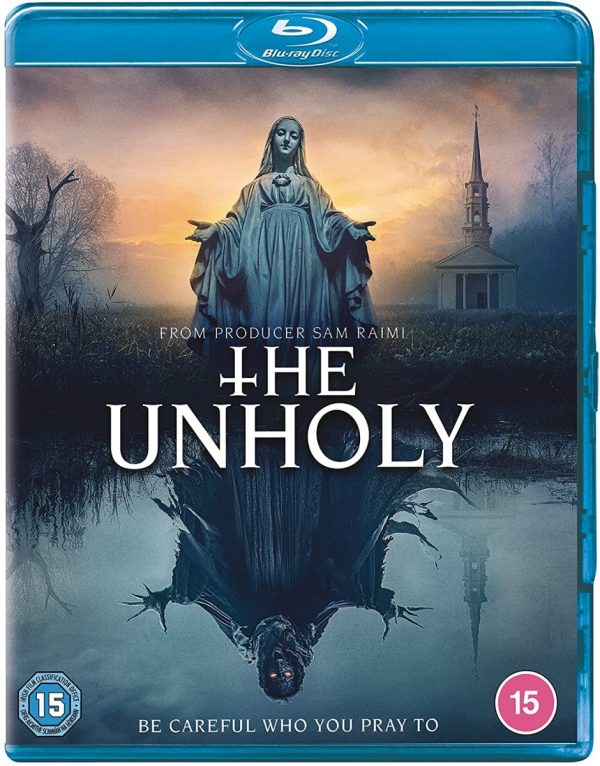 A deaf-mute girl appears to be cured after a visitation from what she thinks is the Virgin Mary but a disgraced reporter discovers differently. 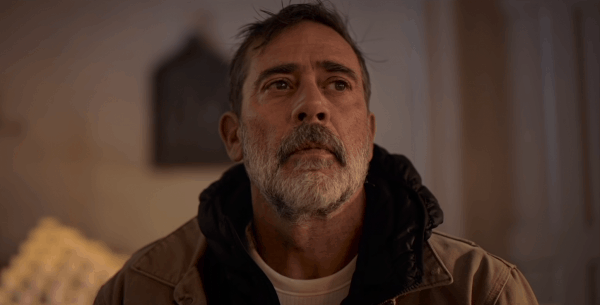 Based on James Herbert’s 1983 story Shrine, The Unholy is the kind of horror movie you don’t see get made very much these days, and although that could be construed as a good thing by being similar in story to the sort of religious-themed folky occult horror you used to get in the 1960s and’70s, the reality is much different.

Different because yes, the story, plot and themes of The Unholy are quite old-fashioned and somewhat straightforward by today’s more socially and politically conscious standards but the execution is very much a product of 21st century studio-made horror movie-making. However, we are not talking contemporary 21st century filmmaking but rather the kind of CGI jump-scare-heavy exercises in tedium that major studios were putting out on a regular basis during the previous decade. You know the ones – there’s a pixelated spectre whose face you can’t see, it moves closer to the screen, it’s body contorts in a jerky motion (because somebody in the executive’s office remembered watching Ringu or The Grudge – you know, one of those Japanese horror movies that are popular, can’t remember which one – and thought it looked cool) and just as everything goes still for a few seconds it leaps at the camera in a desperate bid to make us jump. Yeah, it might have worked in 2001 – and possibly in 2006 when the processor chip in the Hollywood computer graphics computer that they use for these movies finally caught up but in 2021 you cannot get away with such cheap and nasty trickery, unless you’re spoofing that particular craze and The Unholy is definitely not a spoof.

That said, Jeffrey Dean Morgan appears to be having a good time and that is despite the very dour tone of the film. He plays Gerry Fenn, a disgraced reporter visiting the small town of Banfield to investigate why a cow has had a mysterious symbol appear on its backside. Solving that little mystery quickly and, it must be said, quite amusingly, Fenn then discovers a doll wrapped in chains and hidden inside a tree, and when he breaks the doll – said to be used by farmers to help with plentiful harvests – he unwittingly unleashes the spirit within, whose name is Mary and who reaches out to deaf-mute local girl Alice (the wonderfully named Cricket Brown), the niece of the local clergy Father Hagan (William Sandler).

The next day Alice is able to talk, hear and – best of all – cure the locals of their ailments, including making a disabled boy walk, which Fenn captures on camera. This, of course, attracts the attention of the national press and the Catholic church, who send in a priest to try and disprove Alice’s claims that the Virgin Mary is helping her perform miracles. Naturally, things don’t go to plan once Uncle Hagan starts doubting what he is seeing and Gerry Fenn’s old journalistic instincts start to unravel the truth, but given his less-than-honourable reputation who will believe him? 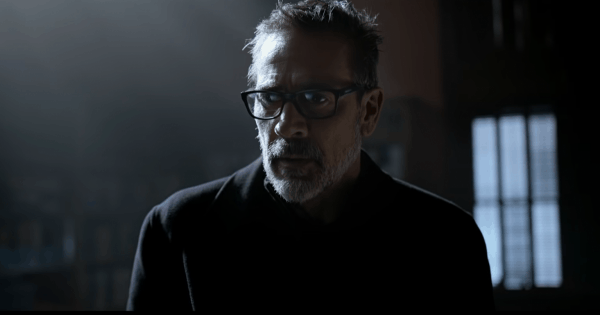 Given that it has quite a strong story and committed performances from most of its cast it seems a real shame that nobody trusted the material enough to give The Unholy the proper care and attention it needed to bring out the dread, instead opting for quick and easy jump-scares that even the most commercial filmmakers knocking out direct-to-DVD dreck eased up on using about five years ago. The very idea that somebody thought this was good enough to put in cinemas earlier in the year just goes to show the blinkered and unimaginative thinking that goes on in Hollywood, and just because there has been pandemic and you need to get something on the big screen doesn’t excuse the fact that The Unholy is not worth going out and risking your health for.

But you don’t have to risk going out now that the movie is on Blu-ray, although watching it on the small screen instead of a huge cinema one doesn’t improve matters. The first 20 minutes shows some promise thanks to Jeffrey Dean Morgan’s cheeky grin and his character’s inquisitive nature, plus some quality drone shots that help add a bit of dynamism to help set up that something nasty is afoot (the film was co-produced by Evil Dead duo Sam Raimi and Robert Tapert, which would go a little way to explaining the style of filmmaking in the first act) but all too quickly the artistic touches and flurries fall away and The Unholy drops into generic Hollywood horror movie mode, complete with a horrible CGI set piece (for use of a better word) that is oddly coloured and looks like an early PS3 demo, albeit one playing on a scratched disc because those major studios just love jerky body movements from their creatures. 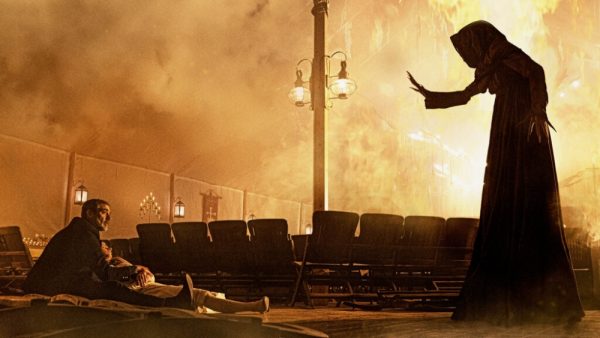 After that The Unholy trundles along at a deliberate pace that could have – and should have – ushered in a chilling and atmospheric occult mystery but instead the filmmakers chicken out and give in to convention, the woeful CGI sucking out any atmosphere and the reveal of who is responsible for the miracles feeling quite weightless, especially as you can predict where it is all heading long before anyone in the film does. The apparition that creaks its way across the screen every few minutes in the third act resembles something from The Evil Within video game and is the black mask that it wears really the best they could come up with? Perhaps they blew most of the budget on the cast, who mostly do a good job, although somebody did cast Cary Elwes and clearly didn’t notice that they included his audition footage as his final take – either that or he really is that terrible.

The Unholy then – a mainstream studio horror movie with a spark of promise but let down by the industry standard of half-committing to ideas, lazy writing and the most terrifying thing about it being that somebody looked at the creature effects and thought that a throwback to the days of melting ghost faces and slow-slow-slow-fast-at-the-camera jump scares were what was required to make a successful horror movie in 2021. Back to the boardroom with you, clueless executives.