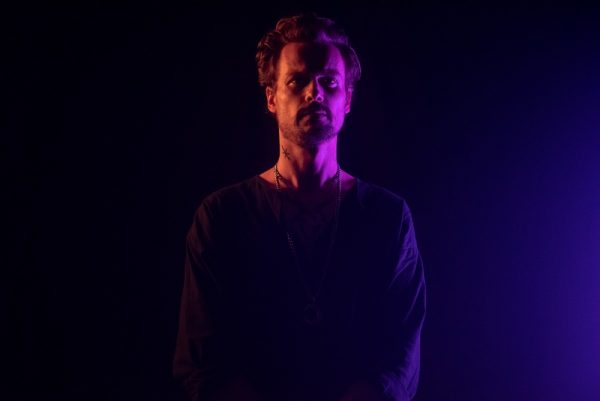 Richard Bates Jr. is one of the unique voices in all of film. Each of his movies has a surreal and strange tone to them, much like the work of legendary filmmaker John Waters. During our interview, Bates opened up to me about inspirations, what comedy movies he enjoys, and how his latest comedy King Knight pays homage to Waters. Enjoy our conversation below:

You have such a unique vision and film. I’ve been a fan since Excision, and I enjoyed King Knight. This is also probably your funniest film to date. What kind of comedies were you into growing up, and what inspired your more comedic side?

I mean, I love every genre, every kind of movie out there, from the biggest blockbuster to the most pretentious art film on the planet. And I would love them both equally. You know what I’m saying? As far as comedies are concerned, there’s a bunch that I really really love. Right. Specifically, when it comes to a King Knight, I would say a movie that inspired me to make it the way I did was Pecker, which is this nineties John Waters movie.

I was talking to Barbara Crampton yesterday about how I always feel you have a John Waters vibe. So, that’s funny.

I’ve seen that movie probably more than anybody. I love it—just kind of like my happy place. So I also love comedies like Rushmore, love The Cable Guy. Oh, Babe: Pig in the City, which is also kind of like a horror film. I also love RocketMan from 1997, the one with Harland Williams and a brief Shelley Duvall cameo. That one is so insane.

There are just so many; I can go on all day, as you can tell. 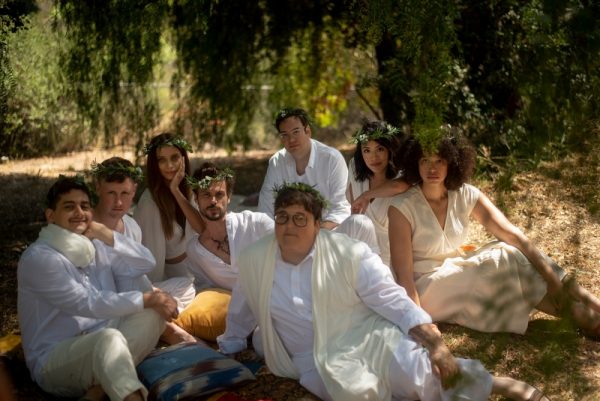 You mentioned so many films that can craft unique worlds. Like some of the John Waters movies you mentioned. You’ve built a universe with strange dialogue and a weird, great tone. Do you have this little universe in your mind where all your movies live? Is there like a Bates cinematic universe?

I’ve tried to make sure that if you put every one of my movies strung out together, then I’ll take place in the same world—sort of a heightened version of reality. The only difference is I sometimes take a more cynical approach, and with this, I couldn’t. There has been so much political shit going on, and the world seemed so ominous that I couldn’t bring myself to go dark.

I was pitched this witch movie; it wasn’t bad or anything; it was just a horror movie. Witches were on my mind, but I like witches. I don’t want to make a bad witch movie. So I said this is what we’ll do, we’ll make this a comedy. I kind of took this from Pecker is. It’s edgy, and it’s perverse, but it’s so goddamn sweet. So I really made a conscious effort to strip away my usual cynicism and just love every one of these characters. You know, the way that I truly believe John does.

This movie is hilarious, but it doesn’t shy away from those deeper topics, which most of your films do. Do you find it essential to say something with your work while also being hilarious or scary?

I gotta have a reason. Look, filmmaking is my favorite thing in the world to do, but it’s also a pain in the ass. So, I got to have a reason to stick with it.

Like with this, there’s a message of self-acceptance and growth. And what I felt was very important to say is that we’re all searching for the same answers to the same questions. I thought that that was important, and it drove me to make King Knight.

Getting this cast together was a dream come true with this. I financed it with my money, and then I took out a little loan, so I could just have complete control. Which also meant I go to cast who I wanted. I went so far as to work out contracts with the agents. Which I hadn’t done before that, all that paperwork, but it was was awesome.

I had fun, man. It reminded me of being a kid, making a movie in my parents’ backyard. Everyone was there for the right reasons. 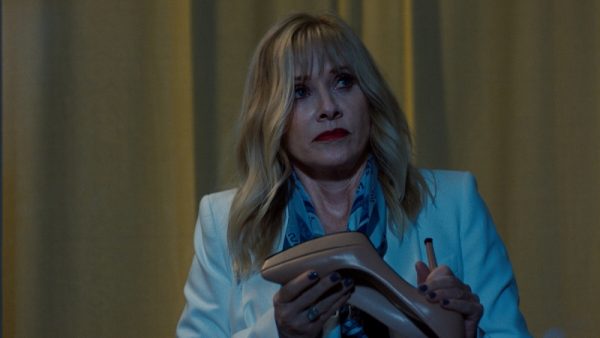 I spoke with Barbara Crampton yesterday. I mean, she even talked about sharing text messages with you about wanting to work with you again. So it’s interesting to see you make that connection. What goes into casting your people?

Well, I mean, when I was younger, my dream was to work at a circus. So, I loved the idea of a troupe, and I always feel like every movie we’re adding to the troupe. Everyone has their own special skill sets, and we create this super safe space to be fucking weird, as weird as you want. And all these people are down to play.

Barbara is just wonderful. I’m a huge Re-Animator fan, and I didn’t know Barbara. I called my friend Ted, he gave me a number, and I called her, and she ended up being in the movie. I was just amazed.

I am a firm believer, too, that you can’t forget that this whole thing started from being a fan. So I always like to have people that I had loved watching in the movies. It’s just like sort of a good luck charm and a reminder of how lucky I am to do it.

Many thanks to Richard Bates Jr. for taking the time for this interview.