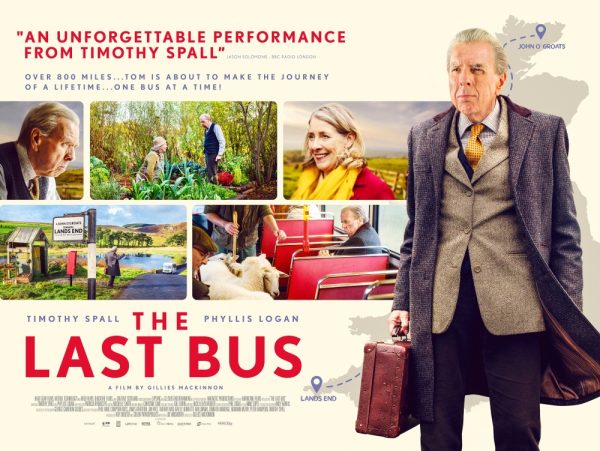 After the death of his wife, an elderly man decides to retrace the bus journey that took them from Land’s End to John O’Groats decades earlier. 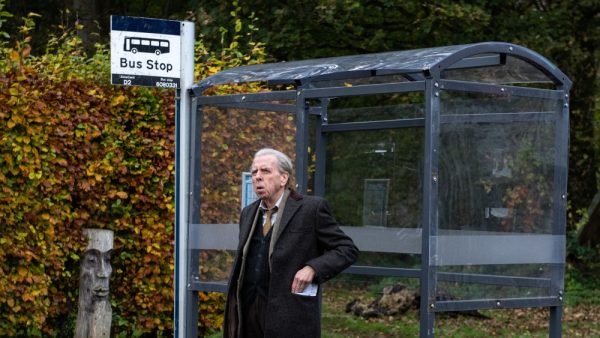 It’s easy to sneer at movies like The Last Bus. These are films seemingly precision-tooled for those midweek morning screenings in which attendees are handed a cup of milky tea and a custard cream on the way in – gentle, sentimental and ultimately unchallenging. That’s a reductive analysis, and certainly one I’ve been guilty of deploying in the past, but perhaps a year of lockdown has triggered something within me. I didn’t just have a lump in my throat at the end of The Last Bus. It was there the whole time.

Much of this is down to the strength of Timothy Spall’s central performance. With impressively weary physicality, he adds at least 20 years to his age in order to play Tom – a Second World War veteran reeling from the death of his wife Mary (Phyllis Logan) as a result of cancer. Via flashbacks, we learn that the couple fled their home of Land’s End in the 1950s after an initially unspecified tragedy, with Mary asking Tom to get her as far away from that pain as possible. As a result, the couple caught dozens of buses and lived out their lives together in John O’Groats. With a promise to Mary ringing in his ears, the elderly Tom decides to repeat that trip in reverse.

Spall sells every inch of this story with exactly the consummate skill we’ve come to expect from him over the years. His take on the increasingly frail pensioner is never caricatured or over-played, with subtle grunts and stumbles enough to deliver a convincing sense of a man with the weight of a lifetime on his shoulders. His worsening health is seldom played for any sort of comedy, with director Gillies MacKinnon – whose last work was the 2018 TV movie Torvill & Dean – and veteran British telly screenwriter Joe Ainsworth telling the story with sensitivity at its heart. 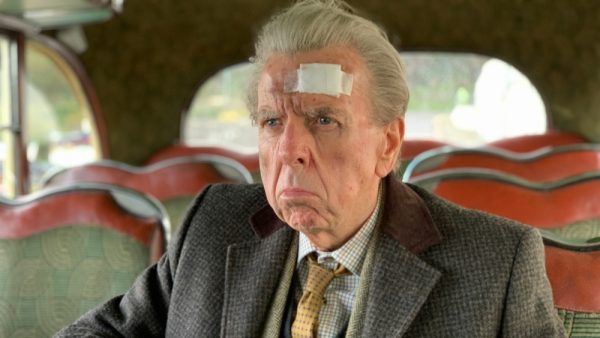 Wisely, MacKinnon’s movie seldom leaves the perspective of Spall’s character, but it seems to be in something of a push and pull row with itself over what its thesis should be. It’s strongest when it focuses on his determination to fulfil his promise to his wife, but finds itself embroiled in occasional episodic skits in which he crosses paths with symbols of diverse and multicultural Britain. Notably, it’s never Tom who is challenged by this diversity, but rather those around him. When Tom intervenes to defend a woman in a niqab who is being sexually harassing and racially abused, it feels somewhat perfunctory – albeit laudable – given how little it relates to the central thrust of the story.

By contrast, a story thread in which Tom quietly becomes a social media celebrity gently bubbles beneath the surface of the narrative. It’s never intrusive and only manifests in half-heard radio broadcasts and brief shots of fellow travellers typing the hashtag #BusHero into Instagram, but feeds into a rousing and life-affirming finale which does show the community spirit and diversity of modern British society in its best and most heart-warming form.

It only takes the most basic sort of familiarity with movies like this to know exactly where The Last Bus is going, but it would require a pretty black heart not to be at least a little moved by the journey. Spall elicits sympathy with his every creaky footstep or garbled word of thanks to the kindly strangers who help him on his way, and this is enough to compensate for a narrative that’s as old as the picturesque hills and country lanes through which Tom rides. It’s unlikely you’ll ever be surprised by the film, but you’ll definitely be charmed to bits. 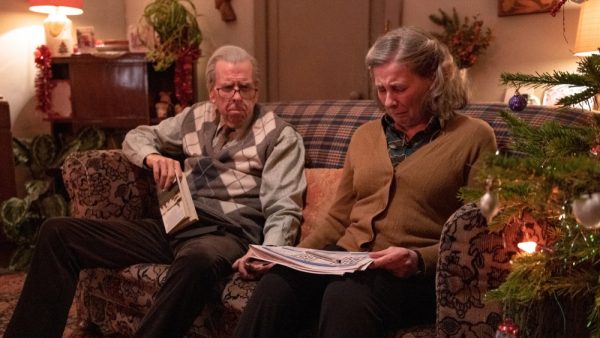