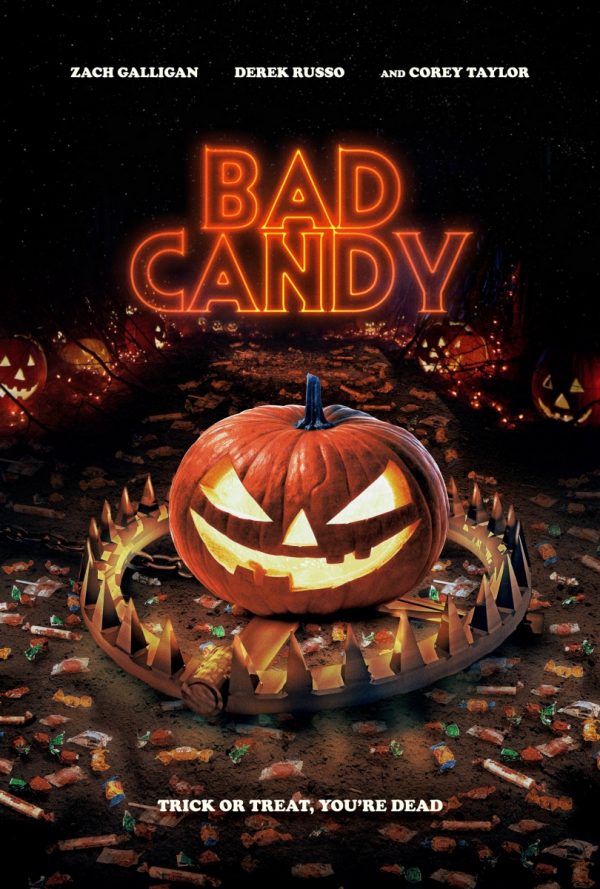 A Halloween-themed radio broadcast tells a series of spooky stories set in and around the town of New Salem. 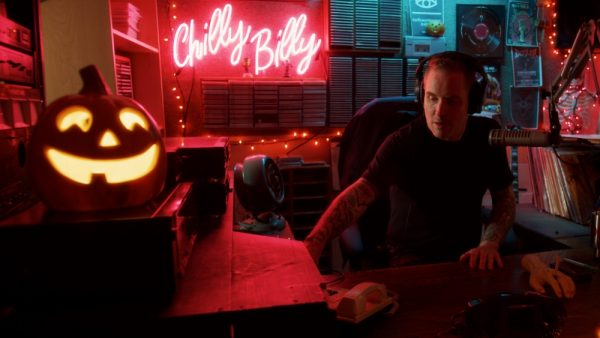 Last summer, the horror anthology Nightmare Radio arrived on VOD formats. Just as with most anthologies, it was a decidedly mixed bag of stories good and bad, with most of the shorts plucked from disparate film festivals. This year’s alarmingly similar Bad Candy, which shares the framing device of a late night radio DJ spinning spooky yarns, doesn’t have the same level of varying quality. Sadly, it’s all pretty terrible.

There’s some reasonable star power at play in the cast, with Slipknot’s Corey Taylor and Gremlins actor Zach Galligan portraying the radio hosts telling local myths from the town of New Salem. There’s a mortuary worker taking part in necrophilia in a nurse’s outfit, a Halloween-obsessed young girl with a magic notepad and a soul-sucking clown which pops up occasionally for reasons that are never quite made clear. 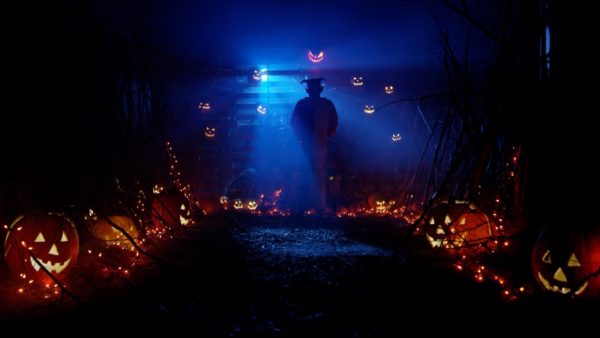 On the face of it, these sound like wildly divergent stories, but they all dissolve into a clumsy, sludgy mess where it’s never quite clear when one story is giving way to another. Taylor has decent presence as the lead DJ, but it takes the movie more than an hour before it actually utilises the fact he’s acting as storyteller to improve and enhance the drama at all. Rather than using the anthology format to deploy different styles and tones, directors Scott B. Hansen and Desiree Connell instead tell every story with the same listless lack of fervour.

The joy of the anthology horror format is that the genre is uniquely suited to short films. A scary story often benefits from the restrictions of limited locations, a truncated length and the necessity for a sharp, smart twist in the tale. There’s none of this in Bad Candy, in which all of the stories feel roughly the same and none of them come to any sort of satisfying conclusion. Instead, there’s often just a weird clown wandering into frame and an abrupt cut back to the radio studio. 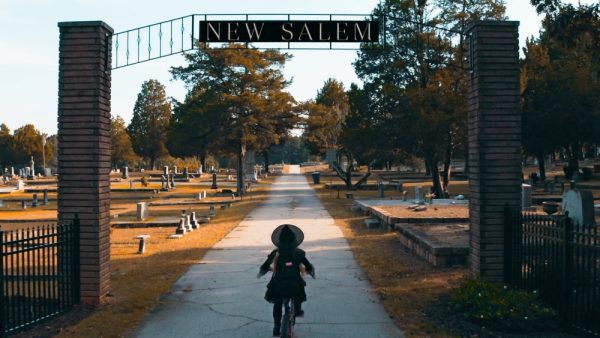 Part of the problem is that Hansen and Connell seem unable to ever finish a thought. There’s intrigue in some of the concepts – a ride share app staffed by unscrupulous types, for example, and the aforementioned magical drawing – but they never come to any sort of fruition. The movie is too hyperactive and determined to cram in as many bits and pieces as possible. The best anthologies have an internal logic and story continuity despite their inherently episodic structure, but Bad Candy is never able to establish that logic even within individual stories.

The idea of an anthology is not an excuse for piecemeal, muddled storytelling – particularly when all of the stories are written and directed by the same people. With concepts like this now well-worn idea of a radio host, the audience hopes for a campfire feel – a nod to the oral tradition of spooky stories. In this case, though, the campfire has been snuffed out, the marshmallows remain untoasted and everyone has retreated indoors.