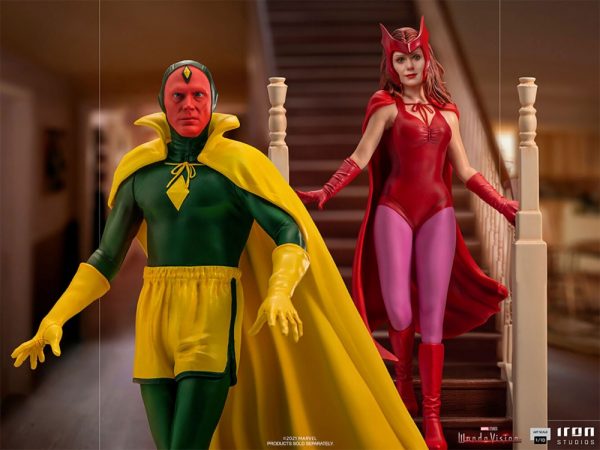 Sideshow and Iron Studios have revealed the 1:10 scale Wanda and Vision statues which are based on the appearance of the couple in the sixth episode of the hit Disney+ series WandaVision, “All-New Halloween Spooktacular”. The Marvel collectibles are available to pre-order now from Sideshow, priced at $150 each; check them out here… 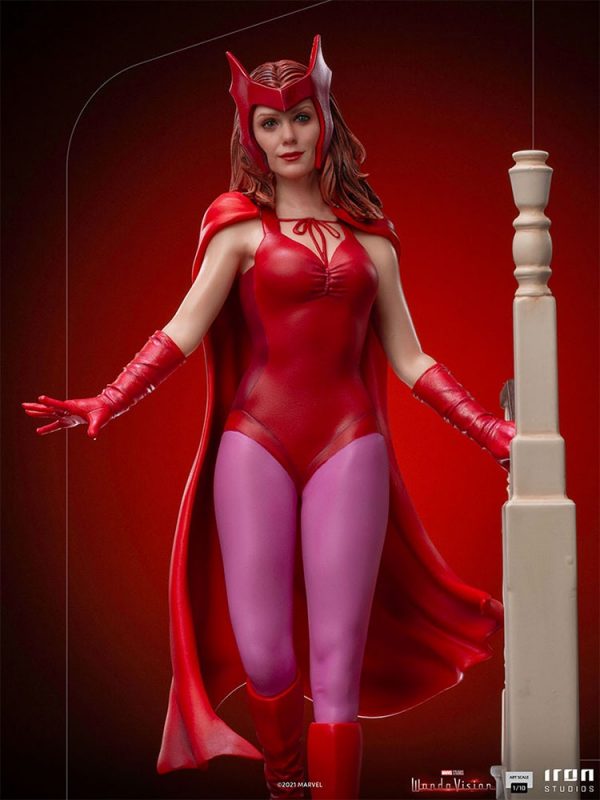 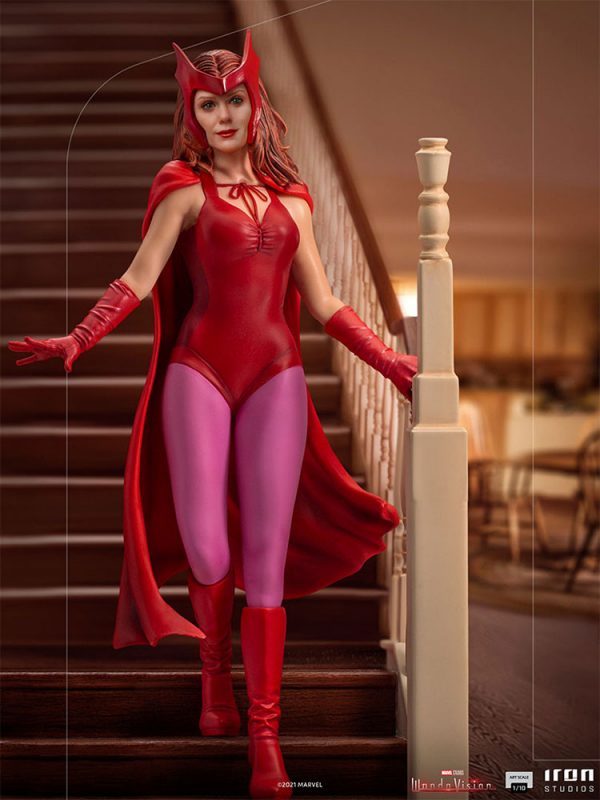 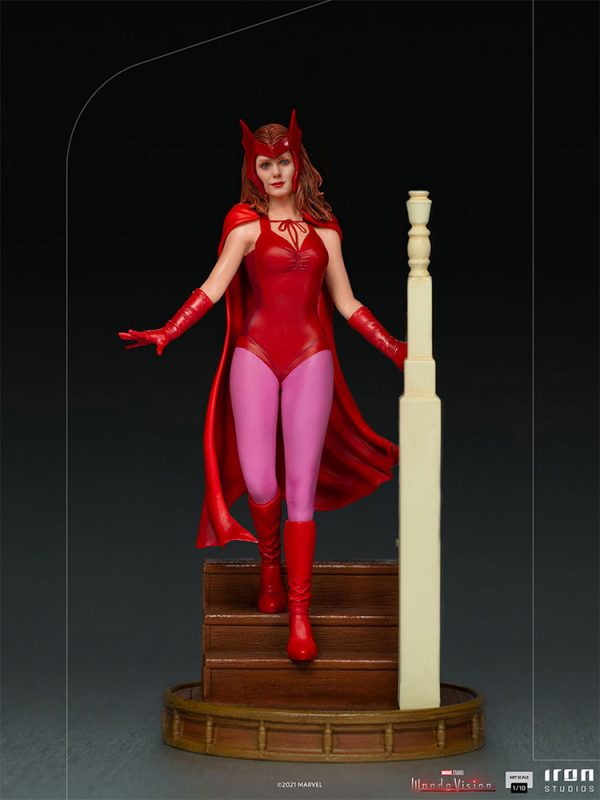 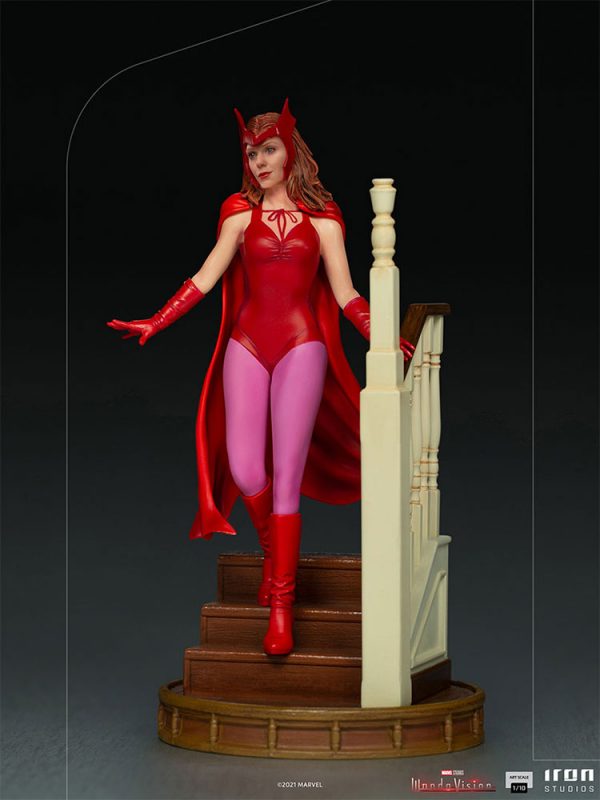 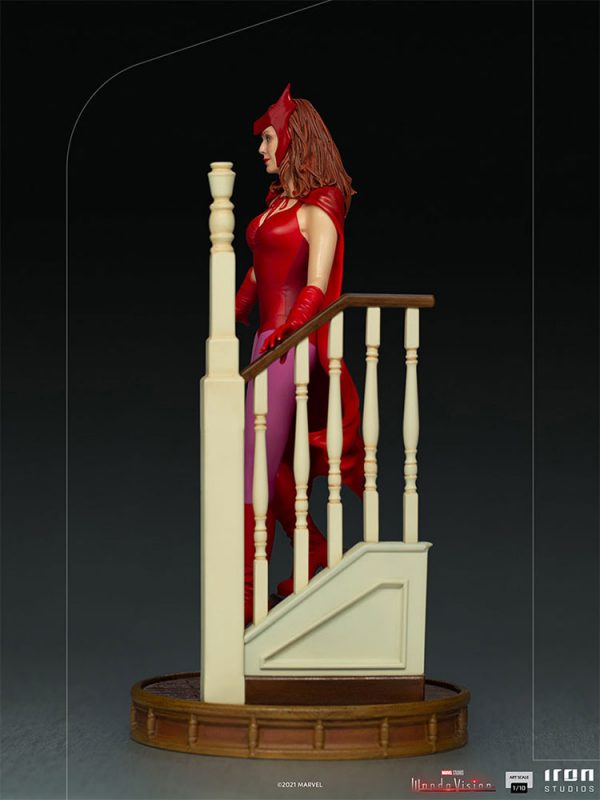 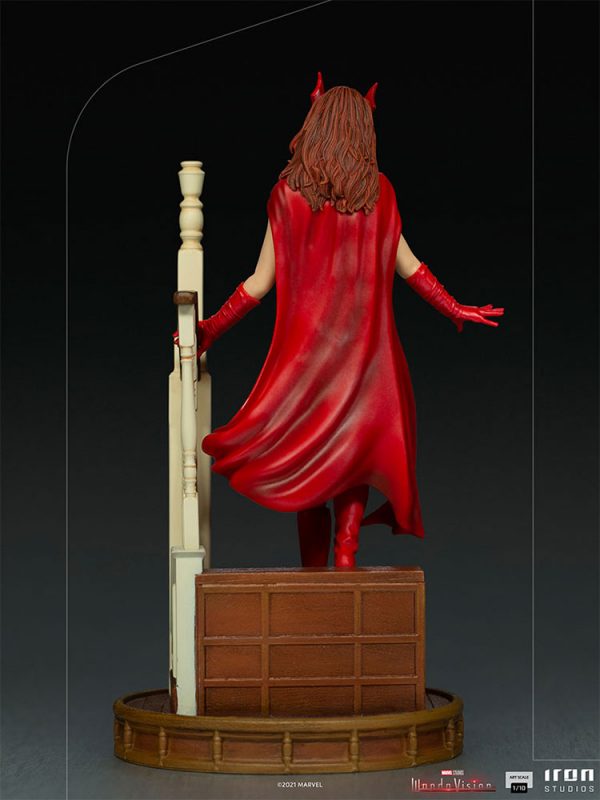 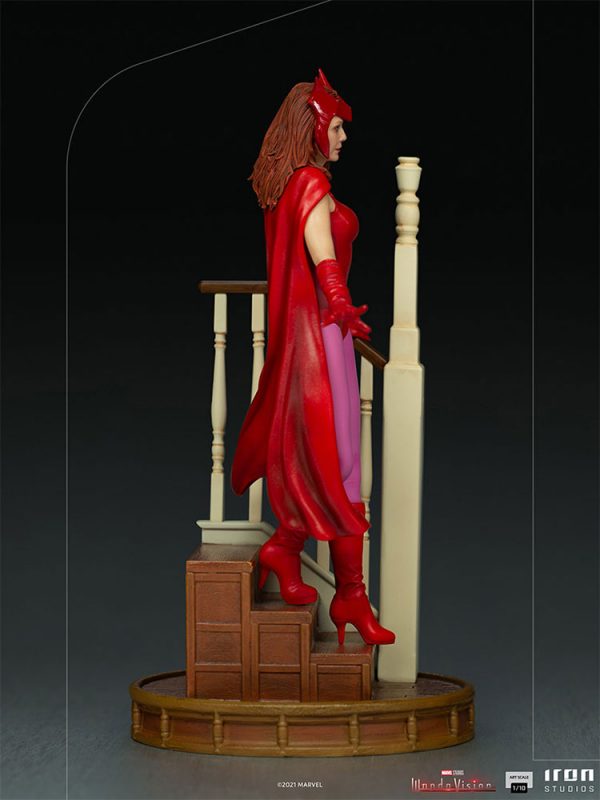 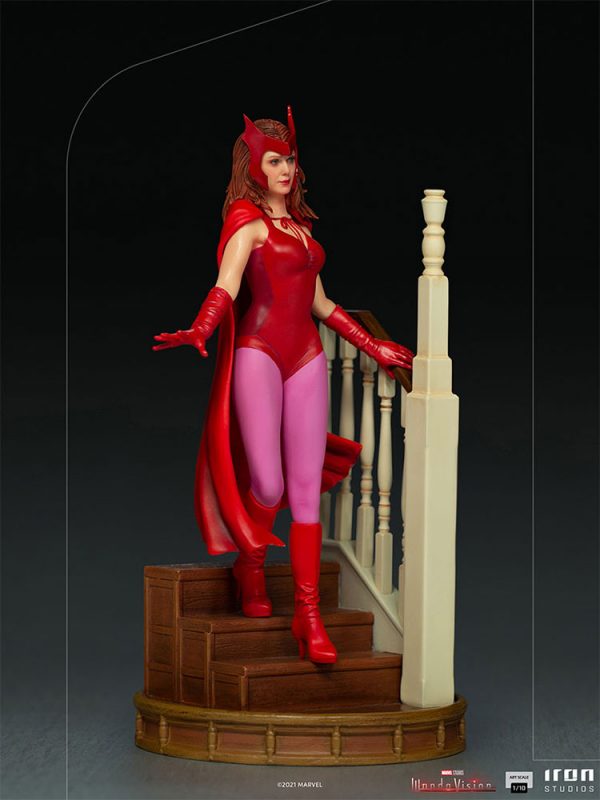 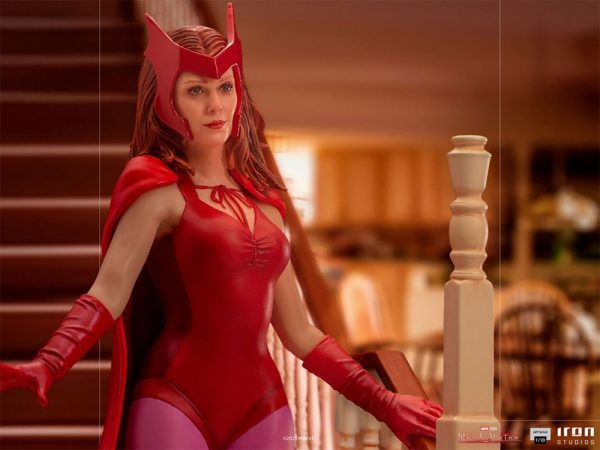 The beautiful Wanda Maximoff appears dressed in her classic Marvel comic-book look, wearing a leotard and boots, with red gloves and a red cape, walking down the stairs of her home in suburban Westview, New Jersey. Ready to celebrate Halloween, she describes her costume to her family as a “Sokovian Fortune Teller,” referring to her nationality. Thus Sideshow and Iron Studios present the statue “Wanda Halloween 1:10 Art Scale Statue” based on the sixth episode, “All-New Halloween Spooktacular!” from the Marvel Disney+ miniseries WandaVision.

In the Marvel Cinematic Universe, Wanda is played by actress Elizabeth Olsen. The character and her brother were made guinea pigs by the terrorist organization Hydra. Blaming the Avengers for the destruction and death of their family in Sokovia, they allied with the robot Ultron. After discovering the robotic villain’s real plans for destruction, they switched sides. Pietro ended up killed by Ultron, and Wanda joined the Avengers, where she began a relationship with the synthezoid Vision. 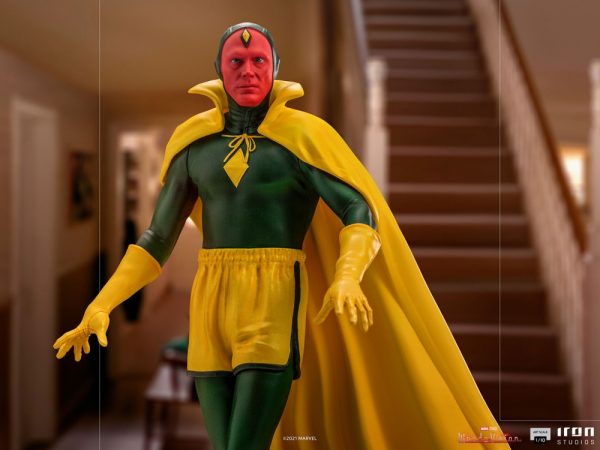 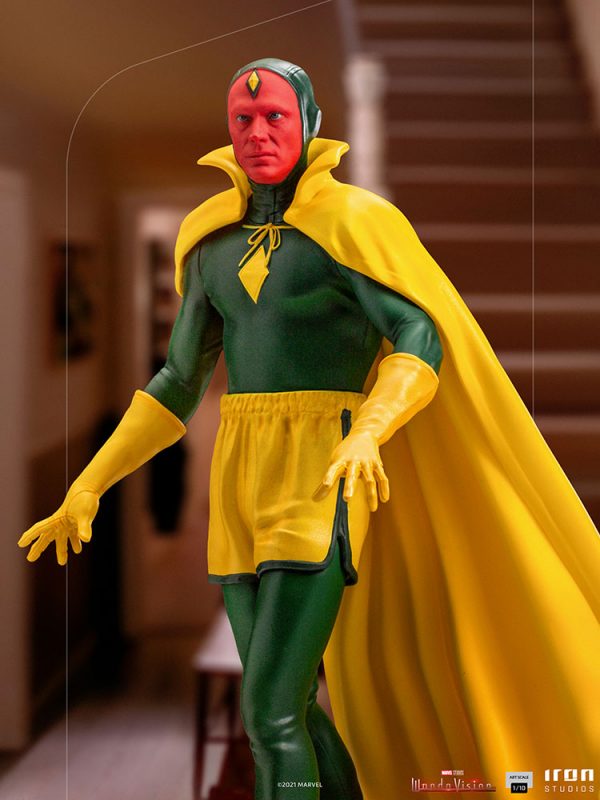 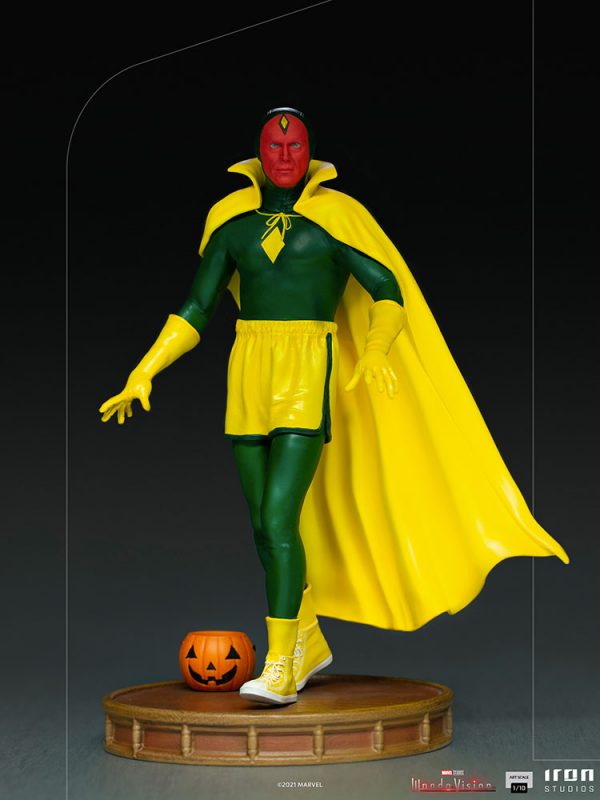 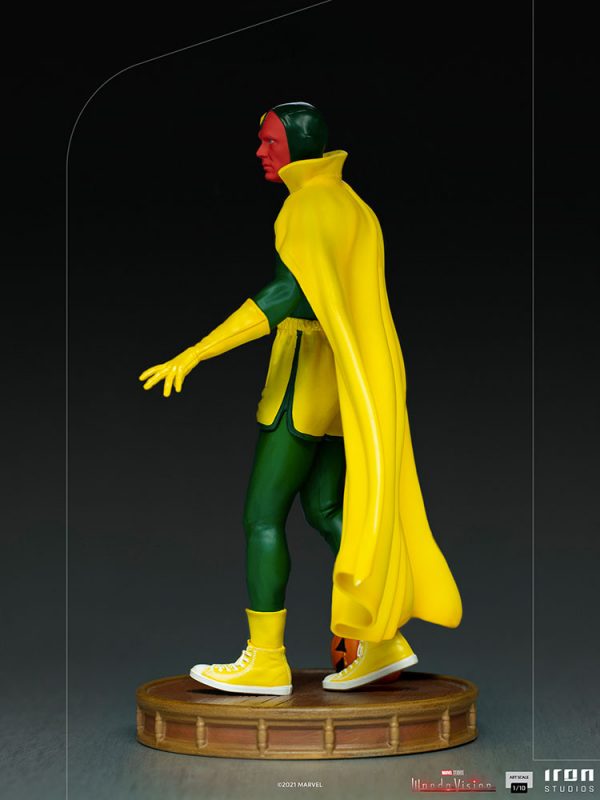 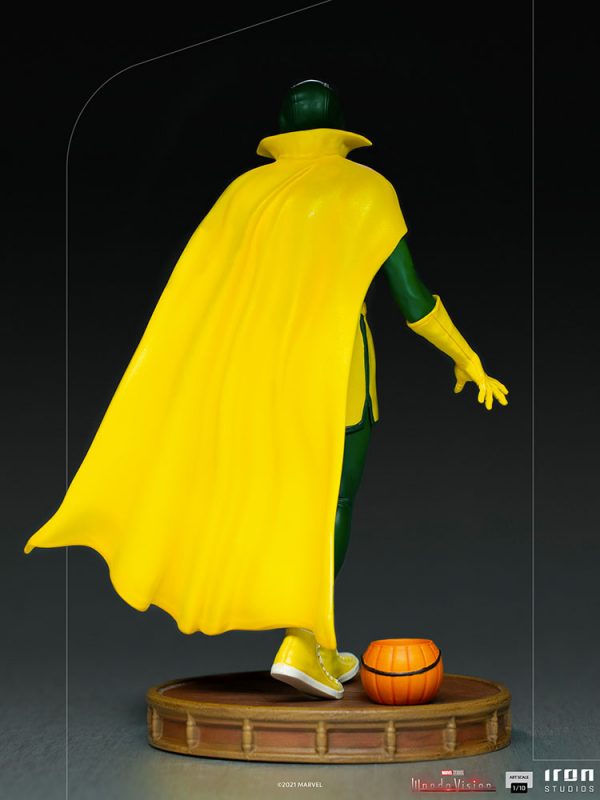 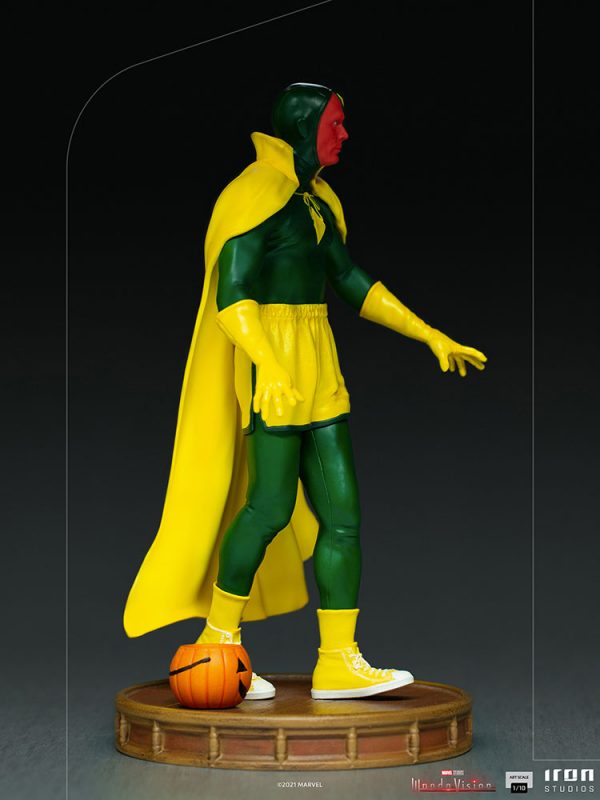 During Halloween in the small town of Westview, New Jersey, the synthozoid Vision, formerly an ally of the Avengers, says goodbye to his wife Wanda Maximoff, with whom he shares an idyllic suburban life. Vision is a volunteer on the community surveillance patrol and leaves for duty properly dressed as the holiday requires. He is wearing a costume similar to the original version of the character from the comics, but with the characteristics of cosplay, in a more laid-back way, with sports shorts, sneakers, and yellow socks. His costume has such an iconic look that he compares it to a luchador. In this way, at the request of fans and collectors, Sideshow and Iron Studios present the “Vision Halloween 1:10 Art Scale Statue” based on the sixth episode of the Disney+ show WandaVision, “All-New Halloween Spooktacular!”

The Vision is a synthozoid (synthetic human) created by the robot Ultron to serve as its new body in Avengers: Age of Ultron (2015). Paul Bettany returns to play this role in the WandaVision series. 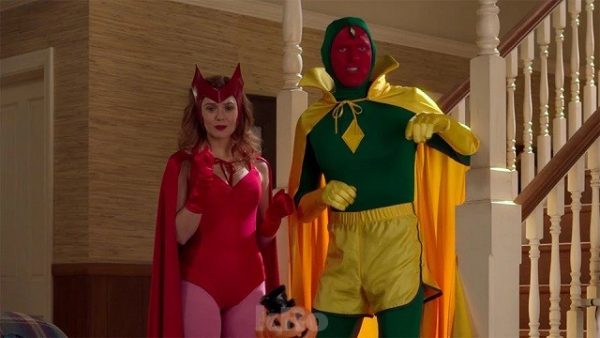