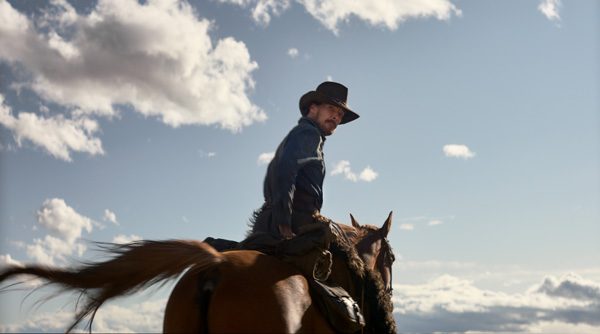 Rarely does a film sink its teeth in like The Power of the Dog, and from literally the opening seconds, no less. A foreboding line of voice narration questioning “what kind of man would I be if I didn’t help my mother” hangs heavy over writer/director Jane Campion’s (based on the novel by Thomas Savage) deeply complex character study rooted in American frontier gender dynamics. At the same time, Jonny Greenwood’s pulse-pounding score works in tandem with Ari Wegner’s lush framing of 1925 Montana (although technically shot in New Zealand), instantly absorbing and never letting up until the closing shot. And even then, it’s not over considering, while the film is a staggeringly penetrating work of art the first go around, contemplation and re-watches are sure to yield more subtle revelations regarding these methodically written characters and their psychological warfare.

Said opening sequence follows two brother cattle ranchers, Phil (Benedict Cumberbatch) and George (Jesse Plemons), along with their cowhands taking care of some business before retiring for the night at a nearby inn run by suicide widow Rose (Kiersten Dunst) with help from her socially awkward, lanky, and non-masculine son Peter (Kodi Smit-McPhee). All four performances are incredible for distinct reasons, but Benedict Cumberbatch has a taller challenge that he crushes. Phil is a borderline psychopathic rancher respected through a blending of charisma and dominance with an unabashed affection for his dying lifestyle (which could explain some of his hostility and cold-blooded callousness), usually telling stories of the glory days between him and his idol/mentor Bronco Henry. He also sees fit to mock Peter’s masculinity for having unique hobbies such as making paper flowers to set on each table. George is the opposite, but we also get a sense that he is tired of Phil and his menacing attitude. Whatever the case may be, he comforts Rose, routinely comes back to visit her, soon getting married.

Now living in the brothers’ large home and on their sizable plot of land (surrounded by majestic hills off in the distance beautifully forming symbolic and striking imagery), something about Rose’s presence or inclusion into the family (George brings the parents over to meet her) has, and I didn’t even think this was possible, further awakens a psychologically sinister monster. The simple sound of spurs thudding up and down hallways while taunting with a banjo has never been more terrifying; In this case, we don’t know what he is capable of, although the fear of what he might do greater outweighs that. At times, Phil is opinionated and argumentative, but this is also a nuanced turn from Benedict Cumberbatch suggesting layered behavior rather than senseless sadism. Is he angry that George might focus less on the ranch and riding now that the self-professed lonely man has settled down with a wife? Does he really believe that Rose is a schemer using George for money? Perhaps it’s both of those things compounding with the death of the Old West, fueling a deep-seated rage that scarily feels as if it could explode like a powder keg at any second. 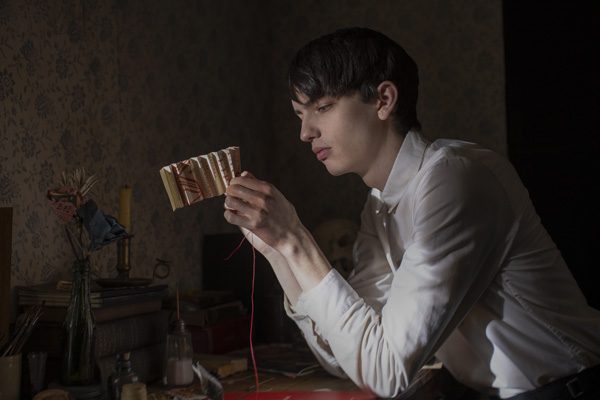 Nevertheless, his mind games have the desired effect on Rose, as her promising new life corrodes into alcoholism that George doesn’t quite pick up on (he could also probably use one or two more scenes as he is noticeably absent from much of the second hour, although maybe that’s to drill home the thematic point). A lonely man doesn’t necessarily make for the most attentive or understanding lover. As a result, Rose slips into delirium, not unlike her previous husband. Kirsten Dunst masterfully handles an evolving character dynamic, whether it’s a rattled attempt at a piano play or losing a connection with her son. Her freedom turns into a mental prison, with her only source for companionship seemingly being home servants (one of which is played by the graceful Thomasin McKenzie).

The Power of the Dog‘s first half is so deftly set up to be a social commentary in one direction (and still somewhat remains so) that when Jane Campion veers into another, it comes as a genuine shock even when it shouldn’t be that surprising. Initially, when it’s happening, there is a slight concern that it might not be handled correctly or that Phil is too far beyond the point of empathizing with, but if anything, it’s the exact moment those teeth are already sunk into the viewer, they spew venom. It’s where Benedict Cumberbatch has to show another side to this broken man. Maybe it’s more psychological warfare or sincere, but what is for sure is that it’s the last thing in the world Rose wants to happen. 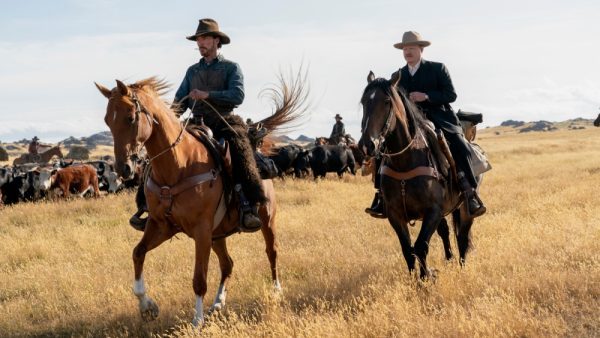 Still, The Power of the Dog so vividly re-creates a place in time with every single shot providing something noteworthy to marvel at, whether it be something discernible about the characters themselves, the vast landscapes, or something as simple yet impressionable as the burning of a cigarette. There are also those damn spurs pounding the floorboards as if Phil is the bogeyman. They are sure to haunt forever, just like the profundity of The Power of the Dog. Benedict Cumberbatch and Kirsten Dunst deliver the performances of their careers, and in a righteous world, Jane Campion will start a streak for female filmmakers winning the Best Director Oscar.