We are now halfway through the final season of The Expanse and its third episode ‘Force Projection’ was a very nice mix of character development, plot progression and another stellar action sequence as James Holden and Marco Inaros finally engaged in battle for the first time. As we head into the latter half of the season, it definitely serves to heighten the tension at this critical halfway point. 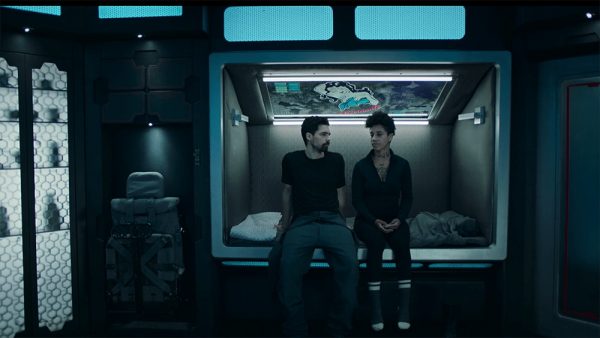 With such a shortened season compared to the previous ones and so much story to cover, ‘Force Projection’ once again balanced all the characters and story threads very well, even better than the last episode. The character arcs have become clearer as well as the season’s overall theme which seems to be discovering the humanity in others as well as your own. All over the episode there were characters discussing the need to be better than their opponents and help those in need, from Avasarala seeing the humanitarian crisis Marco trapped them in, Amos commenting on a surprise character’s altruism to Filip further noticing his father’s lack of humanity to the very Belters he claims to help. As the war is reaching its climactic point between the UN/Mars alliance and the Free Navy, this theme of humanity will surely only grow more important and profound.

Nowhere is this clearer than with Filip as his conscience grows and he starts thinking more for himself. After he called his father out for abandoning the Belters on Ceres, it seemed as if Marco had pushed him back to his side, but after their loss to the Rocinante it was surprising to see Filip publicly call him out even more, questioning his judgement and ruling the surprise attack down to pride and, from what Filip was going to say before getting interrupted, wounded ego at losing Naomi to Holden. It even seems like the cracks are showing among Marco’s supporters as Belters across the Belt declared him a coward and deserter and his second-in-command Rosenfield was noticeably objective to both his nonchalance at the incoming UN/Mars navies and his spur of the moment attack against the Roci. It shows just how tenuous Marco’s position (and sanity) is slipping as he had a rare moment of private vulnerability in his office at the conclusion where we got a look at how tired and stressed he was. 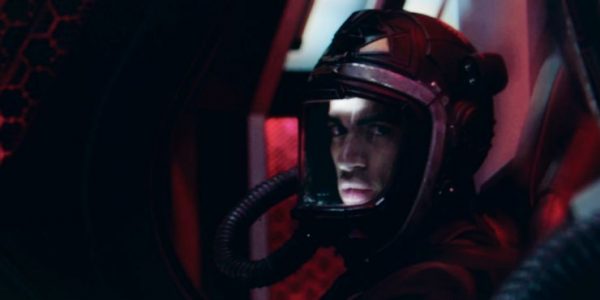 As for the heroes, there was plenty of great character moments between Holden and Clarissa, Holden and Naomi, and Amos and Bobbie. The fact we got our first real scene between Holden and Clarissa having a heartfelt conversation where she expressed her regret and remorse for her actions, particularly against the man she killed way back in the third season, and he reassured her of her place is another example of the season’s exploration of humanity. Steven Strait and Dominique Tipper got to display their excellent chemistry in a couple scenes, emphasizing how much Holden and Naomi compliment each other as people. It was also a nice surprise to get cameos of Elizabeth Mitchell’s Anna and Terry Chan’s Prax, both of whom played very significant roles in the second and third seasons but haven’t been seen since. It spoke to how much some things are coming together in the final season by offering viewers looks at previous characters, though there is still one glaring hole in how The Expanse will attempt to close things off.

While the openings at Laconia have been intriguing, it’s been an increasing question of just what their relevance is to the overall plot. The little girl’s story of discovering what Laconia’s native animals are and can do seems so far removed from the rest of the story, even if the Protomolecule is somehow involved. The ending did suggest Laconia ties in with whatever Marco is planning, but it still begs the question of why so much time is being devoted to it given the limited amount of focus in these final episodes. Book readers will have an idea of their significance and it’s possible The Expanse team is planting ideas of some type of continuation, but the payoff of the girl and Laconia’s involvement likely won’t come until the series finale. 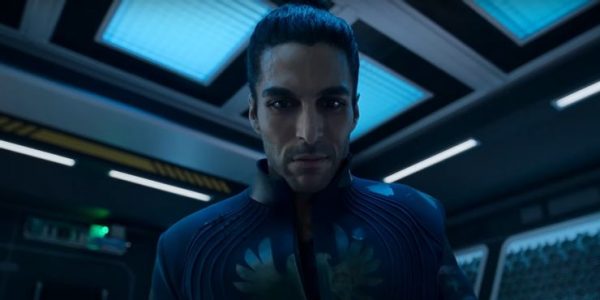 ‘Force Projection’ is so far the season’s best episode with its balance of characters and story, not to mention the very exciting action scene of Marco’s ships attacking the Roci. It’s placing all the characters in very interesting positions for the home stretch and the cast is doing very well with their material, most notably Strait, Tipper and Jasai Chase Owens as Filip. This was everything The Expanse is great for and the stakes have only risen even more with its climactic confrontation and Holden’s fateful decision not to destroy Marco’s ship due to Filip’s presence.