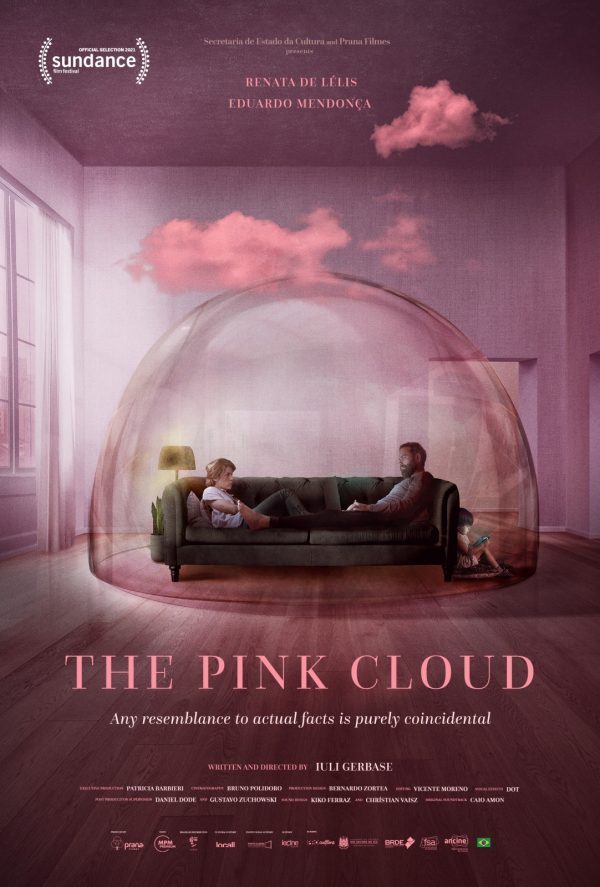 After a toxic and mysterious pink cloud appeared, Giovana finds herself stuck in a flat with a man she just met, changing her life in a way she never expected. 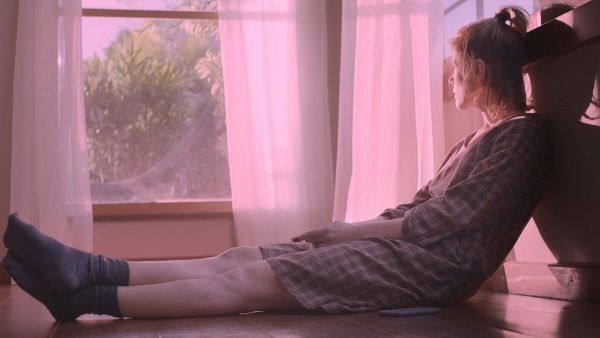 Credit to The Pink Cloud for leaning into the shocker that its premise, which involves a killer poison gas that forces society into isolation, was written and shot slightly before 2020. Since its premiere at Sundance last year, it’s also safe to say that writer and director Iuli Gerbase’s suffocating story has taken on even more similarities as we fumble through our own current global health crisis.

Case in point, after years and years of being unable to leave the house (the toxic gases from the titular pink cloud only need ten seconds to kill someone, and no masks or hazmat suits in the world have proven to be sufficient for survival), a miracle occurs. The pink hues that drench every gorgeously hopeless frame of the film fade away into an inviting green. The nightmare is potentially over. Giovana (a brilliant performance from Renata de Lélis, capturing the internal pain and mental strife of perpetual lockdown) makes plans with a friend over video call to spend time at the beach, just as many of us over the past summer finally felt safe enough (especially those of that smartly got vaccinated) to live our lives again. But just like the arrival of Omicron to throw the state of things into madness and uncertainty once more, the pink cloud returns, arguably crushing the characters here more than ever before. It’s one thing to make peace with normalcy never returning and another entirely to have a taste of it before it’s promptly ripped away again.

Technically, that’s a spoiler (something I don’t often do when writing reviews), but while The Pink Cloud functions compellingly as a family drama stuck within a two-story home, naturally growing tired of one another while simultaneously trying to remain connected to other loved ones digitally, there’s a more visceral punch when taking all of this in the context of the world we live in. Sure, it might not reflect society to a T (oh how I wish there were at least one scene of idiots assuming the pink cloud was a government conspiracy 3-D hologram optical illusion or something to take away their freedums only to step outside and choke to death from their own stupidity), but the focus on the central characters here is tight and thoughtful as their mental state transforms over an expertly cut passage of time. Rest assured, there are still some great comedic moments to lighten things up.

Intriguingly, the central relationship involves a pair forced to live together under the circumstances even though they have only known each other for what seems to be a single day of intimacy. They are the aforementioned Giovana and Yago (Eduardo Mendonça, also delivering a terrifically shattering performance albeit for more restrained reasons as someone that has given and accepted this new way of life) soon realizing that they share different perspectives on several things, Most noteworthy of them is the prospect of bringing a child into this world. Yago believes that the child will be happy as this will be the only life he has known (also feeling that they will have an online romantic partner one day). In contrast, Giovana has the more rational perspective of it being a horrible idea. 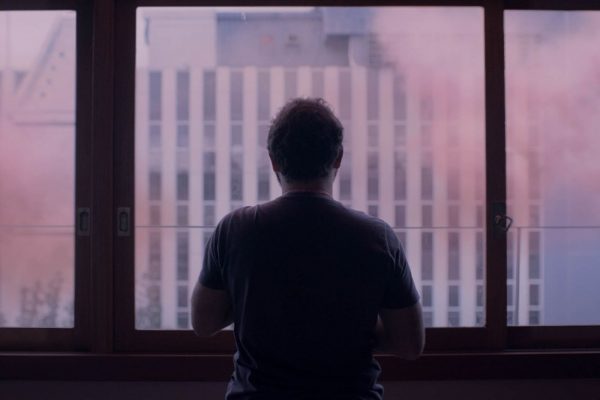 Offering some clarification, it’s also mentioned that a tube has been constructed to freely send essentials and goods that barely pass for food and recreational items, such as a virtual headset. It’s unclear how any of this works and is one of a few elements that The Pink Cloud could have expanded on, although it’s also to be admired that the concern is always on the characters and their emotional developments rather than unnecessary world-building. Some ambitious choices that initially gave me pause for concern (such as bringing a child into the story and passing through pregnancy swiftly) also pay off. The most remarkable aspect of The Pink Cloud is how it continuously deepens and transforms these characters and their relationships. And it’s all wrapped around two phenomenal central performances from Renata de Lélis and Eduardo Mendonça that not only make us feel the despair but empathy for their every thought and evolving worldview.