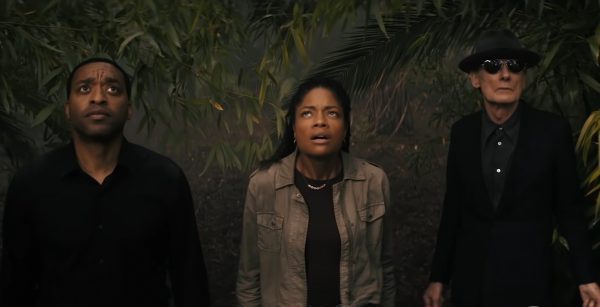 Showtime has released a new trailer for its upcoming sci-fi drama series The Man Who Fell to Earth.

A reimagining/sequel to Walter Tevis’ 1963 novel of the same name, the series follows Faraday (Chiwetel Ejiofor), an alien visitor to Earth who is forced to confront his own past to determine the fate of humanity.

Joining Ejiofor in the cast of are Naomie Harris, Kate Mulgrew, Sonya Cassidy, Clarke Peters, Jimmi Simpson, Rob Delaney, and Bill Nighy, the latter of whom stars as Thomas Jerome Newton, the role played by David Bowie in the 1976 film adaptation.

Based on the Walter Tevis novel of the same name and the iconic film that starred David Bowie, THE MAN WHO FELL TO EARTH will follow a new alien character (Ejiofor) who arrives on Earth at a turning point in human evolution and must confront his own past to determine our future.

The Man Who Fell to Earth premieres on Showtime on April 24th.