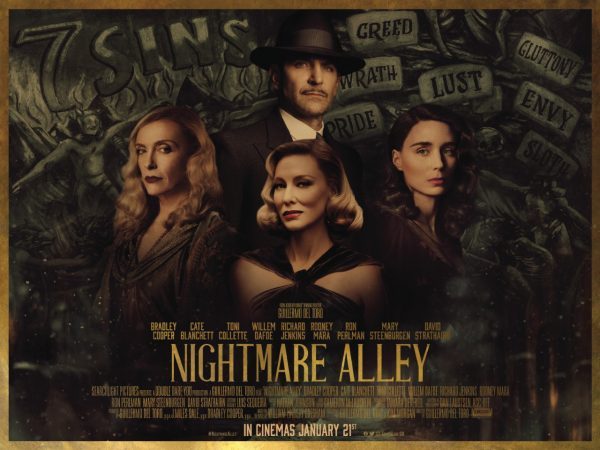 A mysterious drifter with a gift for manipulating people, embarks on a dangerous journey with a devious psychiatrist. 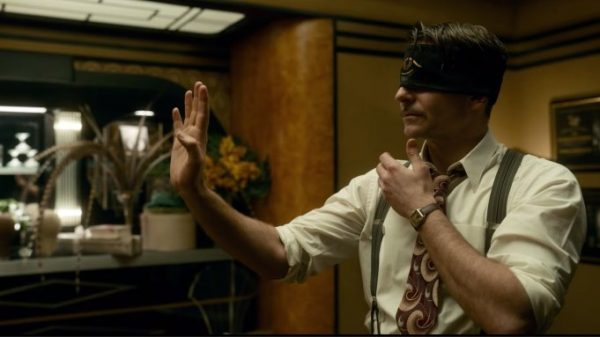 Guillermo del Toro is the auteur’s auteur. The jovial yet candid filmmaker has over the years created a niche for himself, crafting emotionally laden narratives infused with a touch of the supernatural. His stories are often quite personal, possessing some degree of socio-political commentary and set in breathtakingly baroque milieu. Yet in spite of winning the top honors at the 90th Academy Awards, for his otherworldly fable The Shape of Water, del Toro’s remains his usual irrevocable self as evidenced by his latest venture Nightmare Alley. Based on the 1946 novel of the same name by William Lindsay Gresham, the story follows an ambitious carny with a mysterious past, who is willing to do whatever it takes to earn his fame and fortune, in a duplicitous world where nothing is ever what it seems.

The bare bones of Nightmare Alley’s plot are that of a cautionary tale, or more precisely a cautionary tale about the dark side of ambition. It’s a predictable story we’ve seen unfurling on screen a thousand times prior, but what matters in such instances is how a director chooses to execute and breathe new life to a formulaic narrative, and this is where del Toro shines. As per usual the world building at display here is a jaw-droppingly gorgeous one; from the grimy, sweat-sodden world of the Carnivale to the elegant opulence of 1930s depression-era New York. The attention to detail is simply surreal and the movie owes much to production designer Tamara Deverell’s contribution here. But where would a del Toro film be without its striking cinematography? To this end DOP Dan Laustsen does a tremendous job, capturing some truly arresting imagery for our viewing pleasure, some of 2021’s finest for sure. Musician Nathan Johnson, stepping in at the eleventh hour for Alexandre Desplat, has conjured an effectively minimalist yet haunting score, that beautifully complements del Toro’s neo-noir psychologically thriller. 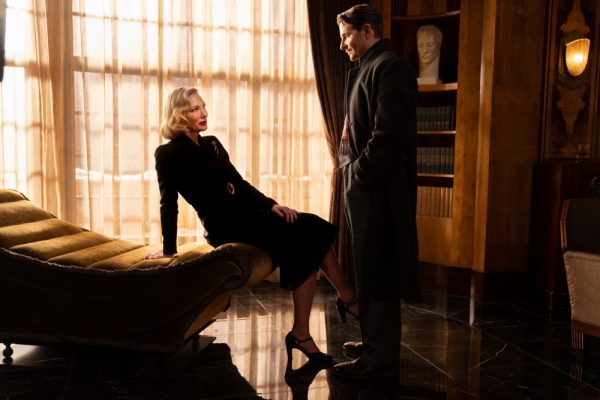 Bradley Cooper turns in a power-house of a performance, as the ambition hungry carney Stanton Carlisle. Not once does the talented actor get upstaged by any of his other cast members, even with such a stacked cast as this. This is Cooper’s movie through and through, and the bloke delivers in spades. I won’t spoil it for you, but that final exchange between him and Tim Blake Nelson is a real doozy; the twisted icing on top of del Toro’s grotesquely alluring cake. The ever-dependable Cate Blanchett is the Yin to Cooper’s Yang, playing the charmingly deceptive psychiatrist Dr. Lilith Ritter, the femme fatale who proves more than a match for Carlisle in this drama. The cat and mouse game between the duo makes for quite a riveting watch. Rooney Mara is pitch-perfectly cast as the hopelessly naïve Molly and Richard Jenkins is unforgivably despicable in his turn as the wealthy recluse Ezra Grindle.

Nightmare Alley is a film that’s populated with some truly irredeemable characters, and that might seriously turn off some viewers. But if you are familiar with del Toro’s efforts, you’d know what to expect- a sumptuous visual journey propelled by captivating storytelling, bedecked with compelling performances from start to finish.