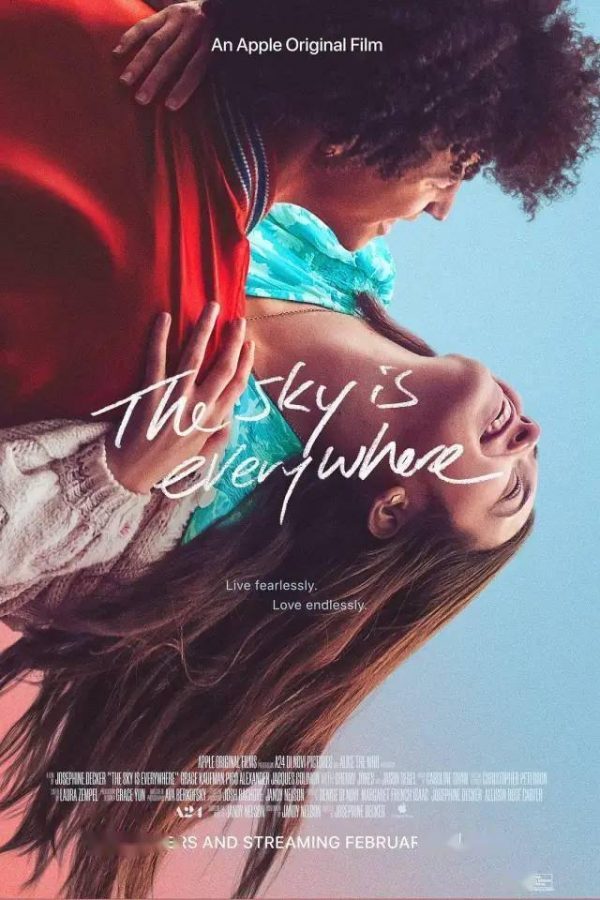 A shy, teenage musician tries to keep things together in the aftermath of her older, more outgoing sister’s death. 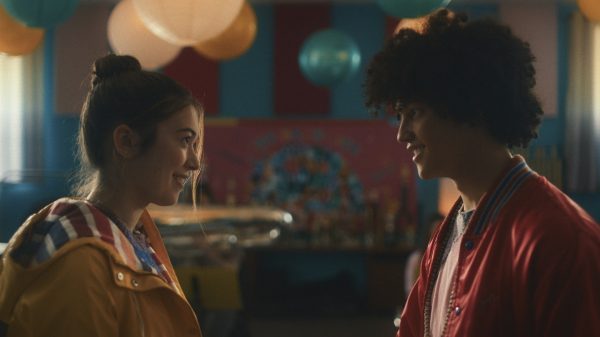 Musician prodigy Lennie (Grace Kaufman, impressive despite being saddled with disappointingly derivative material from a visionary director as talented as Josephine Decker, who resorts to over-direction to compensate for Jandy Nelson’s screenplay treatment of her novel) narrates that she wants to cope with the loss of her slightly older sister (Havana Rose Liu’s Bailey) by falling in love and into someone’s arms. To that effect, one aspect The Sky Is Everywhere does get right is the idea that the best things in life can randomly happen in a split-second, just like the worst things (Bailey died from a heart condition while performing on stage).

Somewhere between moping around, wearing Bailey’s clothing, refusing to clean a messy room that might as well substitute as an altar to her sister, and pushing away her concerned but equally depressed grandma (Cherry Jones) and pothead uncle (Jason Segel), who is coping by conducting experiments for bringing small insects back to life, Lennie develops an attraction for clarinetist classmate Joe (Jacques Colimon sporting one of the most infectious smiles known to humankind) and her sister’s grieving boyfriend Toby (the handsomely kind Pico Alexander). The latter is, of course, a bad idea for multiple reasons, but one that makes sense for these characters considering the loss they feel and the connection they can attempt to mimic.

None of this is especially new or original, only becoming more sentimental and cliché the longer it goes on (with some embarrassing heartstring tugs that should have been removed considering they add nothing, only serving as an artificial way to elevate the pain these characters feel), meaning that it’s up to Josephine Decker to do what I can only assume is the reason she was attracted to the script in the first place (beyond getting slightly bigger day-to-day coming off of some incredible independent works); direct the ever-loving hell out of it.

Aside from imbuing all of these characters with an overabundance of quirkiness that takes away some of whatever depth there is to them, Josephine Decker conducts an array of fantasy sequences, storybook visual tricks, playful sound effects, and colorful scenery (whether it’s the family’s garden or out in town) to various degrees of effectiveness. They can be as sophomoric as “boing” noises from Lennie noticing Toby getting excited while embracing one another or the forest coming to life as she and Joe bond listening to Bach. At times, this gives The Sky Is Everywhere a kitchen sink sensation approach to formulaic storytelling; Josephine Decker wants to make something aesthetically pleasing or visually inventive out of every single scene, which is definitely something to admire but quickly becomes too much considering it’s mostly a hollow cover-up for how bare-bones this narrative is. On the other hand, it’s almost always entertaining because of it.

Once The Sky Is Everywhere reaches its third act, though, the script ultimately transitions into a love triangle where characters make mistakes that could instantly be understood and forgiven if they spoke to one another rather than react emotionally nonstop. That’s also a large problem here in general, as the characters, especially Lennie, have no nuance; they are consistently dialed up to 11 shouting and yelling about issues. As a result, there is a sequence toward the end between Lennie and her grandmother unifying them in their commitment to moving on that doesn’t come across as emotionally impactful as it should, considering Grace Kaufman has been explosive throughout almost every scene. There are also moments where the characters acknowledge how regressive or certain creepy aspects can be, only to try covering it up with strange logic that’s a tough sell.

Most of the performers here are putting in decent work (Cherry Jones is easily the standout), and Josephine Decker, bless her heart, is working overtime to gift the familiar with a fresh coat of paint. However, it’s not enough to save The Sky Is Everywhere from its indulgence in that familiarity. Even the drama here feels like it’s afraid to make these characters too flawed because they still have to be perfect heartthrobs at the end of the day. The sky is actually cloudy, and Josephine Decker’s imaginative direction is nowhere near enough sunshine to clear that away.