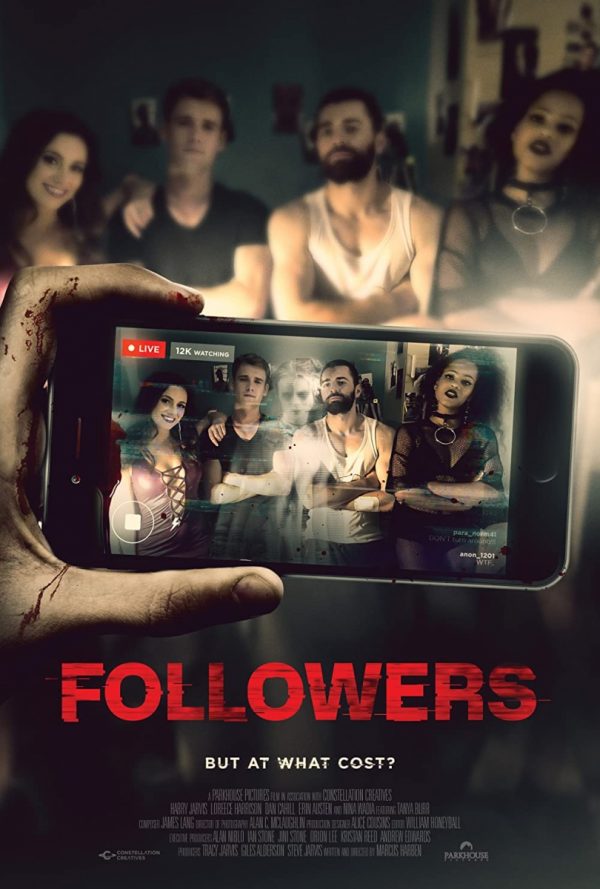 A struggling social media influencer discovers the house he shares is haunted. The ghost brings him and his friends fame and fortune, but with deadly consequences. 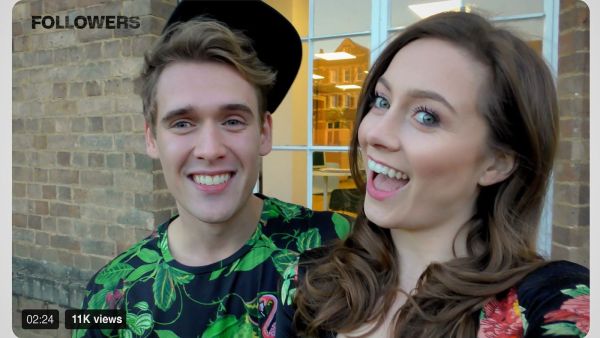 There aren’t many riper subjects for satire these days than the soullessness of social media, though the new film from writer-director Marcus Harben – who sadly passed away prior to its premiere – can’t quite find a compelling new angle, despite a fair effort from its game cast.

Jonty Craig (Harry Jarvis) is a chirpy social media influencer who moves into halls with three fellow students, only to discover that their flat contains a paranormal presence which just might be their ticket to followers, fame, and fortune. But of course, everything comes with a price.

On paper, it’s certainly easy to see how such a topical premise could basically deliver Shallow Grave for the social media generation, and to Harben’s credit, he certainly captures the zippy breakneck aesthetic of media consumption in the age of TikTok. Jonty’s videos, with their hyperactive editing and air of affected, pompous chill, feel accurate to the current zeitgeist, which is never a guarantee with work of this sort. 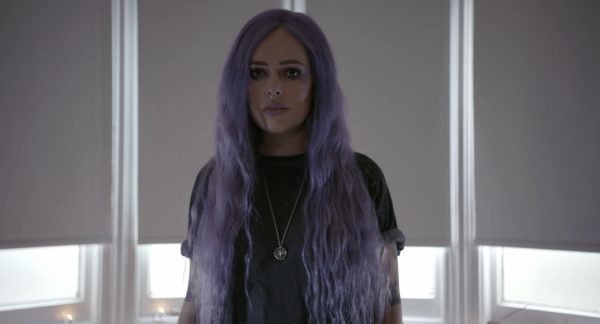 But as is often a problem with films which take aim at insufferable characters, you may not necessarily relish spending 80 minutes with these people, especially as the influencer satire itself is wafer-thin, and the tepid horror elements hardly compensate.

Despite not taking too long to introduce its supernatural hooey, there’s a general reliance on jump scares and familiar Creepy Moments we’ve all seen in so many other found footage-style films. A few inspired moments abound in the second half – a later parody of Most Haunted-style spook shows hits the mark – and a deranged third act twist is certainly good for a laugh, though audiences may not be quite sure how in on the joke the movie always is.

Slivers of potential-rich social commentary do however materialise throughout; Black filmmaker Zauna (Loreece Harrison) freely confesses she only helps Jonty chronicle the ghostly happenings to provide a platform for her own under-represented stories, and most of the central characters have some measure of past trauma to work through. Harben also riffs on the gullibility encouraged by social media’s “fake news” cycle. 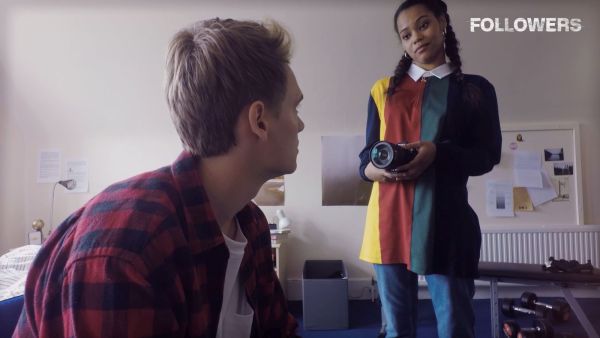 Yet most of these ideas are only fleetingly dealt with and, again, aren’t backed up by sufficiently compelling horror elements. The cast deserves credit, though, for working through the material with sure conviction regardless. Harry Jarvis is effortlessly convincing as the live-streaming hyper-douche Jonty, while Daniel Cahill makes troubled Scottish mature student Pete a dour delight, Erin Austen is perfectly cast as Jonty’s daddy issue-flaunting love interest Amber, and Loreece Harrison sings as the most sympathetic member of the group, Zauna.

But even so, this undercooked satirical horror isn’t current, funny, or scary enough to really work. Despite a solid cast and some interesting ideas, Followers runs out of steam long before it ends, and therefore might’ve been more effective as a short-form project.