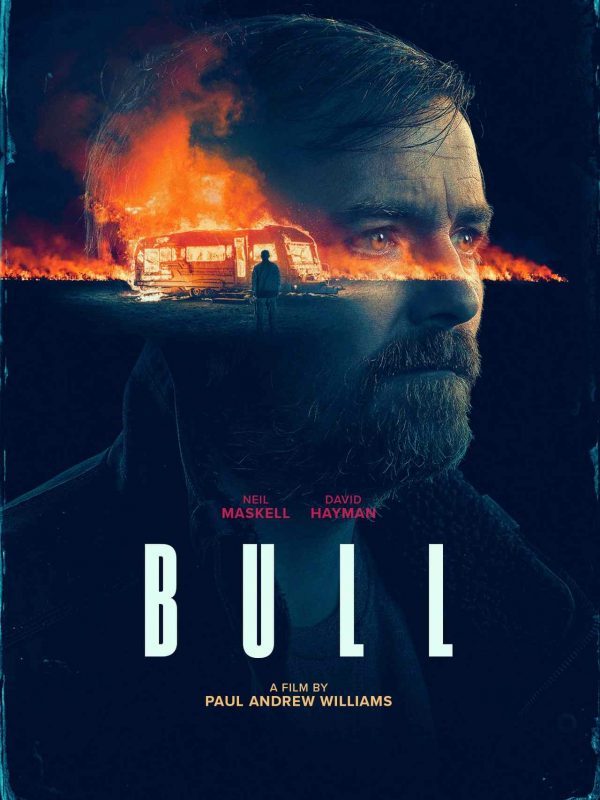 Bull returns to his hometown after 10 years away to take revenge on those who double-crossed him.

Bull is a British revenge thriller the likes of which we haven’t seen for a long while; well, we have, as the market has been flooded with sub-Guy Ritchie ‘Essex-Footsoldiers-on-Green-Street’ no-brainers for years, but there hasn’t been anything quite so raw and savage as Bull for at least a decade.

But there is a story being told behind the violence and Bull has two aces up its sleeve that make it stand out from the pack. The first is writer/director Paul Andrew Williams’ style of storytelling, drip-feeding snippets of information via a non-linear narrative that doesn’t always let you know that you’ve changed timeframe. It’s a little frustrating at first, as Bull (Neil Maskell) goes around killing people who all seem surprised to see him, and he does so without remorse or fear of consequence, referring to Aiden, who we learn is his son. This hopping from present to past scenarios begins to make sense about halfway through, when we learn who is who and how they are connected, and Williams punctuates his story with little stylish flurries to contrast the stark and brutal violence. 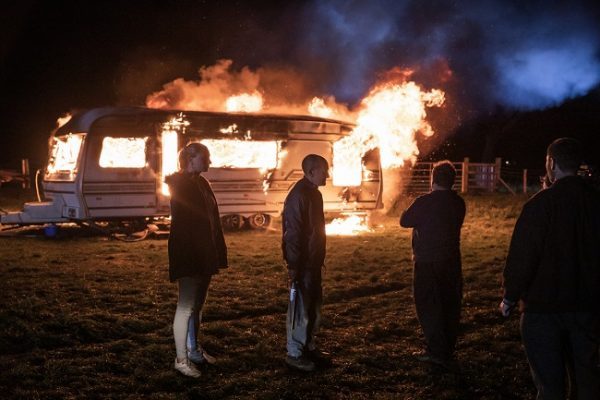 The second ace up the sleeve is Neil Maskell, who delivers a career-best performance as the titular Bull by being both menacing and magnetic, dishing out ruthless revenge in the cold manner of a Terminator and yet he is a man who clearly has love for Aiden, who seems to worship his father, and as Paul Andrew Williams peels back the layers we eventually get to the reason for Bull’s murderous rampage, and may even have a bit of empathy for him.

But why would we empathise with a cold-blooded murderer? Aside from Maskell’s enigmatic presence, the people whom Bull is targeting are equally – if not more – despicable than he is. Chief of these targets is Norm (David Hayman), Bull’s former employer, father-in-law and leader of a criminal gang, and Hayman oozes evil as he goes about trying to find out who is bumping off his close associates, and as Bull closes in on Norm the key details of his revenge are revealed, as are Paul Andrew Williams’ final narrative curveballs, which is where Bull is really going to provoke discussion.

Deconstructing the revenge thriller in under 90 minutes is no mean feat but Bull packs a lot into its lean running time, and if you were wondering how brutal this deconstructing of revenge thrillers is then fear not, as Bull does not hold back from the shootings, stabbings and dismemberments – and there are a few of those – in realistic, close-up detail. Gratuitous? Not at all, as each swipe or stab of Bull’s knife is fully justified and serves to make Neil Maskell’s performance even more terrifying.

Gruelling, grim and fantastically violent, Bull is a movie that grabs you right from the gloomy opening scene and doesn’t let up until it comes back full circle. Not a moment is wasted and once all the pieces are in place everything comes together to go further than the average British crime thriller has dared to for years, eschewing the increasing silliness of the Rise of the Footsoldier movies for something less stylised and more grounded. Bleak and brilliant in equal measure, Bull is the new daddy in town.