Leonardo Interactive and developer Smallthing Studios have announced they are working on Simon the Sorcerer – Origins, a prequel to the classic 1993 point and click adventure Simon the Sorcerer.  Blittersoft first published the original game almost 30 years ago on the Commodore Amiga and MS DOS computers but in early 2023 a new generation of gamers on consoles and PC will be able to enjoy a new Simon adventure.  Watch the announcement trailer below… 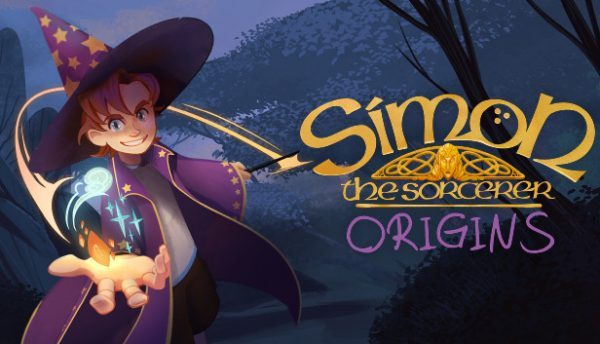 This prequel takes players back in time to a few weeks before the original Simon the Sorcerer game and finally answers some of the questions raised by gamers at the time such as why Simon ended up in the mysterious magical world.  Simon the Sorcerer – Origins will show how Simon’s life changes drastically when he finds himself in the magical world where an absurd and ancient prophecy is unleashed.

Simon the Sorcerer – Origins will feature an engrossing storyline with all the humour and sarcasm that made the original game popular, stunning 2D visuals and animation, a wide range of puzzles to solve and Easter Eggs a plenty.

“We are beyond excited to finally be able to announce Simon the Sorcerer – Origins and embark on the exciting development journey with Smallthing Studios” commented Leonardo Caltagirone, founder of Leonardo Interactive. “It has been a long time wish of ours to revive one of the gaming industry’s best loved and iconic characters. Our goal will be to create a new world brought to life with beautiful modern visuals and all new gameplay mechanics to tell the untold story of Simon’s origins”.

Simon the Sorcerer – Origins will launch early 2023 on PC and consoles.  PC gamers can wishlist the game now on Steam.