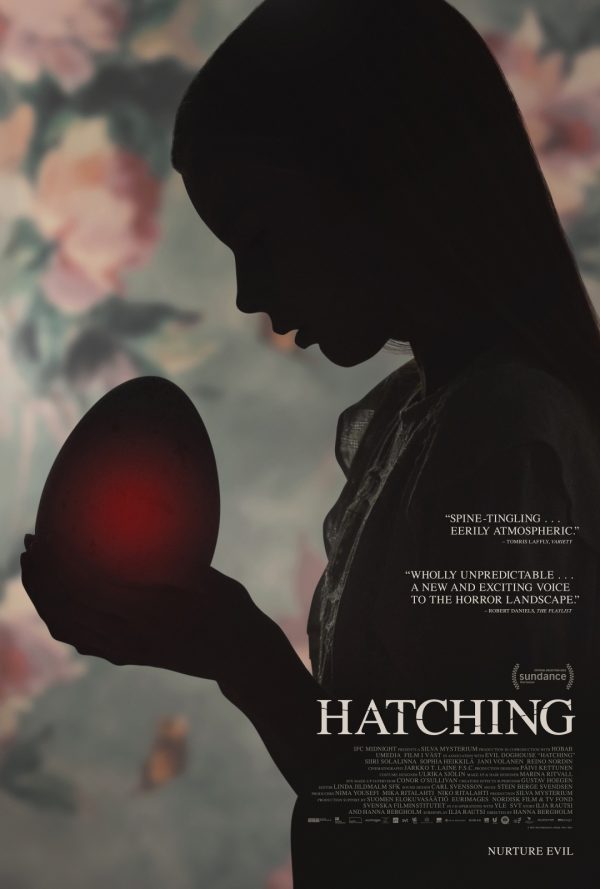 A young gymnast who tries desperately to please her demanding mother discovers a strange egg. She hides it and keeps it warm, but when it hatches, what emerges shocks them all. There is a metaphor at the center of Hanna Bergholm’s Hatching that isn’t exactly subtle or challenging, which would come across as frustrating in most experiences (and it occasionally does here) if not for the filmmaker’s (using a script from Ilja Rautsi) determination to continuously visually expand on the concept by gradually transforming a creature into something else unsettling that I won’t spoil here. It’s not an easy feat to pull off, suggesting a precise and confident sense of direction that knows how to lift the familiar with the compelling craft, whether it be production design (boasting plenty of pleasant colors that fits into the story), puppet effects, a smattering of dry and dark humor, some strikingly gnarly and grotesque imagery, all anchored by a terrific small ensemble game for everything this demented endeavor has to offer.

It all starts with a breakthrough performance from Siiri Solalinna as 12-year-old gymnast Tinja, a loner perceived as a weirdo by her peers, primarily due to her strict and overbearing mother’s (Sophia Heikkilä) pressure to learn and nail all sorts of insane acrobatic moves for her upcoming first official competition. Gymnastics is also not merely a throwaway character trait, as Siiri Solalinna has also gone to great lengths to mimic these astonishing aerial maneuvers alongside the required physicality. She also excels at conveying Tinja’s loneliness, jealousy toward her favored and spoiled younger brother, inner pain upon realizing her mom is cheating on her father, and terror. 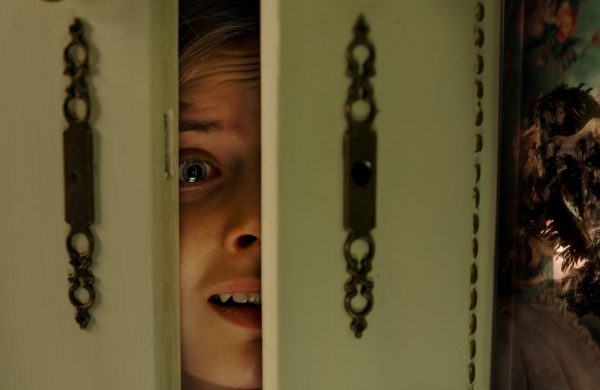 Following a bird crashing through the glass into the family’s home and wrecking shop, Tinja is instructed to dispose of the carcass after Mother coldly snaps its neck. Later that night, guilt overcomes Tinja, deciding to sneak out at night and bury the bird, also finding an egg that she brings back home and hides in her bed. The egg inexplicably grows in size, forcing her to get creative with hiding spots.

Fortunately, Hatching is also not a movie that spends its entire running time building up to this enigmatic, pulsating egg cracking. Upon establishing that this home life is nowhere near as happy or ideal as Mother vlogs to her followers, obsessed with self-image and reputation and, by extension, her daughter’s success at the expense of happiness, it’s not long before we get to see what’s inside. The results are bizarre and creepy, with a creature that seems determined to overcompensate for the lack of tender nurturing Tinja receives from her actual mom. It’s not going to stop there either, intending on hurting anyone that so much as makes the young girl feel bad, whether it be local bullies or the newborn baby of mom’s new boyfriend. Tinja also feels drawn toward caring for it, perhaps making up for her mother’s horrible behavior, lack of friendships, and instinct to not become as cruel as her mom. 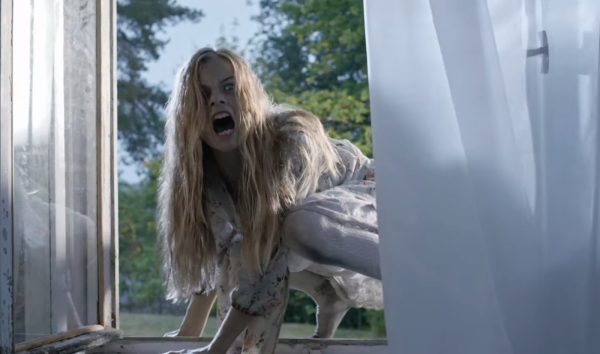 Parenting is clearly on Hanna Bergholm’s mind, but the efficient pacing and new developments are more than enough to keep viewers turned away by the obviousness of that parallel. It shouldn’t be a surprise to say that the hatchling starts like a bird, but some of its mutations give the story more depth and a set of other acting challenges to the already gripping Siiri Solalinna. Even when Hatching starts to get a bit too ridiculous in its third act and strain credibility (with its fair share of dumb character decisions), there’s an imaginative, eerie allure of wondering where things will end up and if they will go to some dark places. There are still cracks throughout the storytelling itself, but the style, atmosphere, and character work are assured and freaky.