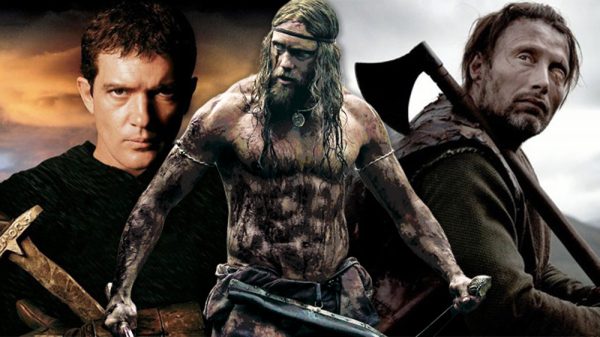 Robert Eggers’ The Northman has renewed interest in everything Norse related. So, if you are in for some berserker style entertainment here are five modern Viking movies to sink your teeth into, literally. Onward towards Valhalla! 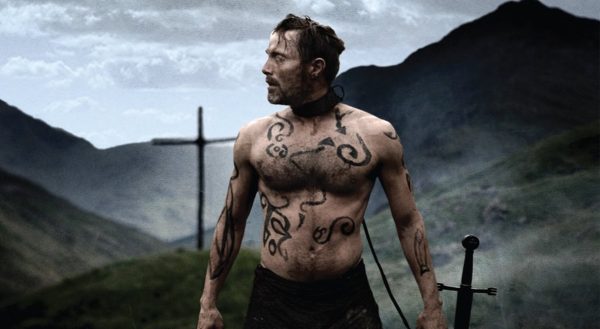 Undoubtedly ‘the’ quintessential Viking movie of the modern era, Valhalla Rising is one heck of a bleak period piece directed by Danish auteur Nicolas Winding Refn (Bronson, The Pusher Trilogy). Headlined by the uber-talented Mads Mikkelsen who plays a mute slave warrior named One-Eye, the film tells the tale of a ragtag band of Christian Crusaders who intends on finding their sacred Holy Land, at whatever the cost and the cost they pay is a steep one.

At the time of its release Valhalla Rising was one of a kind, in that it offered an uncompromising glimpse into the brutal life and archaic culture of the Norsemen. The movie acted as the template for many other Norse related projects that followed, including the acclaimed TV series Vikings produced by the History Channel. But no movie since, has quite captured the fever-dream madness and deranged chaos of the era better than Valhalla Rising. It’s an absolute gem that must be seen. The 13th Warrior had a famously troubled production. Helmed by famed action flick legend John McTiernan (Predator, Die Hard), the film underwent heavy reshoots and replacements in crew throughout the process, which resulted in its budget ballooning to a whopping US $160 million. Unable to recoup the expenses incurred, the movie went on to become one of the biggest box-office duds in Hollywood history, but there’s no denying its inherent entertainment value.

Based on Michael Crichton’s 1976 novel Eaters of the Dead, the story follows Antonio Banderas’ Ahmad Ibn Fadlan, an exiled Arab ambassador who teams up with a group of Vikings to fight a supernatural enemy in the Volga regions. Despite its convoluted narrative there’s a lot to love here, especially when it comes to large scale action spectacle, moody atmosphere and an exhilarating score crafted by Jerry Goldsmith. Just fasten your seatbelts and enjoy this wild, tumultuous ride.

Drawing on his past experience with 2004’s The Polar Express director Robert Zemeckis (Back to the Future) decided to take a crack at adapting the Old English epic poem Beowulf for modern audiences, albeit with a more CGI-animation heavy approach. The result? A thoroughly enjoyable historical-fantasy drama that boasted some eye-popping visual wizardry (for its time) and solid performances by its stacked cast.

Of course, there are narrative similarities between The 13th Warrior and Beowulf, since the former was based on a novel loosely adapted from the original Beowulf poem. And yes, the CGI employed in the movie hasn’t aged too well either. That being said, if you are looking for a good old-fashioned adventure filled with blood and guts, this should definitely appeal to you, even if Ray Winstone’s CGI body won’t.

This strange but cool, sci-fi actioner genre-mashup can best be described as what you’d get if Predator met a bunch of Vikings instead of Dutch and his motley crew of armed mercenaries. Swap Schwarzenegger’s Dutch with former Jesus Christ superstar Caviezel’s Kainan, a technologically advanced soldier from the deep reaches of space, and you’ve got Outlander.

Once again, the plot is one loosely based on the Anglo-Saxon poem of (you guessed it) Beowulf. But the addition of Kainan’s character does lead to some interesting and almost unexpected developments. Give this one a looksee if time permits. It’s got it all- a ridiculous premise, gory violence and of course some juicy Viking shenanigans to boot. 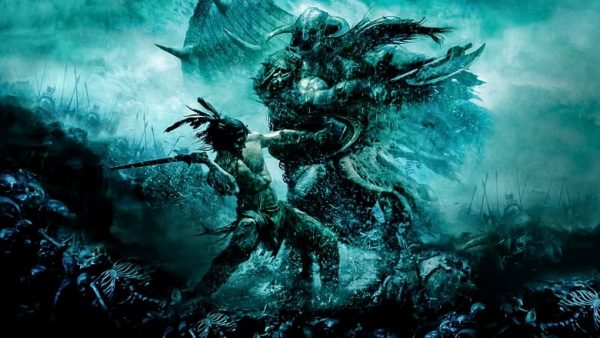 Based partly on the 1987 Norwegian film of the same name, Pathfinder is the tale of ‘Ghost’, the lone survivor of a Viking expedition to the Americas, who ends up being raised by a tribe of Native Americans. Karl Urban, who portrays the adult Ghost, in turn must protect the tribesmen when the marauders return.

Pathfinder is a straightforward movie that does what it says on the cover. German director Marcus Nispel, who breathed life to multiple high-profile horror remakes tackles the project like the veteran music video director he is- going big and bonkers. I mean the Vikings look like WWF wrestlers in metalhead regalia. But beneath all that derivative silliness, there’s also a decent story that ought to keep you invested, so why not?

Have you any Viking movie recommendations that we’ve missed from this list? Let us know on our social channels @FlickeringMyth…