Chris Connor reviews the sixth episode of House of the Dragon… 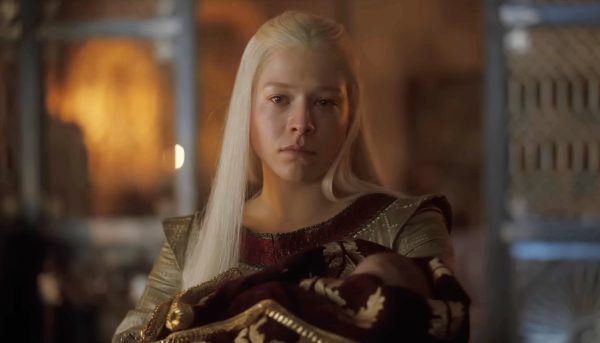 House of The Dragon’s sixth episode acts almost as a soft reset of the show, with a ten year time jump and a host of new characters and changing roles for familiar ones. It shows how the years have changed the status quo in the royal court as friction continues to grow between Princess Rhaenyra and Queen Alicent, now played by now played by Emma D’Arcy and Olivia Cooke.

D’Arcy and Cooke really sell the continued strains placed on their relationship through both circumstance and choice, both playing games with the other and signs that it will come to a head in future episodes.  The pair instantly show signs of fine chemistry and should dampen any concerns following the departure of the stellar younger actors Milly Alcock and Emily Carey. 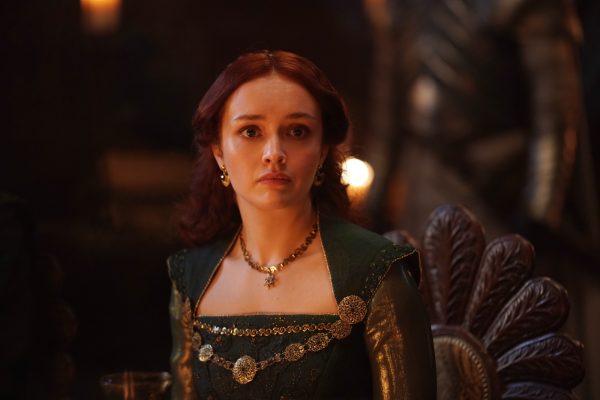 ‘The Princess and The Queen’ pushes the narrative further towards the Dance of Dragons that the show will eventually focus on, featuring the offspring of the Queen and Princess more prominently as they develop into young adults. The episode doesn’t get too bogged down in covering everything that has happened in the interim, and this can cause a bit of confusion as to who is who, but for the most part the show cleverly handles its narrative and continues to impress.

Paddy Considine’s King Viserys is now a frail man and seems to have less say in the running of the kingdom. He is less a part of this episode but the makeup work and the fragility of his performance go some way to pointing how close he is to death’s door. We see more political manoeuvring here – something Game of Thrones at its strongest points excelled in, and again perhaps an indicator of George RR Martin’s involvement – and we begin to get a feel for who is really pulling the strings and those influencing the Queen especially on behalf of her father Ser Otto. 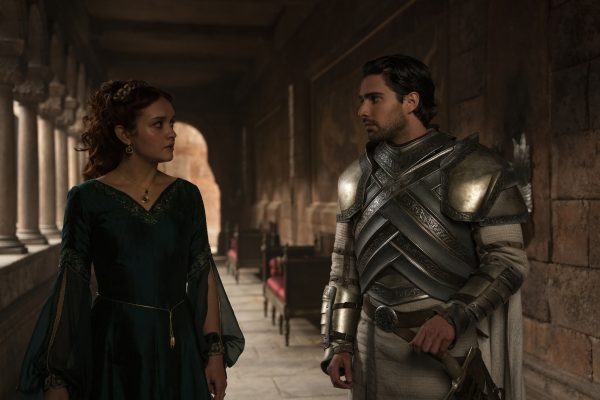 There are two pregnancies in the episode as the Targaryen family continues to expand, including Rhaneyra’s. This leads into a subplot over who is the father of her children and whether they were produced outside of wedlock, resulting in some fraught conversations between the Princess and her husband Laenor Velaryon.

We also get more scenes with the Targaryen’s dragons in this episode than we have in the series to date, showing impressive CGI and the sheer level of power at the family’s disposal across the generations from Matt Smith’s Daemon to the younger members of dynasty. Speaking of Daemon he continues to be a standout character, here more vulnerable than previously and adding some emotional depth to his character. 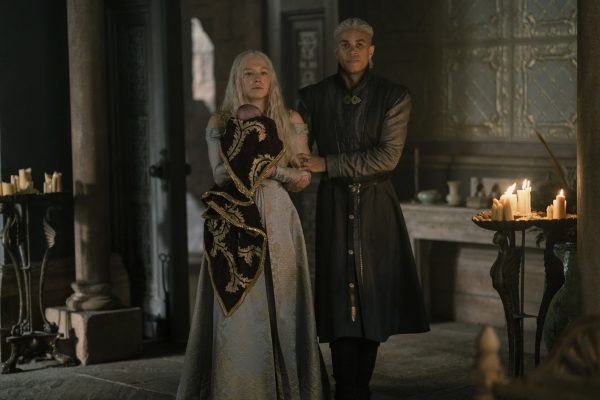 Episode six does a superb job of navigating the lengthy time jump introducing us to the now almost grown up children of Alicent and Rhaenyra, contextualising where the various factions of the court now sit and pulling the narrative closer than ever to an all out conflict. Olivia Cooke and Emma D’arcy instantly feel like they’ve been in the show all along proving an inspired decision to introduce the characters at a younger age so we can see their friendship wane and a rift grow larger with each episode.

‘The Princess and The Queen’ largely manages to balance its growing and changing cast; it will be intriguing to see how the show tackles the increase in action with its final few episodes of this first season, and whether we might get spectacle too rival some of Game of Thrones’ incredible battle sequences.