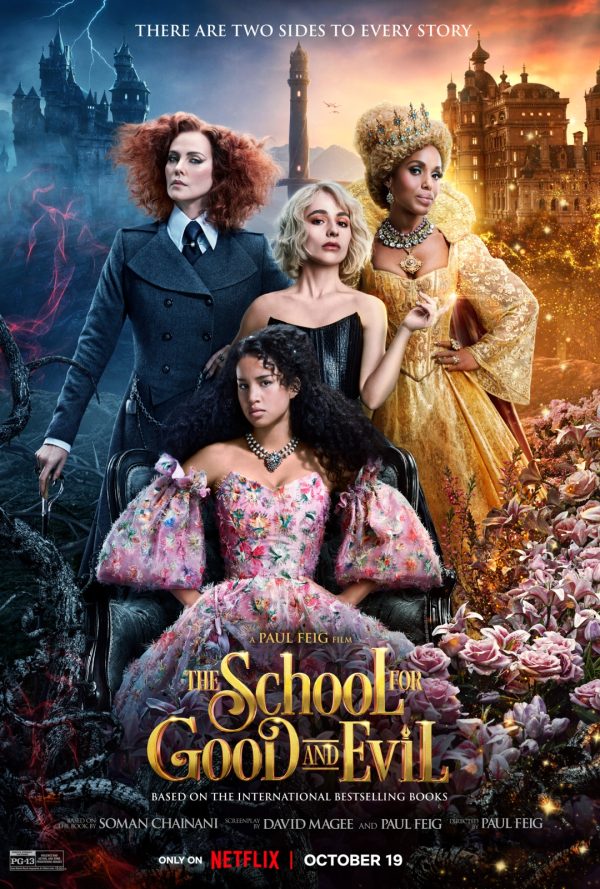 Best friends Sophie and Agatha find themselves on opposing sides of an epic battle when they’re swept away into an enchanted school where aspiring heroes and villains are trained to protect the balance between Good and Evil. 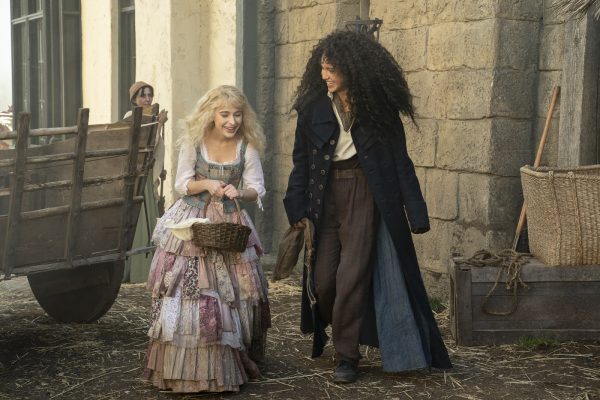 It might be time for Paul Feig to return to basics and his comedy roots. The projects he tackles have been rising in ambition (a much-maligned reboot of Ghostbusters nowhere near as awful as the fandom screeches it is but average nonetheless, thrillers, Christmas rom-coms), with The School for Good and Evil (based on the novel by Soman Chainani, adapted for the screen by Feig and David Magee) his biggest challenge to date; a sweeping fantasy epic intending to deconstruct the good and evil of fairytale stories while putting its stamp on the meaning of friendship.

A long time ago, brothers Rafal and Rhian (both played by Kit Young in the opening flashback, with Laurence Fishburne taking over Rhian) ran the titular school, balancing good and evil in the world while educating the students on heroism and villainy across all fairytales and fictional stories. Every remarkable protagonist or antagonist has existed before, whether it be princesses like Cinderella, heroes like Robin Hood, noble warriors like King Arthur, villains like Captain Hook, or generalized creatures such as werewolves, which not only allows for endless material to teach, but the students themselves are all supposedly descendants of these classic characters. 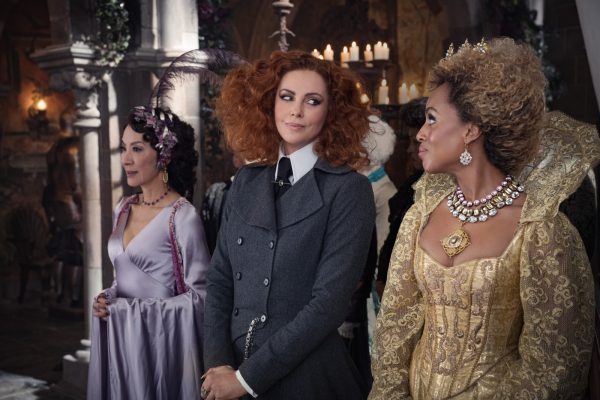 One day, seemingly out of the blue, Rafal decided that he had enough of keeping the scales balanced, attempting to murder his brother for the sake of Evil. For whatever reason, Evil has never won a single battle since this betrayal, and the school still thrives divided up into Good and Evil (Rafal is banished,  Kerry Washington’s Professor Dovey is in charge of Good, and Charlize Theron’s Lady Lesso has taken over Evil). The School has also opened its doors to Readers, individuals of no notable ancestry regarding Good and Evil but teenagers who know about the school through myth and wish to go there.

Sophie and Agatha (Sophia Anne Caruso and Sofia Wylie, respectively) are best friends in the village of Gavaldon. The former has the appearance of a traditional princess but wishes for a life of adventure. She also defends and stands up for her bullied bestie, supposedly a witch. Sophie figures out the key to traversing between these worlds, but not before Agatha finds out and attempts to foil this plan for fear of being abandoned by her only friend, which nets both of them a one-way ticket to the school. 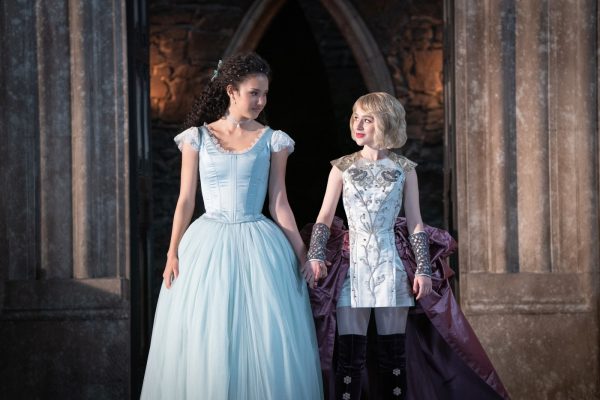 Unexpectedly, Sophie is dropped into Evil, whereas Agatha is dropped into Good. Sophie is convinced there has been a mistake. Meanwhile, Agatha wants nothing to do with this place and to return home. They each end up with a group of classmates and are placed in various courses learning about what it means to be good and evil, which is roughly the only intriguing concept the film has going for it. Take a beauty class run by Michelle Yeoh’s Professor Anemone, which points out how the role of women in the stories is frustratingly limited to looking pretty, or lovely pink flowers that are secretly disguised as something deadly.

Everything else is a long and drawn-out mess of a romantic subplot with Sophie, who detests being a part of Evil, trying to win the love of handsome Good student Tedros (Jamie Flatters), a character whose origins I won’t spoil, but of which making looks alone impossible for him to desire someone. He is surrounded by Agatha, who sees him for the brash and pompous wannabe hero he is, advising Sophie against pursuing his love while also teaching him a lesson or two on what it means to be a good person. The entire ordeal finds characters changing their attitudes and personalities, unlocking their true selves, all as Rafal looms in the distance, making the occasional supernatural appearance to get Sophie on his side for something nefarious. 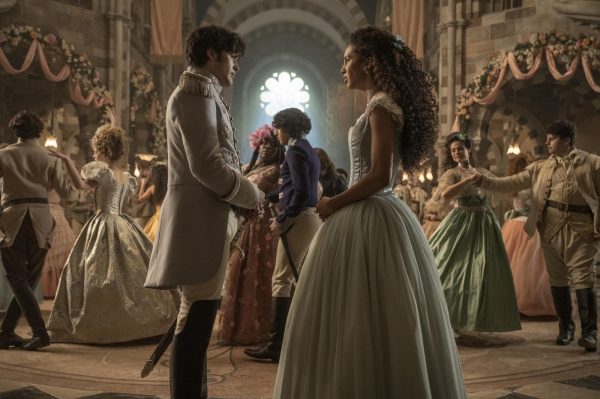 No one can take away from The School for Good and Evil that the costume designs by Renee Ehrlich Kalfus are vividly elegant, filling every frame with dazzling color and speaking to whatever mind frame the characters are currently in. The characters are always gradually shifting, meaning there are also plenty of wardrobe changes, with each one standing out. However, the rest of the film visually is a disaster, bombarded with ghastly CGI (there are so many elements here that are nightmare fuel) with busy and chaotic action that never registers on an emotional level. These bombastic sequences also try way too hard to come across as stylistic desperately (there are copious amounts of slow-motion, and the song Toxic plays in its entirety over a battle between Good and Evil).

There’s also not much compelling about The School for Good and Evil, which does very little with a few good ideas and fascinating concepts it does have. A late-story twist that could have truly turned things upside down and re-contextualized so much we know about fairytales is briefly brilliant before being tossed aside to get right back into the climactic showdown. 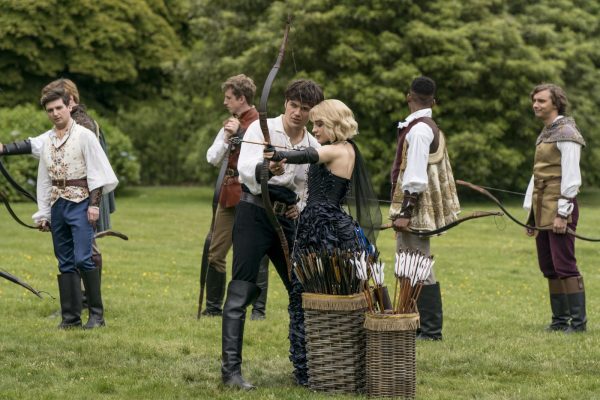 The School for Good and Evil is an exhausting two and a half hours that is narratively limited in scope, and the fact that no one at Netflix told Paul Feig to trim this under two hours is an act of true evil. Then again, the film is so rushed, campy, and unwilling to explore anything about this world that it often plays like a pitched TV series that was chopped up into a movie as a good gesture.