When the holidays roll around, regular folks gather around the television to watch classics like A Christmas Story or Elf with the whole family. Others throw on some sick and twisted horror films to bring in seasonal joy. Let’s celebrate Christmas by looking at some of the most memorable horror-filled holiday movies.

We will discuss ten of the best Christmas horror movies, with the picks ranging from twisted French Extremities to films for the whole family. Let us know which of these picks you enjoy, and offer up your favorites. You can find these films on Netflix, Disney+, Peacock, HBO Max, and beyond. Introducing young viewers to spooky movies is crucial to building a life-long horror fan. Just as important as a Christmas movie, a good kid’s horror film can shape someone’s life forever. The Nightmare Before Christmas is one of those near-perfect examples of introducing the macabre to young viewers while also keeping things festive.

For those unfamiliar, the story follows Jack Skellington, the King of Halloween Town, who grows bored of his title and seeks something new. His new addiction is Christmas, which he takes over and adds a dark edge. Many will cite this as their introduction to Christmas movies, horror films, and stop-motion filmmaking, which helps remind each of the importance of this Disney classic.

Nightmare Before Christmas is a staple for many every year, along with plenty of other family films. Pop this in and explore one of the more friendly darker sides of the holidays. 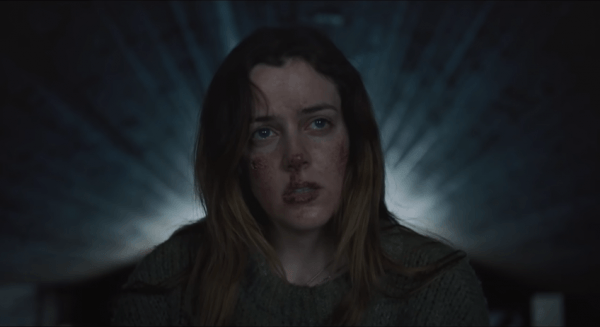 Calling back to the Giallo classics of the 70s, The Lodge is an atmospheric and moody film that was massively overlooked in 2019. One of the most unsettling films included; you can’t go wrong when you want something more morose in your horror.

Led by Riley Keough and Jaeden Martell, we see one of the most twisted family trips for the holidays. A stepmother becomes stranded at their rural lodge during Christmas, unleashing some dark secrets. The film is well-acted and sleekly made, making the movie feel a bit more polished than other projects. You can tell there was an attempt to make a serious horror film, which paid off.

If you’re in the mood for something more severe in your seasonal horror, turn to this modern exercise in holiday dread. I hope you’re ready for a rough and sad night around your Christmas tree. Rare Exports is a 2010 Finnish action horror film, which feels like a far too simple way to describe it. There’s a beautiful fantasy element, some horrifying scenes, and a perfect Christmas vibe. When Roger Ebert himself calls a film “an R-rated Santa Claus origin story crossed with The Thing,” you know you’re in for a treat.

If you’ve seen it all when it comes to Santa Claus and Christmas horror, brace yourself for such a pleasant surprise. Capturing the holiday time of year is complex, and underrated filmmaker Jalmari Helander does so in such a refreshing way. We follow the young Pietari as he tries to stop the emergence of Joulupukki, a Finnish version of Santa. We get isolated, frosty horror that does remind you of The Thing by the end.

Craving a holiday treat that’s a bit different? Check out Rare Exports: A Christmas Tale and get ready to see a whole other culture craft some of the most memorable seasonal scares. With the release of Halloween in 1978, the film industry went into overdrive, trying to jump on the hype. We’ll talk about another classic holiday horror that shaped the slasher genre, but we were still in the very early days when Silent Night, Deadly Night dropped. The 1984 movie is far more layered and strange than you remember, making for a stellar rewatch.

What a time this movie had upon release as it received boycotts and a significant backlash for depicting such a kid-friendly time of year as something so twisted. It would become commonplace decades later, but Silent Night, Deadly Night did kick off a trend that we still see today. We wouldn’t have as many slashers focused on holidays if it wasn’t for this filthy little piece.

With the movie, you get more than just a slasher, as Robert Brian Wilson’s Billy Chapman is one of my favorite characters in all Christmas horror. The French know how to make an excellent gnarly horror film, and one of their few holiday offerings proves why they’re masters of the genre. Much of The Lodge, Inside is a much more serious and melancholy take on Christmas horror. While the seasonal aspects of the film take a backseat, when you are reminded this takes place on Christmas, it makes it that much sicker.

The little you know about the film, the better, but the basic plot is enough to intrigue you. A pregnant woman is getting ready for her Christmas baby when a mysterious and dangerous woman enters her home. She only wants one thing, and you can imagine how sick the actions of this murderous invader become.

Inside is not for the faint of heart, but it’s a worthy watch for fans of extreme horror. In a list that includes family favorites and mainstream classics, you can’t miss out on something a bit more arthouse for your Christmas season. This is one wild Christmas horror film with something for everyone. Going from one of the more intense entries to one of the more lighthearted, don’t let the charming nature of Anna and the Apocalypse fool you. There’s a fantastic leading lady, and there are zombies; we got the Christmas season, and did I mention that it’s also a musical?

Yes, Anna and the Apocalypse does something wholly original with holiday horror and gives viewers one of the most delightful experiences. It’s still a brutal movie as we see the titular Anna slash and sing her way through the undead. Joined by her friends, they are all trying to reach their loved ones, giving way for the film’s more heartfelt moments. There’s seriously something for everyone with this one.

While every film on the list comes with a big recommendation, put 2017’s Anna and the Apocalypse near the top of your list, as it’s a must-see. 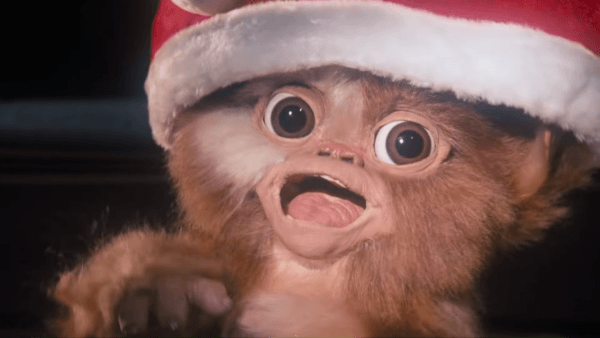 The second entry on this list from the great year of 1984, you can feel the impact of Gremlins still to this day. There would be no Baby Yoda if it weren’t for the effortlessly adorable Gizmo and his merry gang of misfit offspring. No Christmas season would be complete without a viewing of this absolute Joe Dante horror comedy classic.

Another example of why making horror films for all audiences is vital, Gremlins feels like a perfect introduction to the darker side of cinema. For all the charming moments and the action-adventure quality, it’s a deeply twisted movie with a surprisingly high body count. If you doubt the grim or horror side of the film, count the murders and recall the twisted story Phoebe Cates tells about the holidays.

Gremlins is one of the best movies of all time, significantly if you grew up in the 80s and love the genre. But all that aside, it’s a simply iconic Christmas horror film that’s still beloved today. Making a modern Christmas horror movie is more challenging than you think. You end up with far more lame attempts like Jack Frost or Santa’s Slay than you do something like Krampus. After dominating Halloween with his classic Trick ‘r Treat, Michael Dougherty turns to Christmas for his next project and creates one of the most enjoyable genre entries in years.

Focusing on the criminally overlooked story of Krampus, we follow a young boy who wishes for his family to stop fighting on Christmas and gets them all captured by Santa’s evil counterpart. It’s another kid-friendly horror entry, but don’t let that fool you as well because it’s another hilariously dark ride.

Dougherty will quickly run out of good holidays if he keeps it up, but after Krampus, I’d trust him to do just about anything. This film soon became a yearly watch for me, joining the ranks of Nightmare Before Christmas and another upcoming entry. One of the newest movies featured, Better Watch Out, is nearly a modern classic. Somehow, the newness of the film makes it much more special. As previously mentioned, we’ve seen it all in holiday horror films. But Better Watch Out is aware of that and uses our genre bias against us to craft one of the more intriguing movies on this list.

When you think you know how a movie will work, a film like this shakes up any preconceived notions. Much like Inside, Better Watch Out is a film that works better if you know little about it. We have elements of a home invasion film, American Psycho, and Home Alone, all mixed to create one of the genre’s most needed inclusions.

It’s hard to overstate it, but Better Watch Out stands next to one of the heaviest hitters when discussing Christmas horror. If you’re looking at impact, relevance, and actual quality, Black Christmas checks off all those things. There’s so much that this 1974 film changed that can’t go overstated; it’s the birth of slashers, one of the first real holiday-based horrors, and birthed a few great careers. We’d have no A Christmas Story if it weren’t for this little indie slasher. This was Bob Clark’s coming out party as a Christmas filmmaker, and it should be remembered as a launcher of so much holiday goodness.

Black Christmas is also such a great film that they’ve tried to remake it twice with little success. The mid-00s Black Xmas had an edgy WTF quality, but it still falls flat. And the more recent attempt from Blumhouse saw pretty disastrous results. While I’m all for remakes, especially in horror, some pieces are too difficult to capture again.

The whole reason for this list is Black Christmas, and it’s truly the best of the holiday horrors.

What are your favorite Christmas horror movies? Let us know what you think by reaching out on our social channels @FlickeringMyth…