Queen Studios and Sideshow have released promotional images for the impressive life-size Thor bust which is inspired by the appearance of Chris Hemsworth as the God of Thunder in the Marvel superhero epic Avengers: Infinity War. Limited to 366 pieces, the collectible is available to pre-order now, priced at $4,200; check it out here… 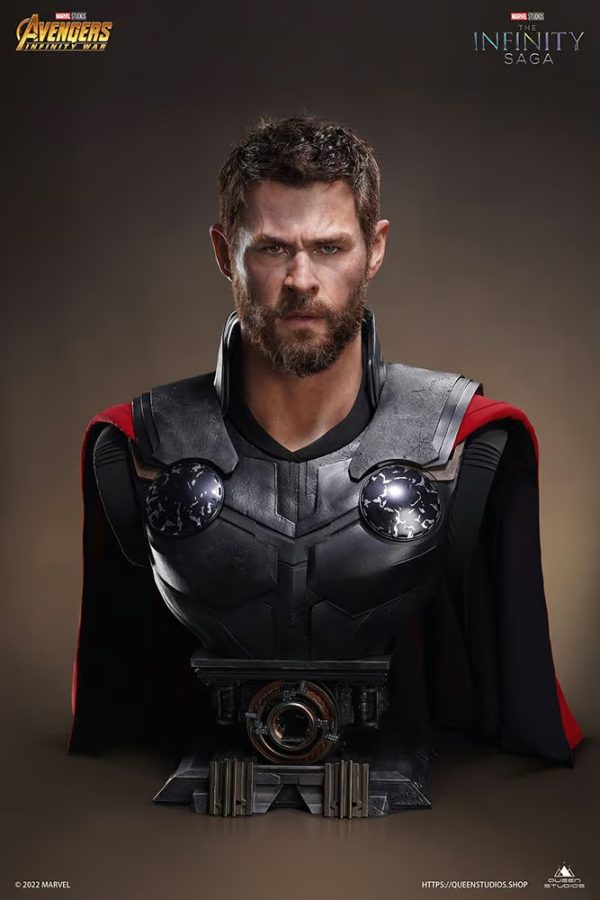 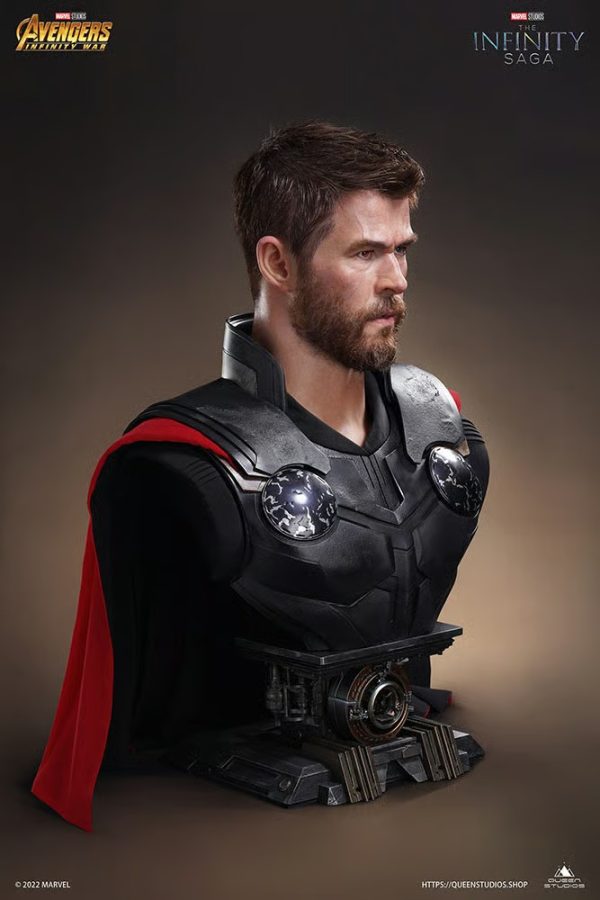 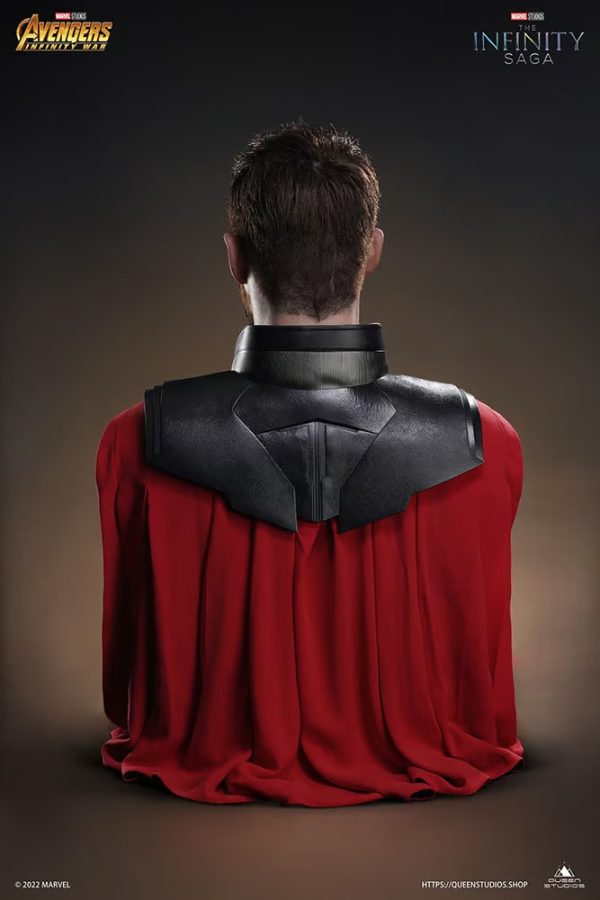 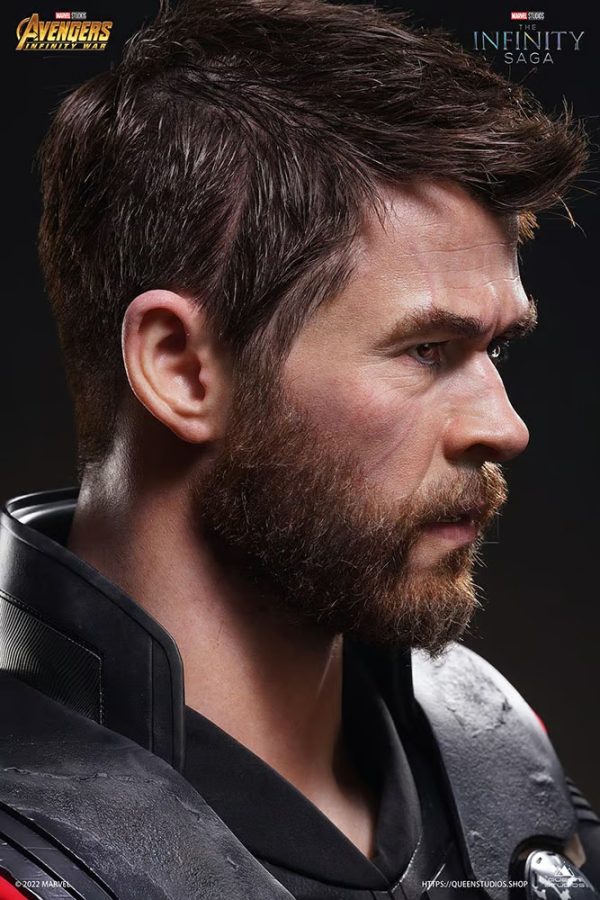 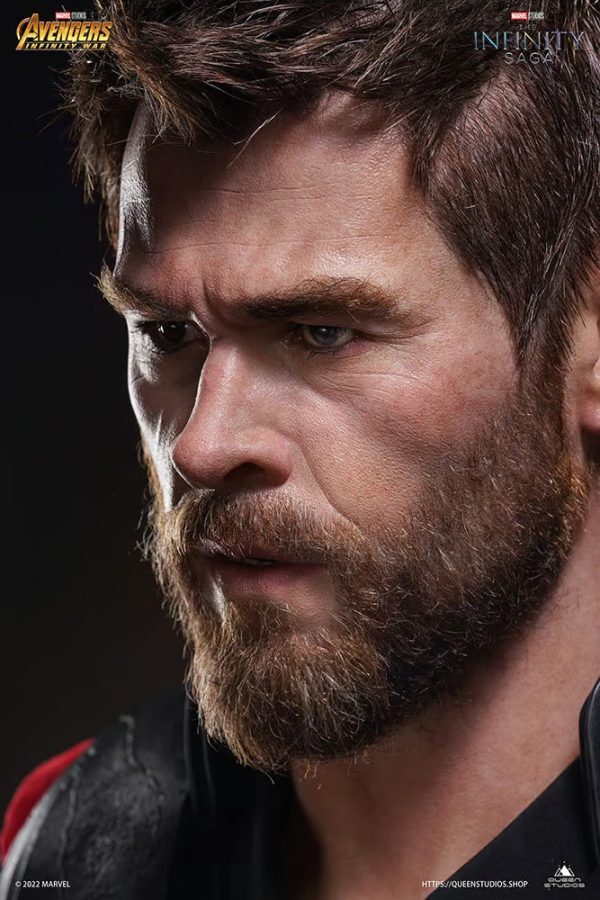 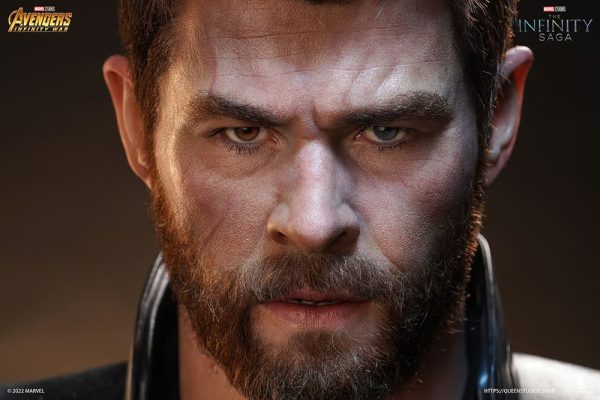 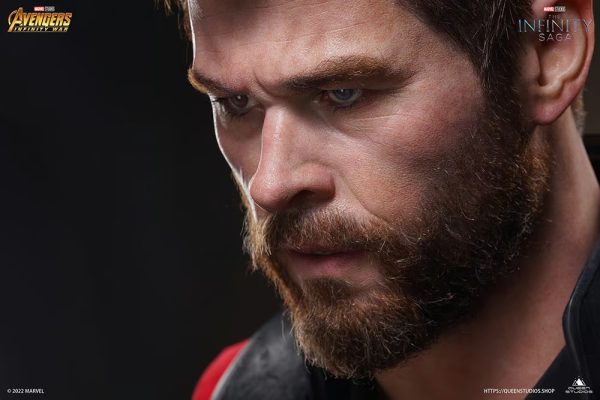 This 1:1 scale life size bust is inspired by Thor from Marvel Studios’ Avengers: Infinity War. The bust stands at 73cm tall and captures the God of Thunder with movie accurate body armor, short blonde hair, and trimmed beard. Created using state of the art technology and the finest materials, the Queen Studios team have spent countless hours on the head sculpt to capture the characters likeness with breath taking accuracy.

This 1:1 scale Thor bust recreates the God of Thunder with perfect precision. Each hair is painstakingly punched one at strand at a time before being professionally cut and styled. His platinum silicone is masterfully painted capturing Thor’s skin tone even down to the battle scars and pores on his face. Thor’s armor is sculpted to recreate the character’s strong frame, while the base is inspired by the Dwarvian forge and Thor’s involvement in forging Stormbreaker on the Dwarf planet Nidavellier. Don’t miss the chance to add the Thor Life-Size Bust to your Marvel collection! 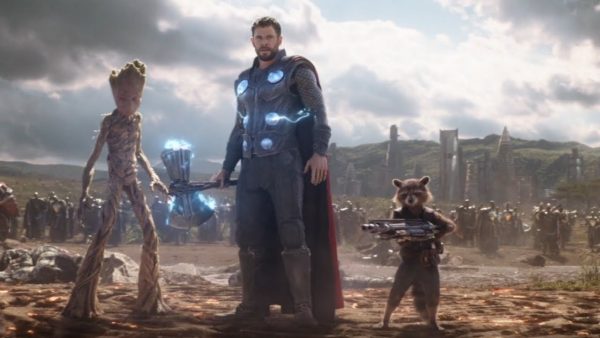 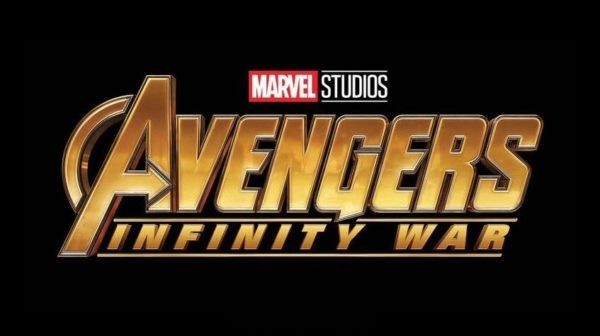