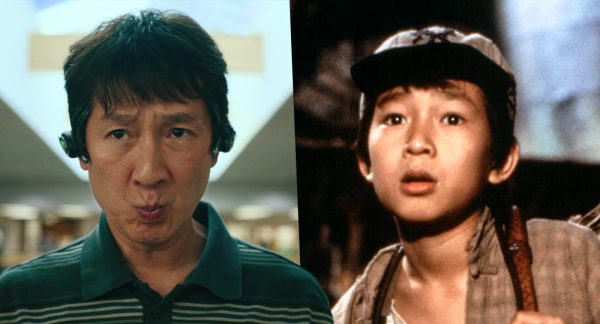 Growing up in the 80s I was lavished with great movies. I loved all kinds of films, from kidcentric adventure films to movies like Terminator and Die Hard which I really shouldn’t have been watching. Many of my idols growing up were adult characters. It was Indiana Jones or Han Solo, Arnold Schwarzenegger or Sylvester Stallone in various guises, or Dolph Lundgren (yeah you heard me…he was He-Man!!).

What of young ‘uns I may conceivably have felt more connected to? Well, not quite so much. Perhaps it was an abundance of favourites with a young female protagonist, like Labyrinth. As opposed to feeling like Jennifer Connelly was a fantasy buddy I’d love to have, she was my first crush. There were other kids, but sometimes they were overly precocious, or didn’t quite have that telling charisma.  In truth, it would be Macaulay Culkin in Home Alone, or a passing appreciation of the Coreys that I next thought a movie kid was cool AF.

Before connecting with Mac though, there was one movie kid. I’ll tell you who the coolest damn kid of the mid-80s was… 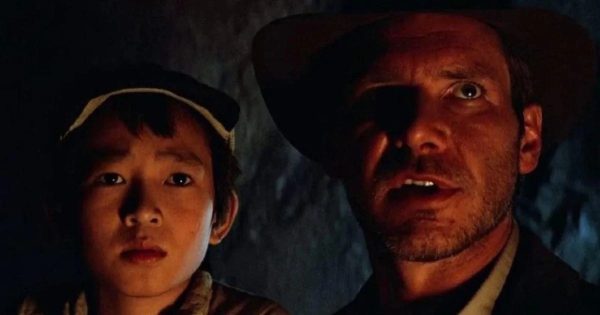 In isolation, either could still have been the case, but Ke Huy Quan (aka Jonathan Ke Quan) wasn’t just Data in The Goonies, he was Short Round in Indiana Jones and the Temple of Doom. To me, growing up and watching those films, being introduced to both probably within a very short space of time, this kid was the coolest. He was my favourite Goonie. He was also a youthful conduit for this here angelic wee boy (or potential new Damian) to Indiana Jones, the most badass hero of the era. Kids didn’t get to engage in adventures with the likes of Indy for the most part, but Short Round was an exception.

When watching back retrospectively, there’s always that danger that what once was amazing could now be irksome. Particularly the notion of the child sidekick in an adventure film. The kid in The Golden Child, or Ernie Reyes Jr. in Red Sonia… yeah, kinda annoying. In The Temple of Doom, Short Round is great. He is blessed too, with an annoyance immunity. This dose of the vaccine comes in the form of Kate Capshaw’s character who eeks and shrieks her way through the film. Any notion of Ke Huy Quan being an annoying kid, dragging the film down is thrown out the window. Then there’s the Emperor kid, who is a total douche (played as such of course). 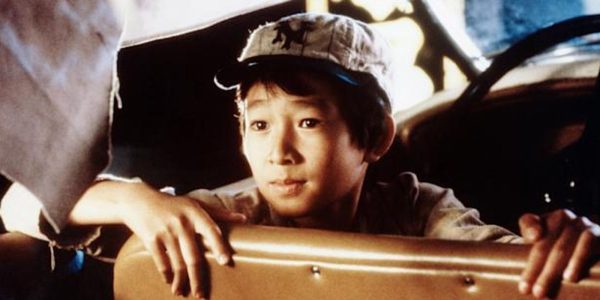 Short Round could drive a car. He knew Kung-Fu. He got in on the action and actually proved a valuable aid in Indy’s quests. Let’s face it, Short Round is an upgrade on Marcus (brilliantly played by Denholm Elliot) who bumbled and stumbled around in The Last Crusade, constantly proving an inconvenience in the quest. Short Round was a kid hero for me, so imagine how much of an icon he might have been to those of Asian heritage growing up?

Whilst the film itself has dated with a lot of its racial stereotypes, Short Round manages to sidestep many of them (because some of the Indian stereotypes are regrettable to put it mildly) but ultimately, his actual impact on the film and participation in acts of heroism overcome any such gripes. For its faults, Temple of Doom is still a rollicking good ride. 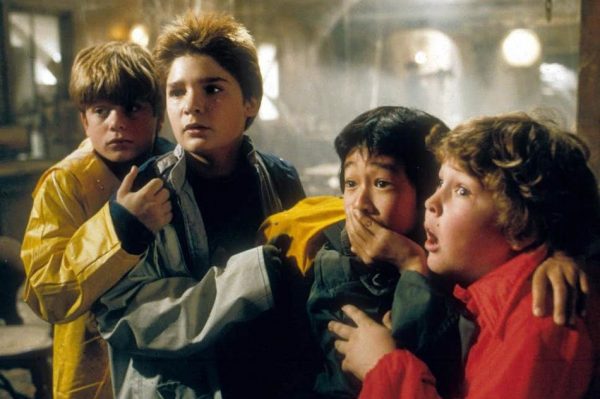 In The Goonies, a childhood staple, Quan played Data. Look, I loved all the Goonies. I always enjoyed Corey Feldman in the 80s, partly as he popped up so often in so many iconic films. Each character had their unique quirks. The two more comical characters were of course Data and Chunk. I was always enamoured with Data’s crazy inventions, like many kids of course. I was enthralled by the mechanics and amused by their inescapable malfunctions.

This was a kid with snapping teeth grappling hook, a retractable, long-distance boxing glove, 5 second high powered torches (“the only problem is the batteries don’t last so long”) and a gift for the comical entrance. Again, in an era of really dated stereotypes, Data comes off lightly, but as with many things of the era, the context of the time is to be considered. 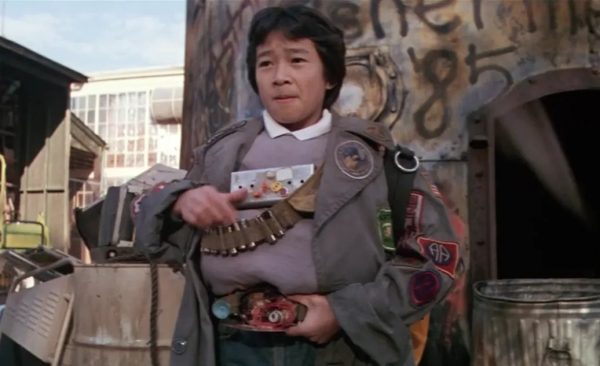 Once again though, Data proves his worth. He, like the rest, has his moment in the sun. He has those heroic moments. Said acts would be accompanied by a distinct Data theme too and built up as special. In part, it was to build up the use of his gadgets before an often inevitable failure, but what is so compelling about Data, particularly back then to a young impressionable kid was his will to keep on trying and never stop believing in his contraptions.

So what happened to Quan after? For me, I never saw him again until Encino Man and then for a time that seemed to have marked the end of his career. The parts weren’t coming. Like many child stars, success so young didn’t automatically translate to success later on and would have been even more difficult for a non-white actor. With Encino Man, Quan was playing an archetype that felt hollow, the kind that probably represented most of what he was being offered at the time (the bookish and socially awkward Asian student for example). 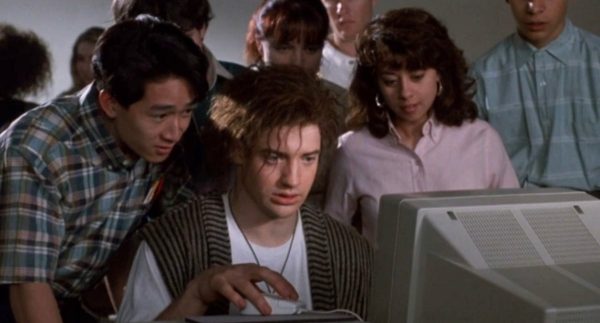 It was upon seeing the blow-up success of Crazy Rich Asians that Quan felt compelled to return to acting. With only a bit part in 1997 and another in 2002 after Encino Man, he finally came back with Netflix’s Finding Ohana, a solid return but it was the next film that proved transcendental for Quan; Everything Everywhere All At Once.

Firstly, at heart, it’s a story of Chinese immigrants making a life for themselves in America and the inherent struggles and hard work required to do so. It’s also a farcical comedy and sci-fi multiverse opus with butt plug gags. It provided a major leading role for an actress so often neglected for the least she deserves, which is to be a leading lady. Michelle Yeoh proved a revelation and has been killing it during awards season. It’s a testament to decades of perpetual great work and constantly being overlooked. 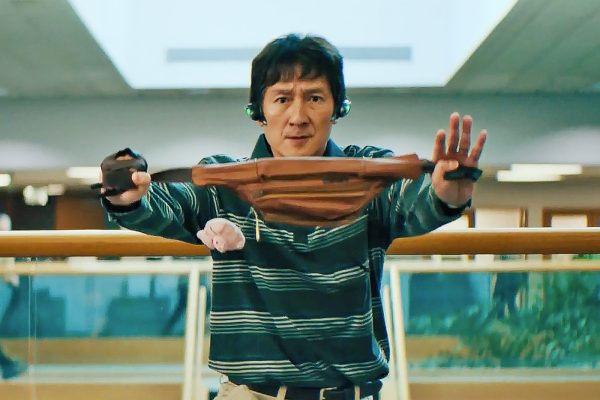 Then there’s Quan. For many, it was the first triumphant return to the screen of Data/Short Round. In truth, it’s the first role of significance he’s had in something so major since 1985 as Data. Quan was a revelation. It struck me even when watching it at the cinema. This is Hollywood at its best. It’s the comeback kid, the feel-good resurrection story.

Even notwithstanding the humility and emotional arcs of Waymond as a character, I felt the heartstrings pull by the very fact that Data had returned. That a once-kid icon was back in the game, getting his dues as a (now) 50-year-old man. The best part is, he still had a certain youthful exuberance and charm in many scenes (a few little shades of Data/Short Round), offset by emotional maturity. Like his previously triumphant heroes of childhood adventure stories, Quan is still playing the unshakably good character. A character of immovable positivity (which becomes a key point of Everything Everywhere). 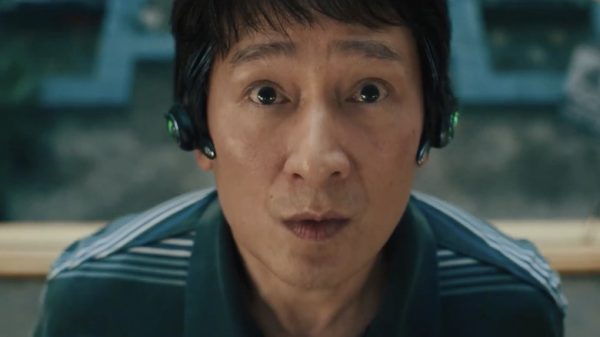 Ultimately, when Ke Huy Quan took to the stage to collect his Golden Globe (it did bring a tear or two I admit), it marked the feel-good moment of awards season. All that is needed now is for him to be recognised by the Academy. Maybe it feels too, like an admission. For years this fine actor was overlooked or confined to background decor. Hollywood might just have admitted they did Ke Huy Quan wrong in the years after his breakout. Let it not happen again.

Tom Jolliffe is an award winning screenwriter and passionate cinephile. He has a number of films out around the world, including When Darkness Falls and several releases due out soon, including big-screen releases for Renegades (Lee Majors, Danny Trejo, Michael Pare, Tiny Lister, Nick Moran, Patsy Kensit, Ian Ogilvy and Billy Murray) and War of The Worlds: The Attack (Vincent Regan). Find more info at the best personal site you’ll ever see here.